Returning giraffes back home to Lake Baringo in Kenya

After a decades-long war between the Pokot and the Ilchamus peoples over land, livestock, and water, the two communities of Kenya’s Lake Baringo called a truce. Five years later, in 2011, the residents welcomed back eight Baringo giraffes, also called Rothschild’s giraffes, an endangered species that had been driven from the region.

The giraffes lived on a protected peninsula near the lake where Ruko Community Wildlife Conservancy rangers like Mike Parkei, featured in the video above, would care for their wellbeing. 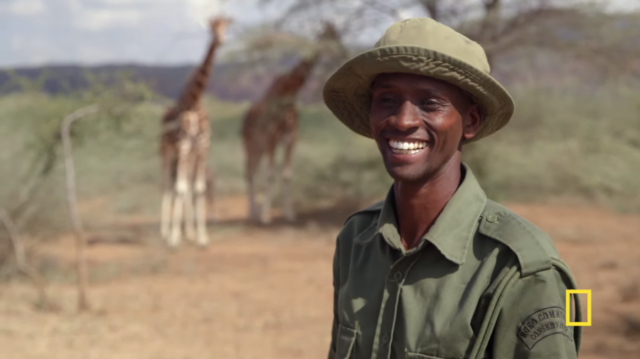 In this NatGeo Wild video, Ruko conservationists Rebby Sebei and Rebeca Kocheulem, Ranger Parkei, and Save the Giraffes President David O’Connor share what the giraffe population means to the Lake Baringo ecosystem and to them personally. 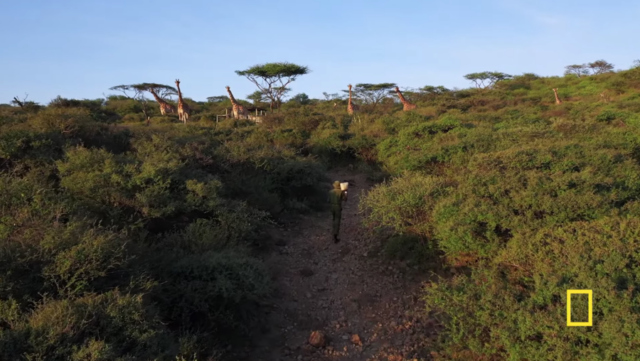 The video is from Saving Giraffes: The Long Journey Home, a National Geographic film on Disney Plus that documents the communities’ “unprecedented effort to keep the peace through conservation.” Note for younger viewers: The uplifting film about teamwork and animal welfare features a few brief wartime news clips early on.

The conservation plan goes well until torrential rains from our changing climate turned the peninsula into two shrinking islands. This animation by Duke & Duck chronicles giraffe Asiwa’s separation from the herd, Parkei’s care for her baby, and predators that the stranded giraffes faced: 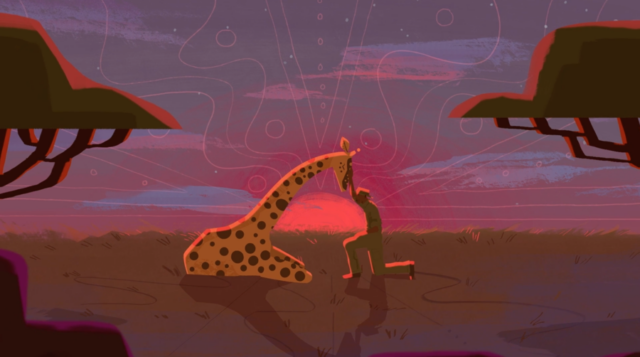 Spoiler: Asiwa’s calf, “the first young one” of the project, does not survive, prompting the devastated teams to plan a rescue for Asiwa and the other giraffes from the islands.

Though her capture is harrowing, they’re able to transport Asiwa to safety. In the video below, the marooned giraffe gets a ride to a sanctuary on the mainland on a community-made barge they call “The Giraft.” 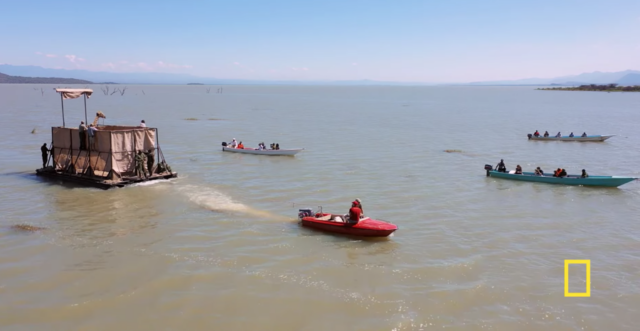 The documentary Saving Giraffes: The Long Journey Home can be found on Disney Plus.

Watch more stories of conservation on TKSST, including:
• Larro’s Rescue by the Sheldrick Wildlife Trust
• Orphan baby chimpanzees learn how to climb
• Running with a recovering baby rhinoceros

Bonus: “It’s nerve-wracking to watch a giraffe run for the first time…”