More Evidence Birds Can Count: Where’d that other mealworm go?

Researchers are eagerly tricking wild New Zealand robins, but it’s FOR SCIENCE! Watch as this box with a sliding trick drawer helps Alexis Garland and Jason Low at Victoria University of Wellington observe the behavior of a robin after it’s offered two mealworms. The experiment was set up like this:

After clearly showing a robin that she was dropping two mealworms in a circular well in the box, Dr. Garland would slide in the drawer. It covered the two worms with an identical-looking circular well containing only one worm.

When the researcher moved away and the robin flew down and lifted off a cover, it would find only one worm. The robins pecked intensely at the box, behavior they didn’t show if they found the two worms they were expecting.

So here’s the big question:

If birds and mammals can count, does this mean some kind of mathematical ability goes back to a common ancestor before the dinosaurs? Or did two separate paths lead to the same abilities?

Read more about the research at The New York Times: One Mealworm, Two mealworms: More Evidence Birds Can Count. 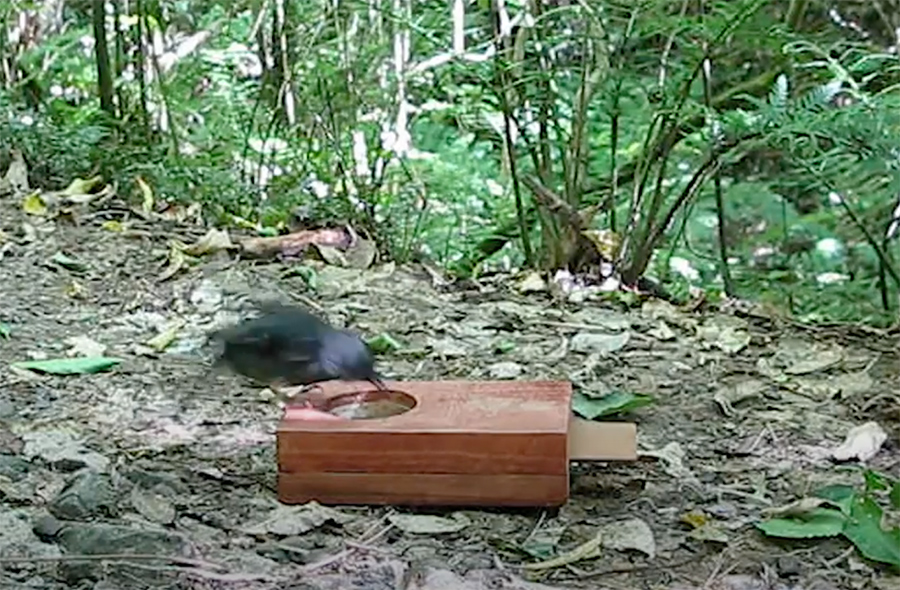 Related watching, this incredibly smart bird: a wild crow solves a complicated eight-part puzzle to get to its food.

Toad Feeding Session: Do these toads want to share their lunch?

The secrets of citrus micro-jets, captured in high speed