Shaolin Kung Fu training as seen from high above Earth

What can we see from a satellite image captured in space? The Grand Canyon. The Great Barrier Reef. The Greenhouses of Almeira. The Palm Islands. Great rivers, bridges, mountains, forests, deltas, lakes, and so much more. But it’s very difficult to see humans in satellite images. We’re just too small… unless perhaps if we’re together in a massive group.

In this BBC Earth from Space clip, thousands of Shaolin Kung Fu students perform in unison at their school. The shoot’s director Katie Parsons explains that “the entire scene looked like an optical illusion. It was an overwhelming sight… breathtaking and unlike anything any of us had ever encountered before…” 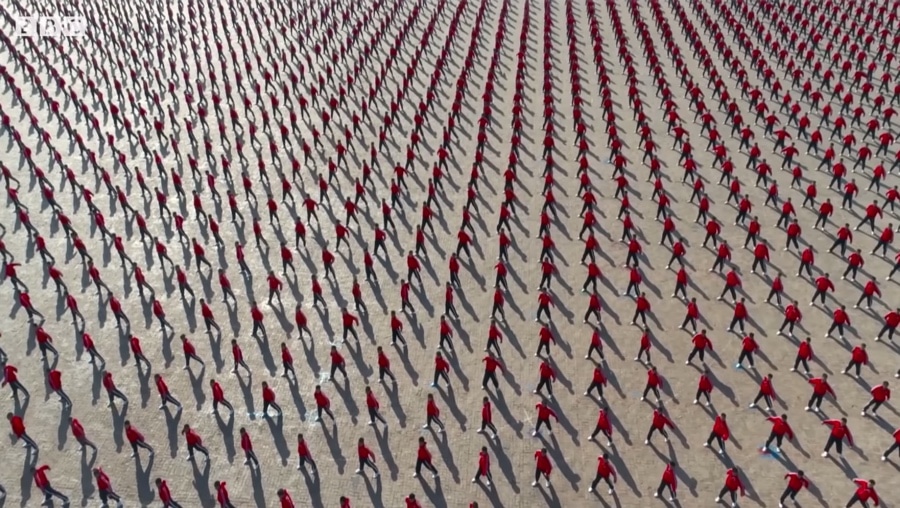 It is genuinely hard to find the words to describe the scene – to see this many humans moving as one, was just jaw-dropping – so much so that the crew each individually had to take a moment to take it all in.

Then half way through, as 10:30 am arrived, I thought about our satellite, whizzing past high above, (hopefully) capturing this mind-boggling event, in the middle of China.”

Plus, see Parsons’ report from the day of filming, a one time opportunity to capture the event as the satellite passed by.

Recommendation: The book Overview: A New Perspective of Earth.

On the Great Wall of China: Dancer NONSTOP