As the nation’s first Black congresswoman and the first woman to run for President of the United States, Shirley Chisholm, as lawyer and professor Kimberlé Crenshaw explains, stood at the intersection of the civil rights movement and the women’s rights movement of the late 1960s and 1970s. She is an icon for the generations who followed her.

This episode of Black History in Two Minutes (or so), hosted by Henry Louis Gates Jr., introduces Shirley Chisholm, who served her Brooklyn constituents for seven terms. 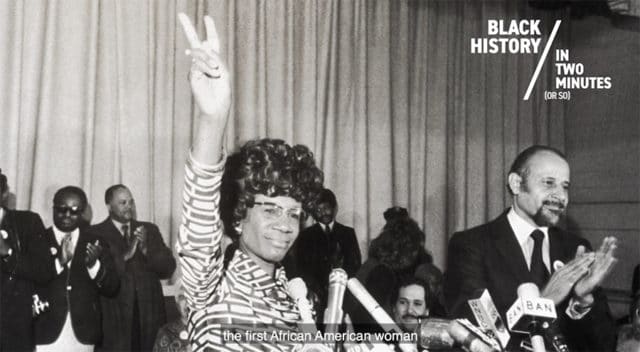 “Chisholm set her sights on challenging the system. Unsurprisingly, her tenacity made her a force to be reckoned with. A true visionary indeed, Chisholm sought the presidential nomination in 1972, and her mere presence on the campaign trail was a victory for minorities in politics.” 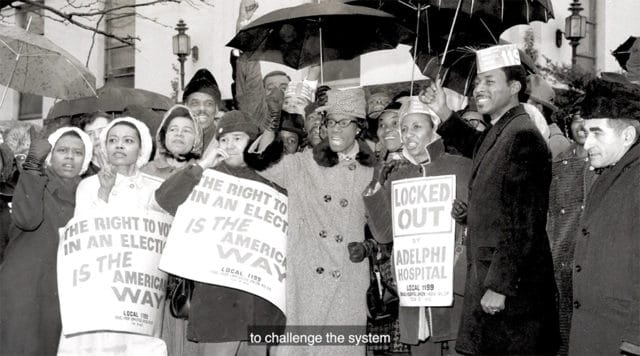 The daughter of immigrants from Barbados and Guyana, Chisolm had a significant impact on anti-poverty policy and educational reform. In 1971, she was a founding member of both the Congressional Black Caucus and the National Women’s Political Caucus…

Beset by both racist and sexist opposition, she failed to win her party’s nomination, losing to anti-Vietnam War candidate Senator George McGovern. Always an advocate for poor, inner-city residents, Chisolm said, “I am and always will be a catalyst for change” and would go on to serve another 11 years in Congress. 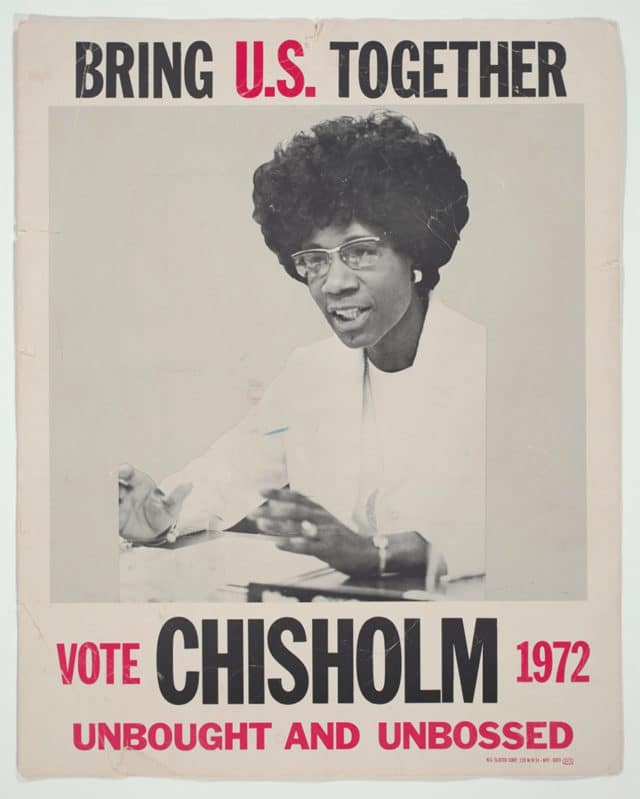 Previously from the team at Black History in 2 Minutes (or so): Reconstruction: The Vote. Plus:
• Marian Anderson’s ‘defiant performance’ at the Lincoln Memorial
• The Fight for Fair Housing in Milwaukee: Vel Phillips and James Groppi
• A New Republic: The portrait work of artist Kehinde Wiley