Best known for his work on Sesame Street and The Electric Company, artist and filmmaker Al Jarnow has created some of the most memorable experimental animations from the late 1970s. Short films like Cubits, Block City, and Cosmic Clock charm viewers through the exploration of different arrangements, patterns, rhythms, and changes over time.

Shorelines is no different. Listen to the waves, the seagulls, and the boat horns as Jarnow investigates shell shapes and sizes through stop-motion animation. 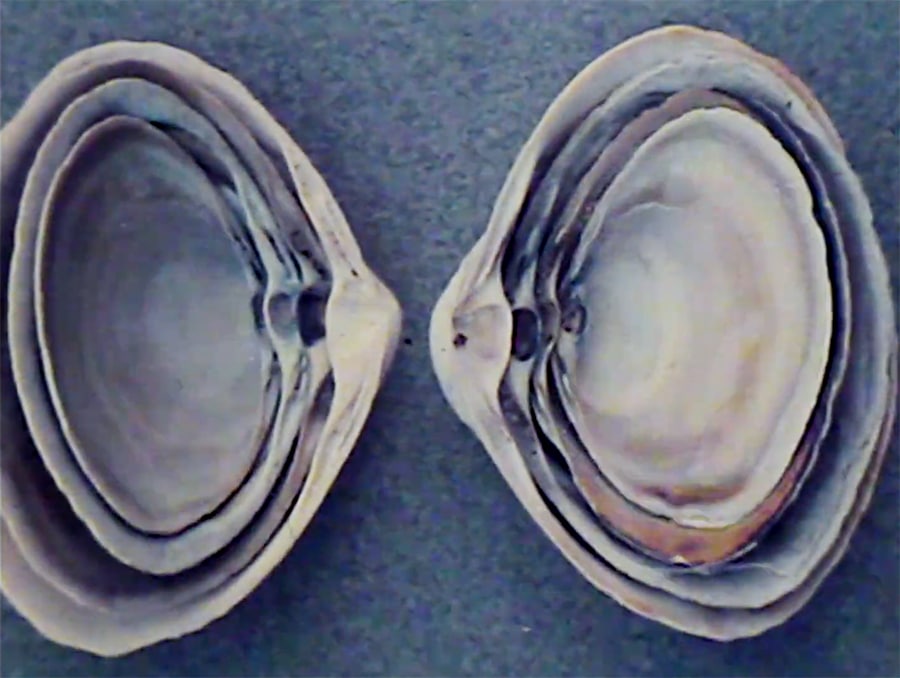 A film in their extensive moving-image archive, The Metropolitan Museum of Art shared Shorelines as a part of their 150th anniversary year. From their notes:

Staging “natural souvenirs”—seashells, stones, sticks, strands of seaweed—in hypnotic, gently pulsing animations, this film is a paean to magical hours spent idly on the shore: imaginary kingdoms and elaborate games, abandoned when the tide rolls in. “Instead of showing the sea itself,” wrote William Costanzo in Film Library Quarterly, “the camera evokes the sounds, smells, shapes and textures of ocean life with a playful and imaginative assembly of sea-spawned memorabilia.” 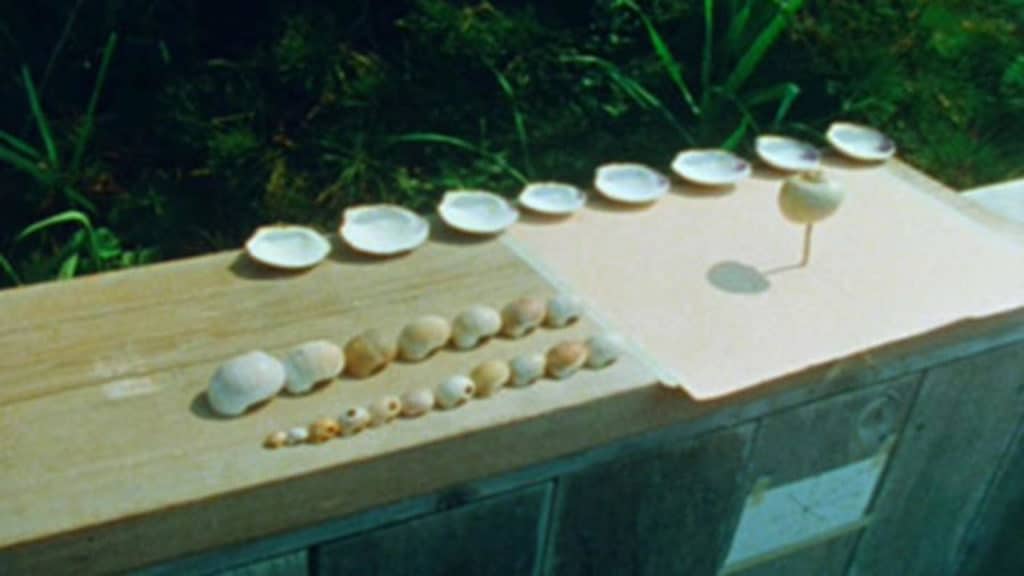 Watch more Al Jarnow films. Then don’t miss these shells:
• A pacific razor clam burrows rapidly into the sand
• Hermit crabs line up to exchange their shell
• What do sand dollars look like when they’re alive?