How much do you imagine a plant might grow in 40 years? What if that plant is the extraordinarily efficient creosote bush (Larrea tridentata), one of the slowest growing plants documented on Earth?

The creosote bush is a native of the Mojave, Sonoran, and Chihuahuan Deserts of western North America where there’s little moisture and a lot of heat. How does it survive in these xeric ecosystems? 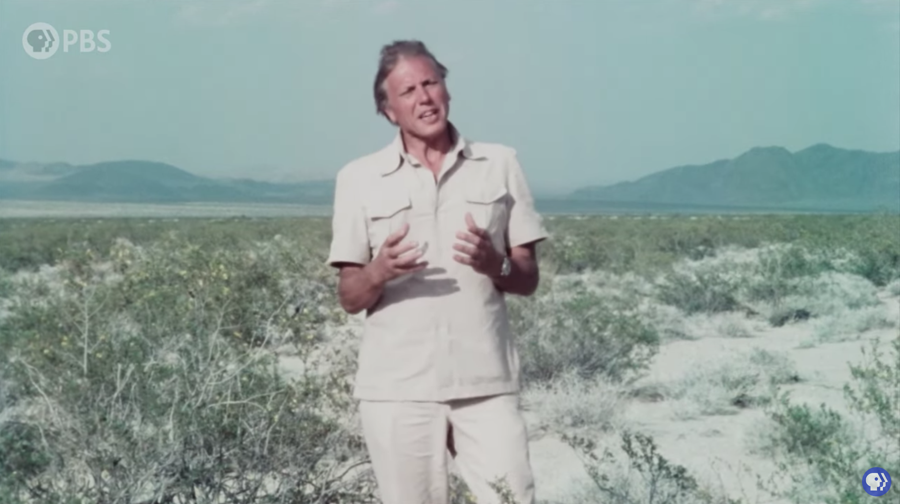 How much has it grown? And how does this tough, drought-tolerant desert-dweller dominate the landscape? The Mojave Project shares some incredible information:

“The original creosotes believed to have colonized this part of the Mojave originated from the Lower Colorado region when the last glaciers retreated at the end of the Pleistocene nearly 12,000 years ago. It is speculated that their ancestors migrated northward from South America… 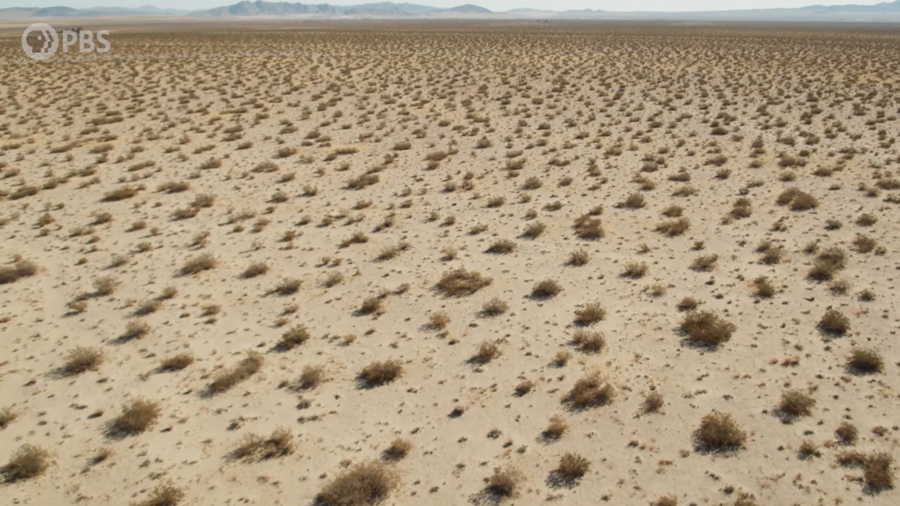 “Creosote has evolved mechanisms of survival that include the production of toxic chemical secretions that inhibit growth and competition from neighboring plants (including its own progeny), and resinous properties that repel potential herbivores from dining on its foliage. Also present are forty-nine volatile hydrocarbon oils with over 360 other chemicals and compounds that make creosote unappetizing to nearly all insects except for the Creosote Bush Grasshopper (Bootettix argentatus), which has adapted to the plant’s chemical defenses with digestive enzymes that allow it to live and feed exclusively on its host plant while mimicking it as dead stems or, in the male’s case, young green leaf sprays with camouflage, mirroring the creosote’s dark resin patches (known in ecology as crypsis). More than twenty species of bees collect and feed solely on the pollen and the nectar of creosote bush. A variety of desert birds, reptiles and other animals takes shelter and nests within the shade and protection of these bushes…” 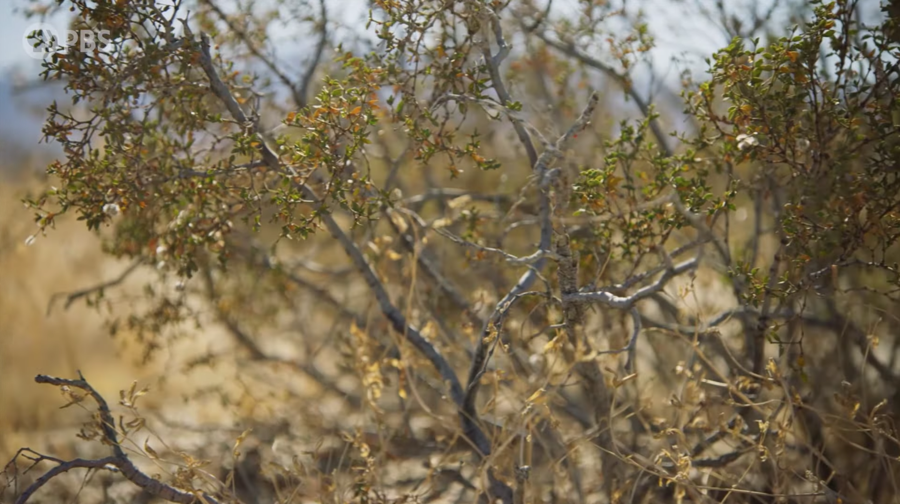 “The combination of oils and waxes (with additional phytochemicals and compounds that make up 10 to 20 percent of its dry weight) protects the plant by deflecting ultraviolet radiation and heat exposure, overall transpiration and water loss. Additionally, these properties produce creosote’s distinctive odor that emanates and fills the surrounding desert with a uniquely sharp medicinal scent that occurs after one of the sudden ephemeral desert downpours.” 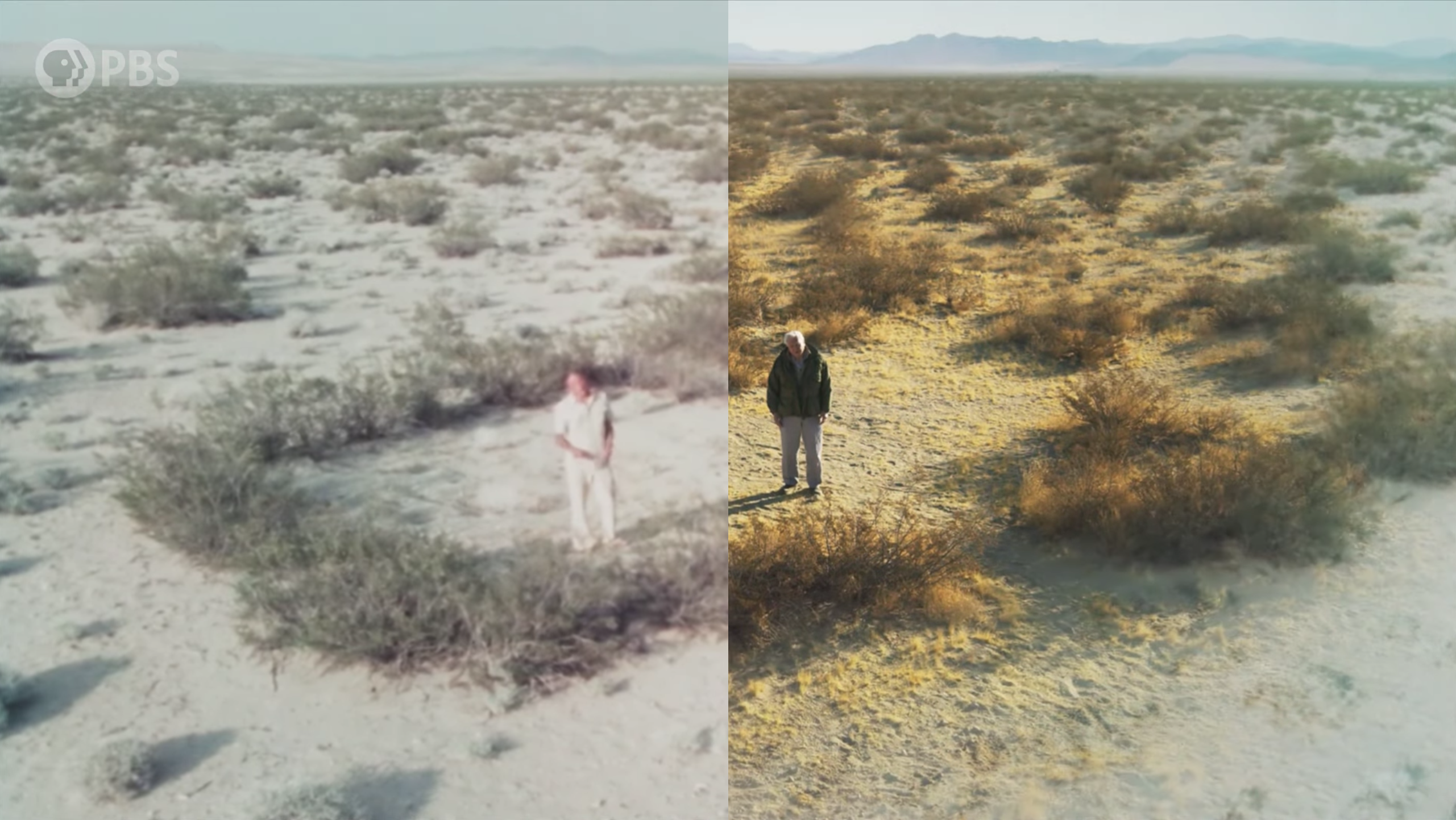