Holding a spinning wheel doesn’t sound that perplexing, but when you hold a spinning wheel while standing on a turntable, something surprising is revealed. Watch as MIT alum Ryan Robinson demonstrates the Spinning Bike Wheel and Conservation of Angular Momentum for MIT Physics:

So the same thing applies when I’m on the ground, but the friction between my shoes and the ground stop me from spinning.

Next, Robinson introduces conservation of angular momentum, “something that tells you how hard it is to either start or stop something from spinning.”

This MIT Physics demo from 2017 can be found on the MITK12 YouTube channel, an archive of original STEM videos for K-12 students made by MIT students. 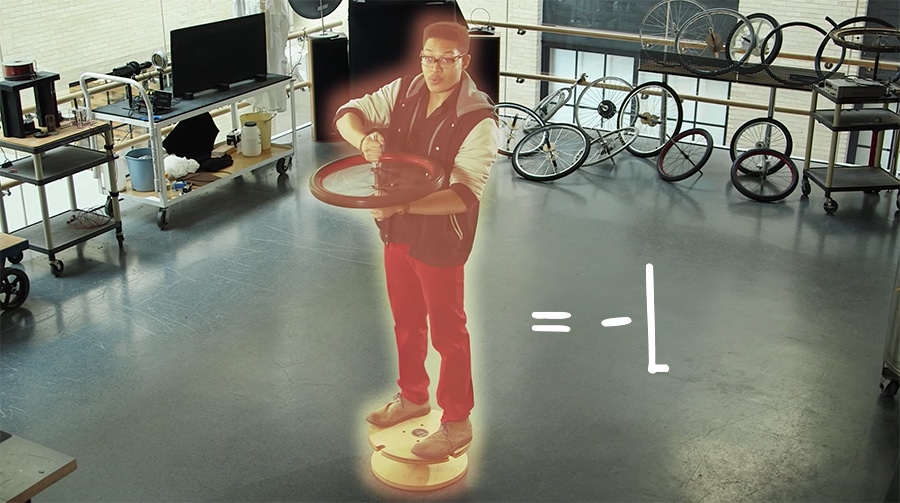 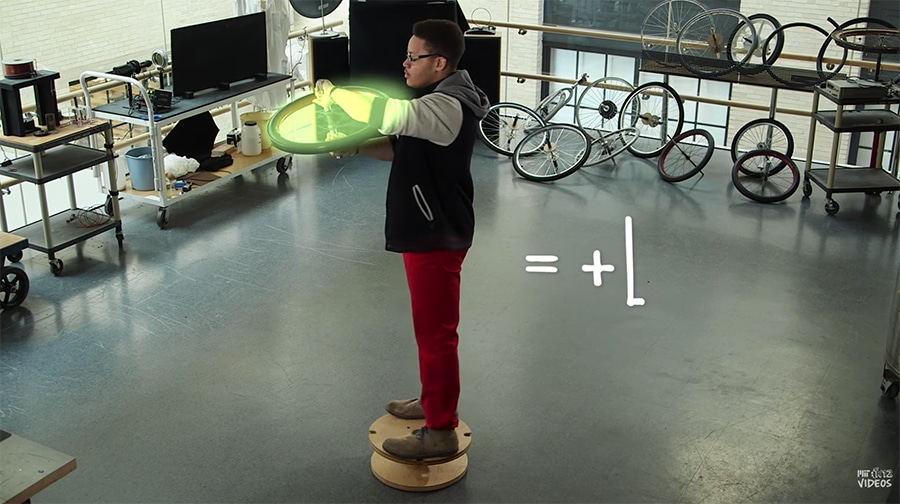 Then watch more physics demonstration videos about the science of spinning, including:
• Angular momentum demo with a Hoberman Sphere
• Dance & the physics of rotation
• How A Children’s Toy Led To An Essential Medical Device
• Earth’s Rotation and Revolution + Following the Sun
• Extreme Gs in a centrifuge: Simulating gravity on other planets

The Tea Twister – The science behind Teh Tarik (pulled tea)

The science behind spinning 200 hula hoops at once