“Poet of animation” Norman McLaren’s Spook Sport (1939), set to Camille Saint-Saëns’ Danse macabre (1874), which has a fascinating back story:

It started out in 1872 as an art song for voice and piano with a French text by the poet Henri Cazalis, which is based on an old French superstition. In 1874, the composer expanded and reworked the piece into a tone poem, replacing the vocal line with a solo violin….

According to legend, “Death” appears at midnight every year on Halloween. Death calls forth the dead from their graves to dance their dance of death for him while he plays his fiddle (here represented by a solo violin). His skeletons dance for him until the rooster crows at dawn, when they must return to their graves until the next year. 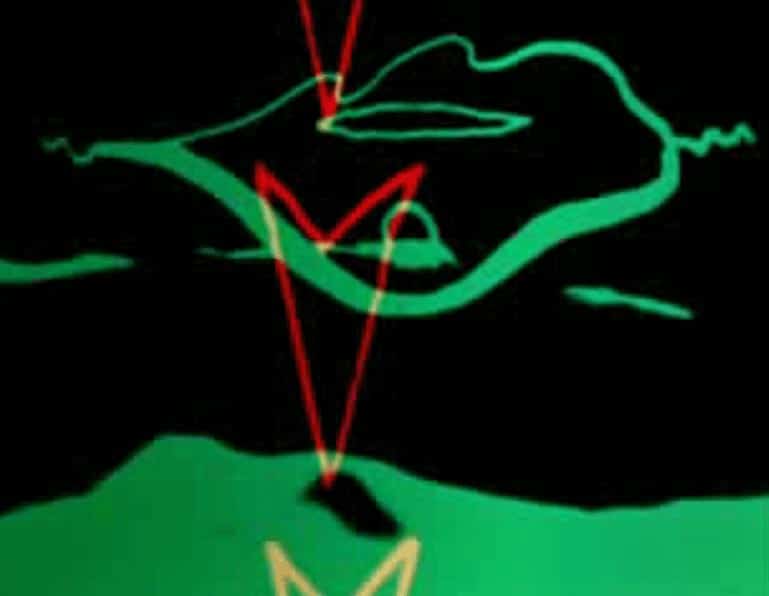 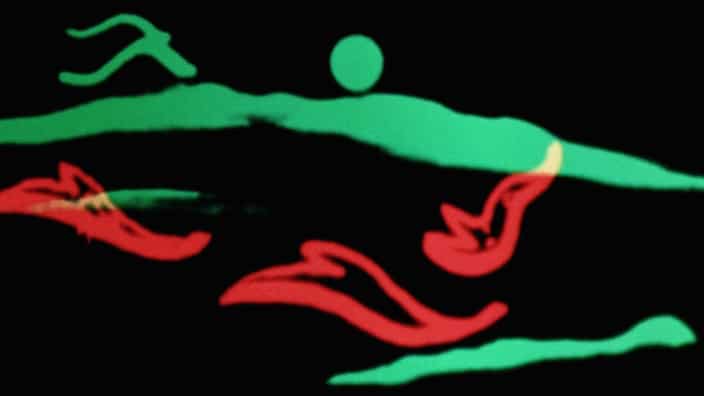 You can find our favorite McLaren here: Boogie Doodle (1948), or check out Oskar Fischinger’s Optical Poem. The Red Thread (赤い糸): A single line tells a story