Making a Steinway Grand Piano from start to finish

Founded in 1853, Steinway & Sons has been building award-winning, hand-crafted pianos for 160 years, so clearly they know how it’s done. In The Making of a Steinway, they share the extraordinary, year-long process. From Open Culture:

Several decades ago, John H. Steinway (the great-grandson of Henry E. Steinway) narrated an audio tour of the New York factory, where he described the generations-old process of making a Steinway grand piano.

In 2011 Ben Niles, the producer behind the documentary film Note by Note, synced the audio tour with present-day footage of the Steinway factory… 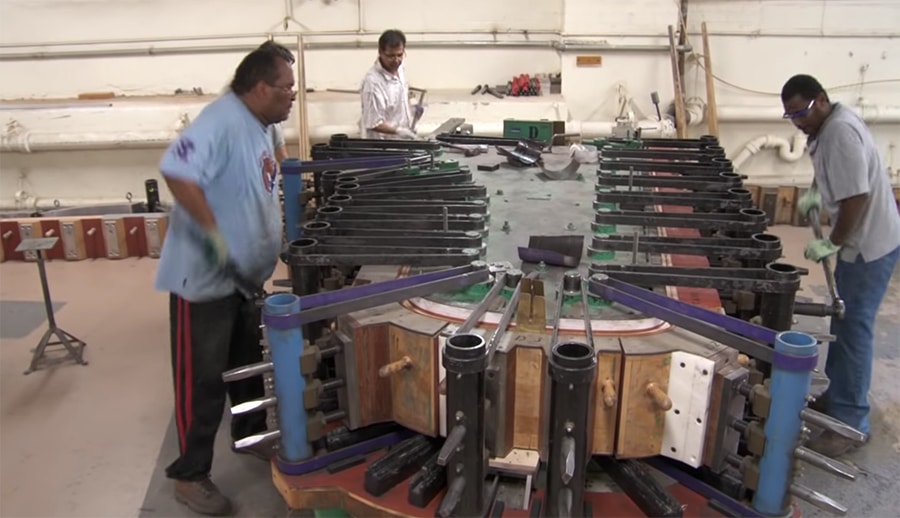 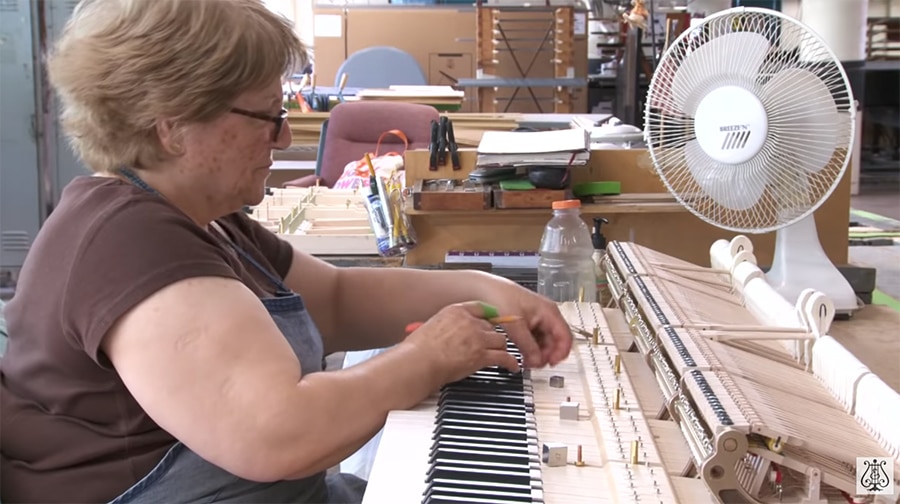 And from Julie Bosman for The New York Times‘ 2012 photo essay The Steinway Way by Christopher Payne:

Nothing enters the Steinway factory in Astoria, Queens, looking anything like a piano. The wood, for example, is just lumber, before it is shaped into the rim of the instrument. Assembling the pianos takes months, with a lot of waiting between steps so that the wood can be conditioned properly. Near the end of the process, each piano is wheeled into the ‘‘pounding room,’’ where 88 rubber fingers play the instrument for hours, breaking in the piano and exposing any problems or weaknesses. After being tuned several times, each piano has a final inspection. The last hands that touch every piano belong to Wally Boot, who has worked at the factory for almost 50 years and checks every key to ensure an even tone. Anthony Gilroy, a Steinway spokesman, says, ‘‘There are still some things that are better done by hand.’’ 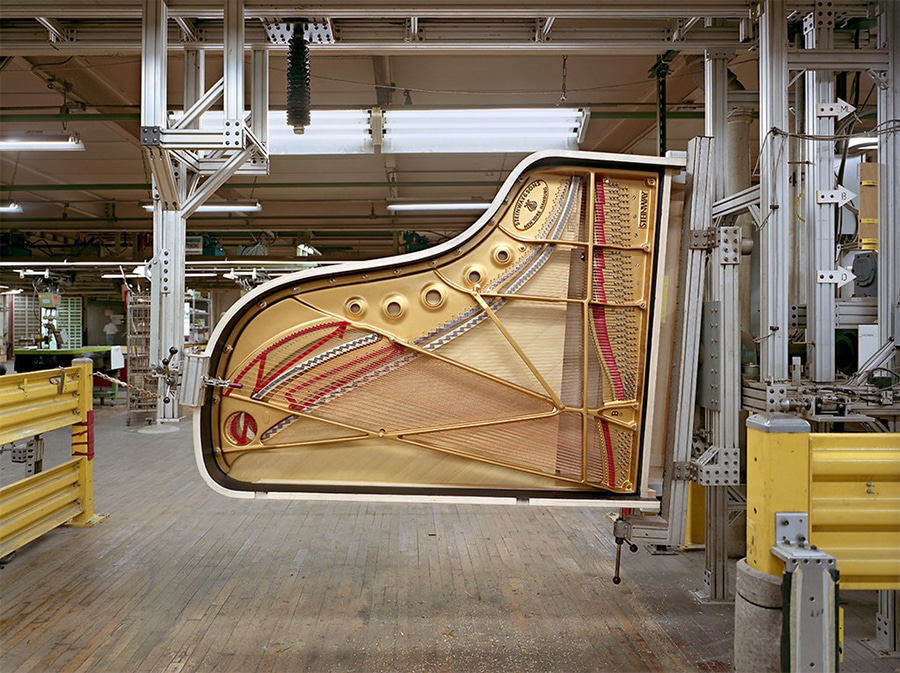 I’ve mentioned before that I wish that we had a how things are made video for every musical instrument. This is a brilliant addition to the ones we’ve collected so far: violin, cymbals, steel drum, and flamenco guitar.

Watch more here: How Instruments Are Made.

What A Wonderful World: Jon Batiste live at the 50th Montreux Jazz Festival

Treasures in the Trash

The Sound of Wood: From sapling to violin