But EVs aren’t new. The history of electric vehicles goes back almost two hundred years to when, in 1828, “a Hungarian engineer, physicist, and Benedictine priest by the name of Ányos Jedlik created an electric model car powered by an electromagnetic rotating device (essentially, a DC motor).”

And by 1899, you could have bought a battery-powered EV, joining nearly 40% of American car owners who had also gone electric. 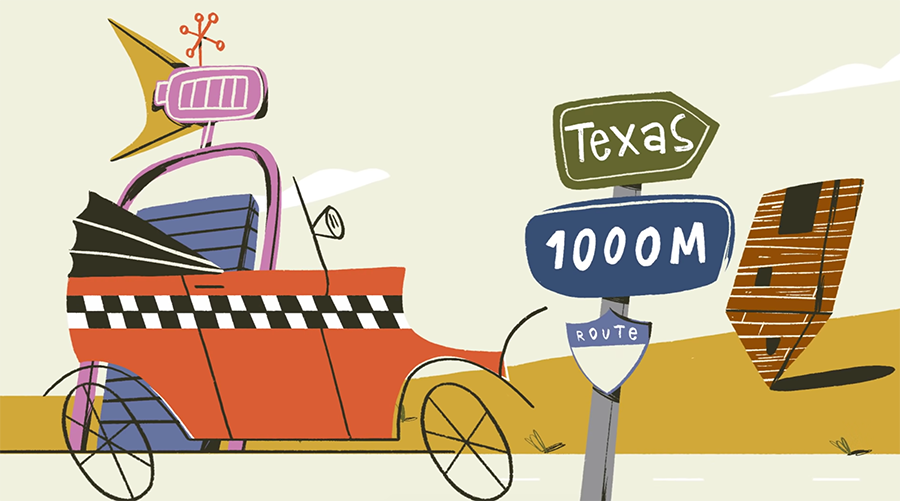 How did gas cars come to dominate the landscape for so many decades? This TED-Ed lesson by Gil Tal and Daniel Sperling, with animation by Lobster Studio, shares the surprisingly long history of electric cars.

“Jedlik’s invention was soon followed by the first electric (horseless) carriage, developed by Scottish inventor Robert Anderson between 1832 and 1839, by attaching a primary cell (non-rechargeable) battery and motor to a typical horse-drawn carriage. At around the same time (1835), Sibrandus Stratingh in the Netherlands (Groningen) and Thomas Davenport in the United States (Vermont) developed their own small-scale, short-range electric cars.

“However, the first successful American EV is credited to a chemist living in Iowa named William Morrison, who developed (sometime around 1890) a six-passenger automobile that could reach a top speed of 14 miles an hour. Though that might seem slow to 21st century sensibilities, it’s about the same speed as the herd of running bulls at the annual Encierro in Pamplona. Such a vehicle must have been impressive to a 19th century audience—indeed, Morrison’s electric car caught the attention of some of the most famous inventors of the late 19th and early 20th centuries. Ferdinand Porsche (founder of the sports car company), Thomas Edison, and even Henry Ford, whose Model T would later quash public interest in EVs, all worked towards creating better, more efficient electric cars.” 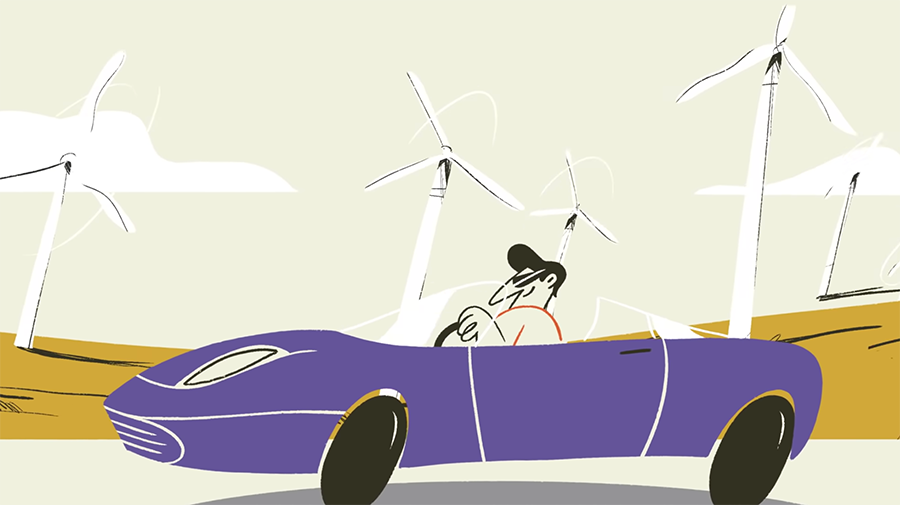 Related reading: Worth the Watt: A Brief History of the Electric Car, 1830 to Present from Car and Driver, and from The Guardian in 2021: Fossil fuel cars make ‘hundreds of times’ more waste than electric cars.

Plus, watch more videos on TKSST:
• Why are electric cars the future?
• Behind the Scenes of How the Tesla Model S is Made
• How do batteries work?
• The world’s first Formula-E car: Spark-Renault SRT 01E
• Electric Car: They Might Be Giants’ Here Comes Science

The Quietest Race in the World – The Formula E

The AIRPod: The car that runs on compressed air