Why do cows live in wide-open pastures? Why don’t they live in forests of nutrient flowers and bushes where they can rest under large trees for shade?

These are questions that prompted Colombian farmer Sandra Carbonell to change the way she cares for her cows.

In this BBC World Service video, one in their series about People Fixing the World, Carbonell gives a tour of her Botón De Oro-filled farm. These butter daisies, she explains, contain a high level of protein, which is good for the cows, their milk, and their meat. The cows produce less methane from this healthier diet, too. 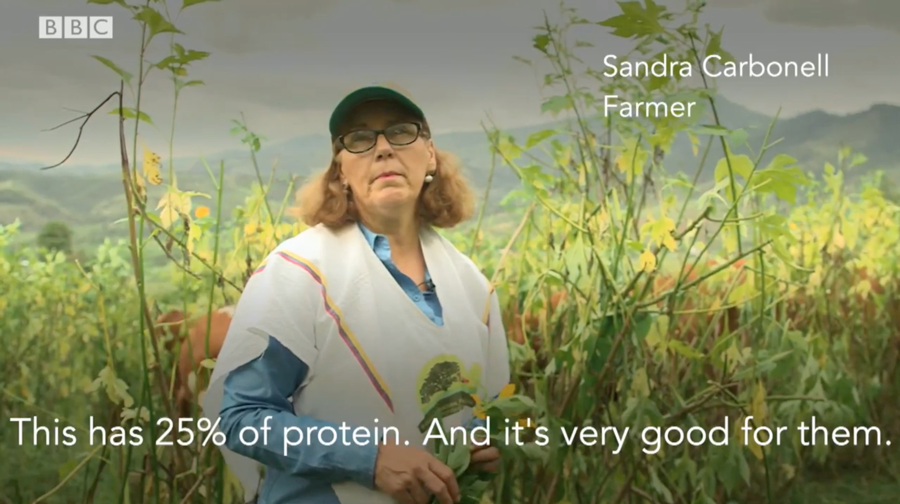 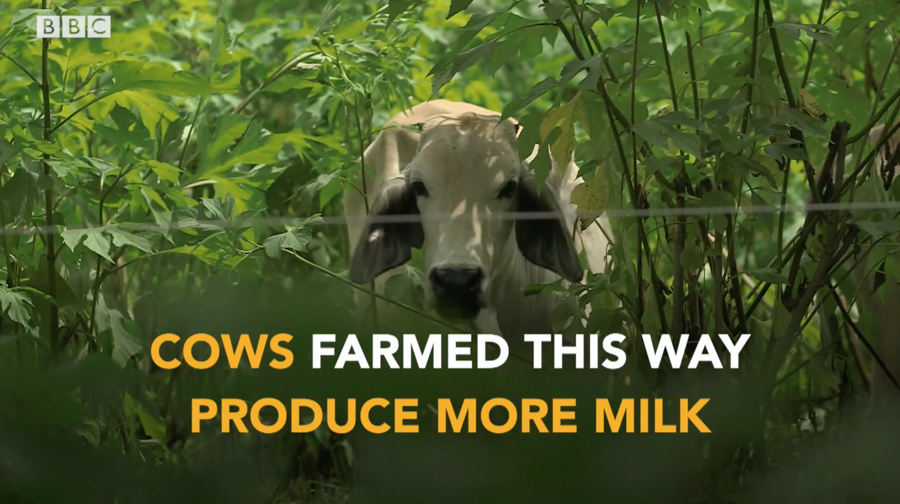 And these drought-tolerant plants keep the land healthier. The bushes and woodlands guard against erosion and provide an ecosystem for birds and insects.

In the video, sustainable ranching specialist Carlos Mejía discusses “the striking contrast between Sandra’s silvopastoral farm and a degraded conventional cattle ranch” nearby. From the caption:

“Cattle farming is responsible for almost 10% of global greenhouse gas emissions, according to the UN’s Food and Agriculture Organisation. So some farmers in Colombia have been piloting a different way of raising cows that is proving better for the environment.”

When cows constantly roam fields while looking for grass to eat, they compact the soils they’re walking on, which wears out the land’s ability to grow more plants. 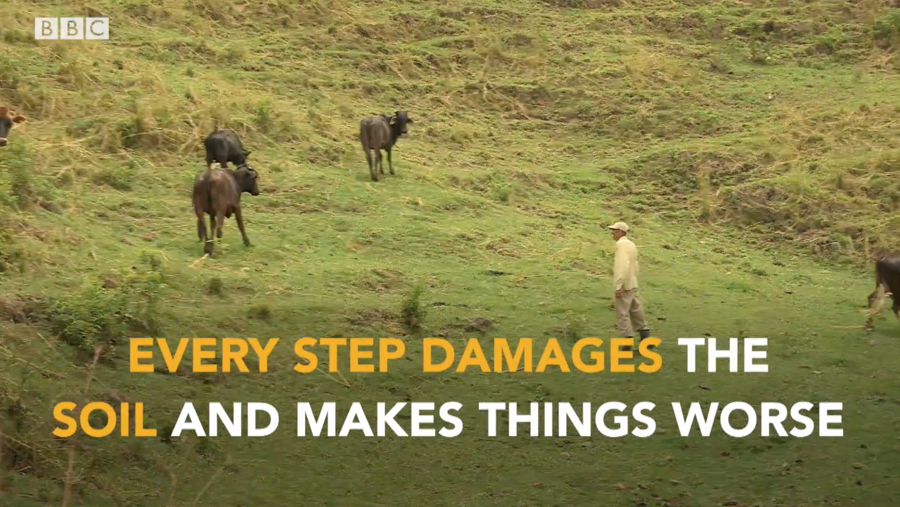 In turn, the cows’ diets are not rich in nutrients, and they produce more methane, a greenhouse gas that’s warming the earth. From National Geographic:

“Every time a cow burps or passes gas, a little puff of methane wafts into the atmosphere.

“Each of those puffs coming out of a cow’s plumbing, added together, can have a big effect on climate because methane is a potent greenhouse gas—about 28 times more powerful than carbon dioxide at warming the Earth, on a 100-year timescale, and more than 80 times more powerful over 20 years. The effects aren’t just hypothetical: Since the Industrial Revolution, methane concentrations in the atmosphere have more than doubled, and about 20 percent of the warming the planet has experienced can be attributed to the gas.”

What if we changed the way we farm and ranch for healthier cows and a healthier planet? 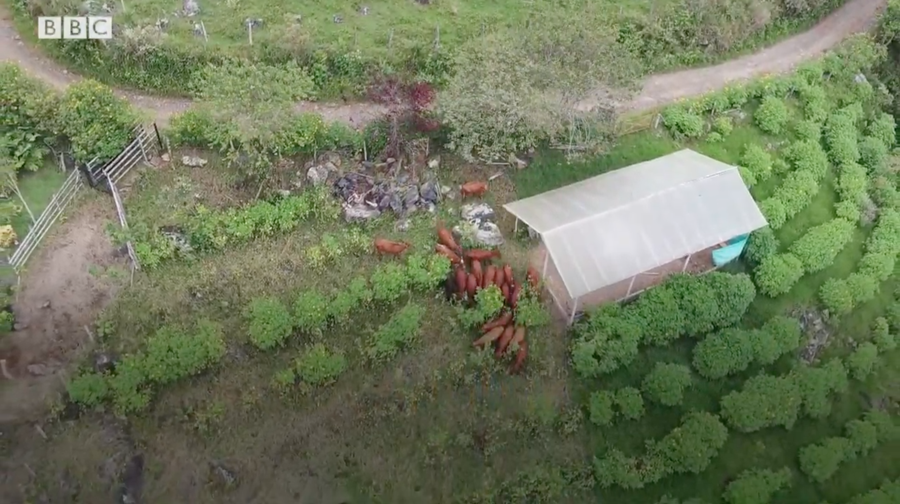 Watch these videos about sustainability and agroforestry:
• How do bison help fight against climate change?
• Powered by Poop at the Straus Family Creamery
• Growing 500 edible plants in a forest
• How Can Farms and Forests Coexist?
• Cow, soy, almond, or oat: Which milk is best for you?
• How can nature be used as a tool to restore ecosystem?

When a Scottish Highland steer helps with the yard work