Travel across two decades on a t-shirt. This animation, titled In an Animated Fashion, was created on cotton, specially designed and printed on the fronts and backs of t-shirts, and then worn by 200 people to help celebrate the 20th anniversary of the Gateshead Millennium Bridge.

“A moving view along the River Tyne from 2001 to 2021 with a firework finale,” the community-driven stop-motion project was created by English artist Anton Hecht for the Gateshead Council’s Arts Team. It was filmed by Jason Berge and animated by Thom Sansom. Hecht shares that “this work was as much about the doing, as about the conclusion.” 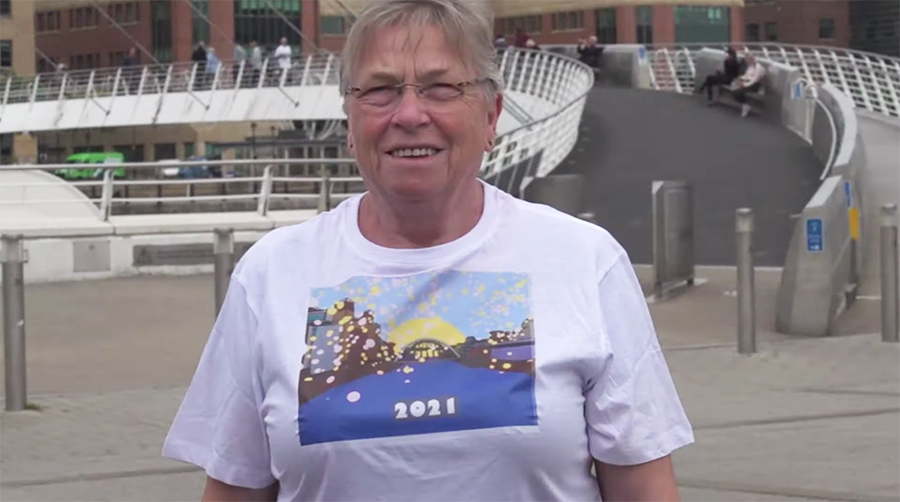 The tees also feature the neighboring Swing Bridge, opened in 1876, and Tyne Bridge, 1928. From Wikipedia:

The Gateshead Millennium Bridge is a pedestrian and cyclist tilt bridge spanning the River Tyne between the Gateshead arts quarter on the south bank and the Quayside of Newcastle upon Tyne on the north bank. Opened for public use in 2001, the award-winning structure was conceived and designed by architectural practice WilkinsonEyre and structural engineering firm Gifford. The bridge is sometimes referred to as the ‘Blinking Eye Bridge’ or the ‘Winking Eye Bridge’ due to its shape and its tilting method.

Here is an example of that tilted opening. Filmed in 2015, the action is sped up and set to music:

Anyone featured in the animated t-shirt film got to keep the tees. On Instagram, Hecht writes:

“All the people and exchanges, and encounters, will be accumulated then into the work. But on these days, the relations of the encounters, the conversations had, the adventure itself of recruiting passers-bye and their mostly joy at crossing over to be in the work, and their sharing of stories about the bridge, is the work itself as much as any final animation. So there is a narrative, from frame 1-400 but there is too a sprawling mess of interactions that are an artwork too.” 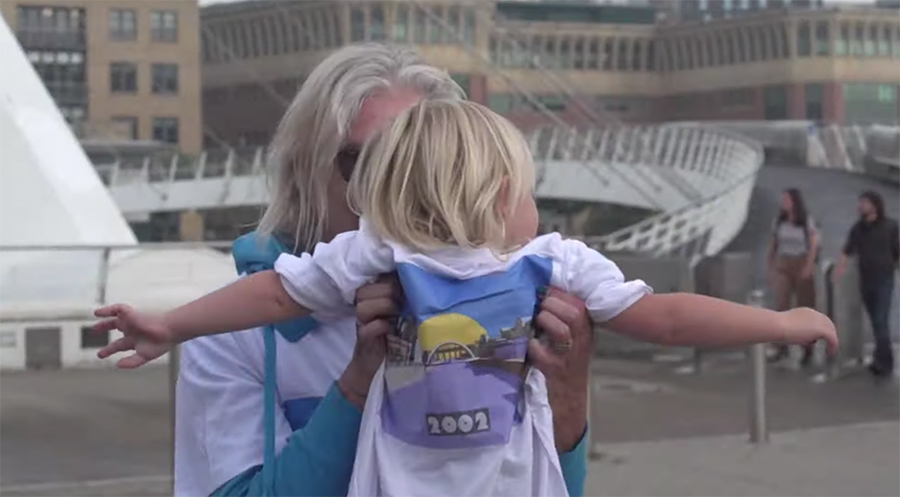 Watch some related videos about bridges:
• Cross a Bridge, a typewriter drawing by Lenka Clayton
• From Rotterdam to Amsterdam by boat, a time-lapse
• Red PaperBridge, an installation by Steve Messam
• Spaghetti bridges, a DIY engineering activity
• Every Bridge For Every Situation, Explained By an Engineer

Walking across the Brooklyn Bridge

The Goat That Ate Time (2007), an animated tale by Lucinda Schreiber

The Catenary and Mathematics All Around Us

The Amazing Life of Sand, a Deep Look video

Succeed by Failing: Failure points and how to fix them