Spoiler alert: Not everyone survives this beautifully-made cardboard puppet short by Rebecca Manley. Created for Channel 4, Table Manners (2013) follows three companions—a squirrel, a pig, and a bear—as they forage the forest in search of a meal. And, unfortunately, someone doesn’t have the ‘table manners’ required for the expedition. 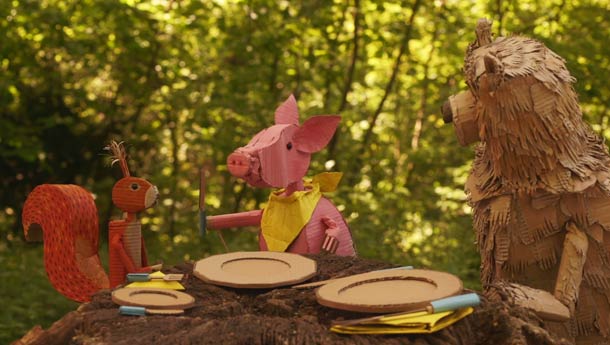 The live-action puppet short was included in BAM’s 2014 Puppets on Film Festival, presented with The Jim Henson Foundation. More spoilers: In addition to Charlie Chaplin’s cabin scenes in The Gold Rush (1942), Manley was inspired by an old cartoon gag. She explains its dark but probably delicious ending:

I was chatting to a friend about the film… I don’t know how we got onto the subject but we were talking about the device in old cartoons like Tom & Jerry, where Tom sees Jerry as a chicken drumstick or in a swiss cheese sandwich etc. And I realized that this would be a really funny image to incorporate…

Apart from the visual gag itself, what appealed to me about the twist (the idea of Bear eating Pig) was that when the going gets tough Bear reverts to type, back to his true nature. Friendship goes out of the window – and who hasn’t born the brunt of that sort of behaviour at one time or another? 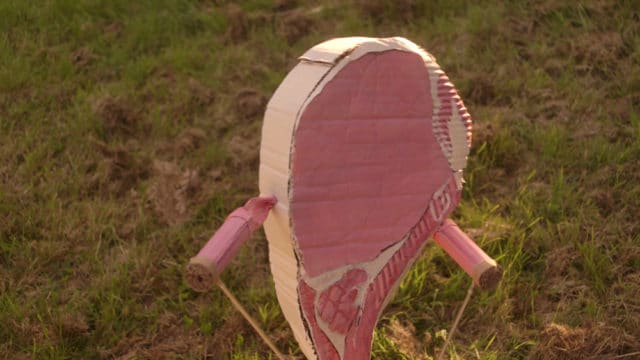 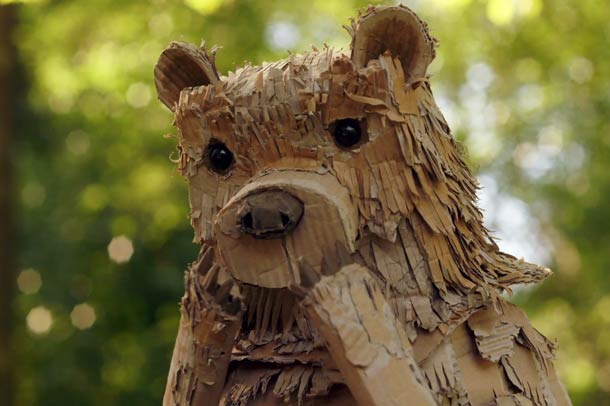 Don’t miss her tightly staged storyboard, a step in the production that helps plan and refine the eventual filming. Manley also praises the material she used, an inspiration for puppet makers and cardboard crafters:

Cardboard is actually very versatile, too, and you can create lots of different textures by squashing, tearing or bending it. For this film, the fact that I was taking a material that originates from trees to the woods (and bringing it back to life) appealed to me too. 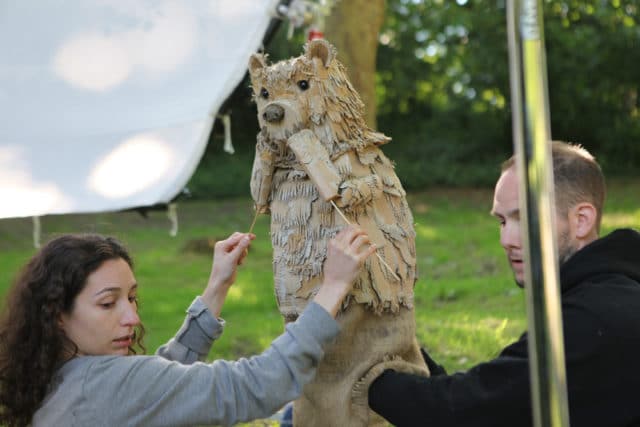 Next, watch these cardboard and puppet videos on TKSST:
• How to make puppets with Jim Henson (1969)
• How to make a giant ‘robotic’ cardboard hand
• The Handrils, a hand puppet piece by Sarah Nolen
• How do war horse puppeteers make their War Horse real?
• Laika’s Head of Puppetry explains how stop motion puppets are made
• A tumbling, glowing, furry puppet creature by Barnaby Dixon

Bonus: The bear who never breaks the rules.

True or Poo? A trivia game show with Tumble Science

The Handrils, a hand puppet piece by Sarah Nolen