Is this fossilized dinosaur leg from the day the dinosaurs died?

Scientists have never found a fossil of a dinosaur that was killed by the asteroid that hit Earth near Mexico’s Yucatán Peninsula, that infamous asteroid that ended the era of dinosaurs 66 million years ago.

In the BBC video above, a clip from Dinosaurs: The Final Day with Attenborough, Sir David Attenborough introduces an incredible find from the Tanis dig site in North Dakota: A fossilized Thescelosaurus leg. 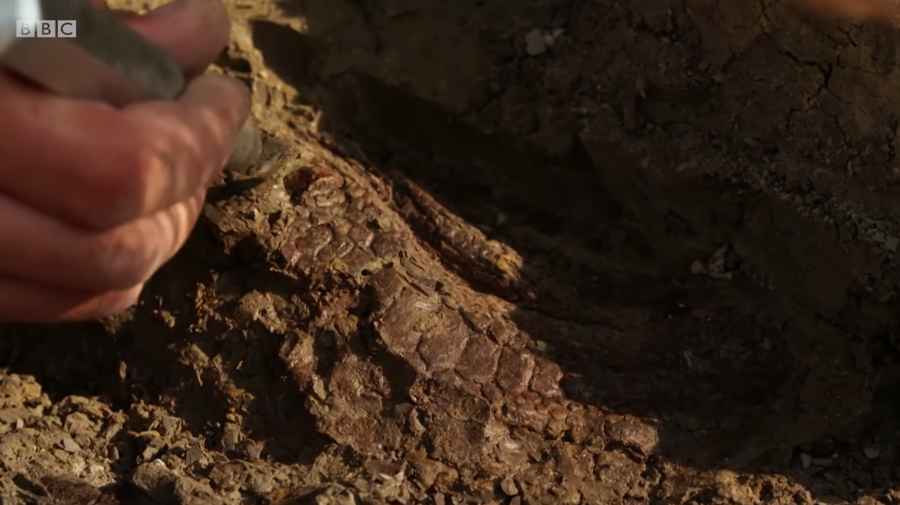 Does it provide evidence from the day that all non-avian dinosaurs went extinct? Did this dinosaur witness the cataclysmic impact?

The finding has yet to be peer-reviewed or published in a scientific journal, causing some controversy, but the clues—including a possible asteroid fragment, a pterosaur embryo, and impact-made glass spherules embedded in fish gills—are exciting. 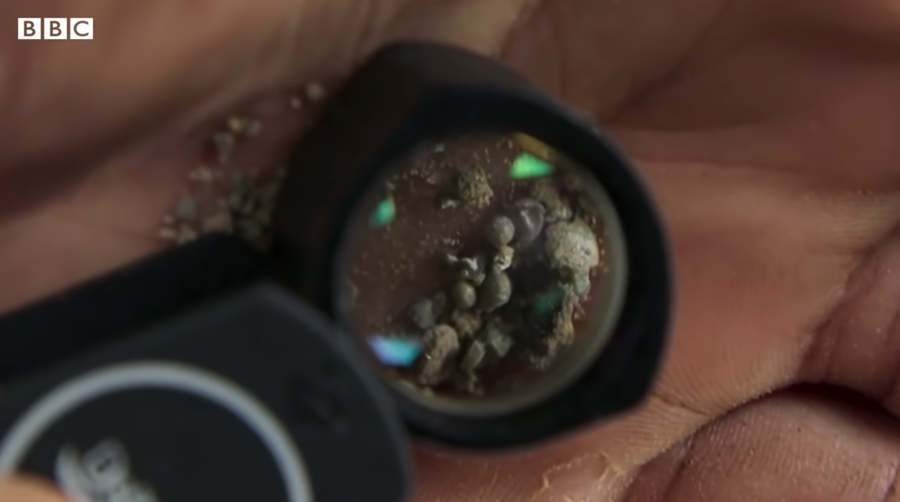 “‘It is a stunning fossil, and probably one of the most beautiful Thescelosaurus legs I’ve seen,’ he says. ‘Skin preservation like this is still relatively rare, especially to have so much skin on one leg.

“‘While it is plausible that this Thescelosaurus was killed on the day of the strike, it’s also possible it was exhumed by the asteroid impact, and then mixed together with everything else in the aftermath.” 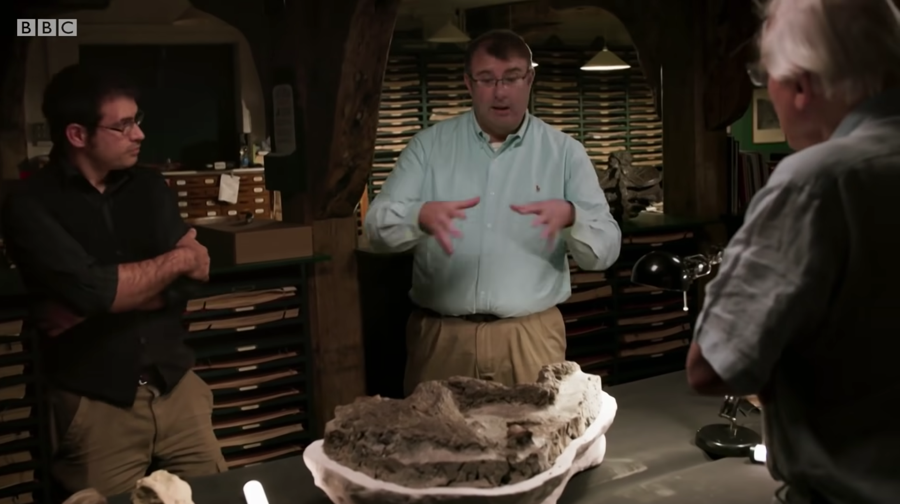 “‘But the fact that it is so well-preserved suggests to me that even if the animal didn’t die as a result of the events that caused the deposit, it must have died very close in time to it.” 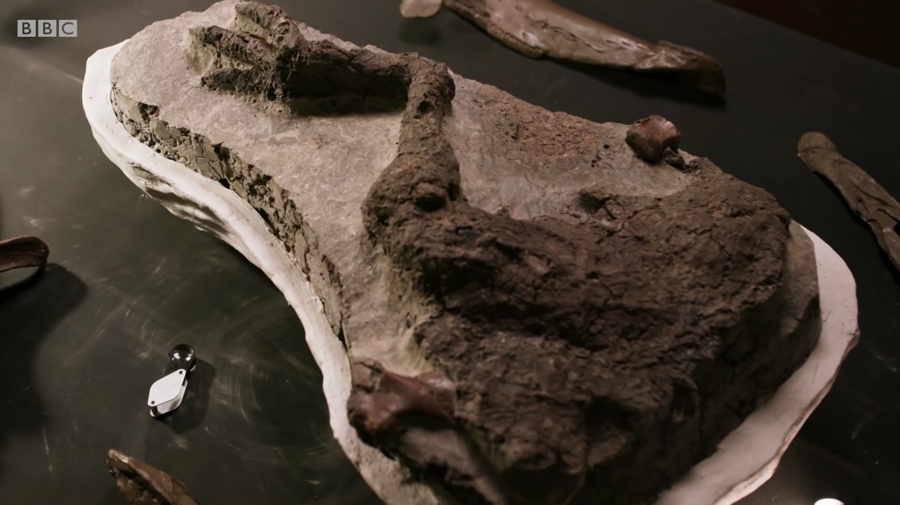 The video below, a news report from the BBC’s Rebecca Morrelle, provides more context for why this epic discovery zone in Tanis is “like a prehistoric Pompeii.” 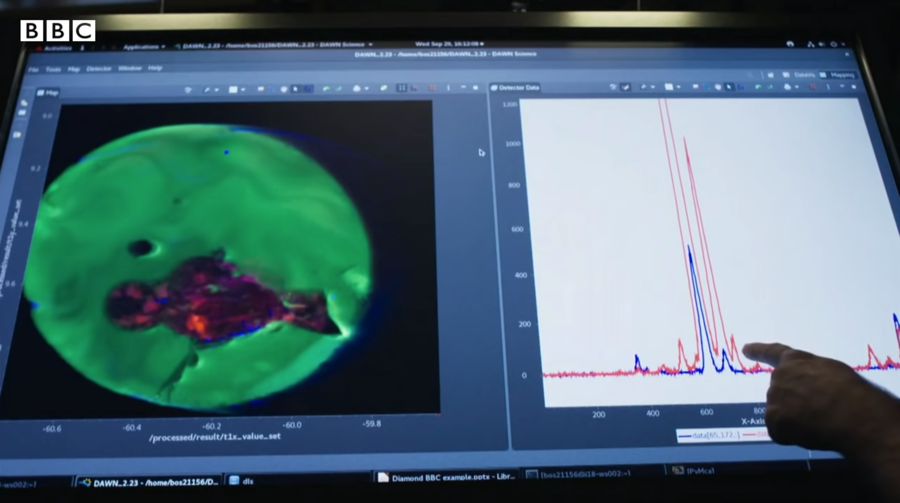 The 2-hour Attenborough documentary special, titled Dinosaur Apocalypse, will air in the states on NOVA PBS on May 11, 2022.

Watch this next: What exactly happened on the day that dinosaurs died?

Plus, more paleontology and excavations on TKSST.

Meet the Titanosaur at AMNH

Mary Anning, the greatest fossilist the world ever knew

Life, death, and discovery of a plesiosaur

In Search of Fossil Fish – The Brain Scoop