Taylor Tries Juggling From Above

What does juggling look like from above? In this juggling from above video by juggler and new skill-enthusiast Taylor Glenn, the balls seem to move at a different speed in their own dimension. As Glenn tosses them upwards in different combinations, they seem to float to the left and to the right. Sometimes they seem to hover. 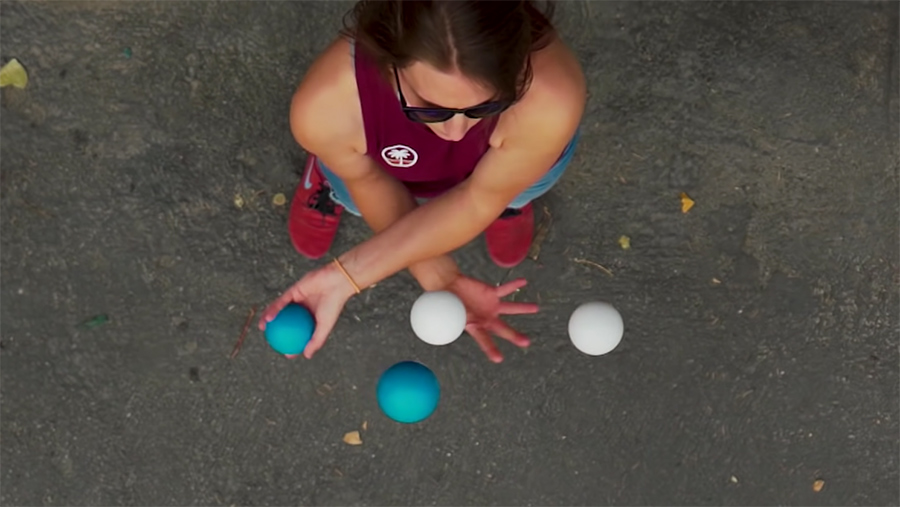 Glenn, who also juggles clubs in the video, has been juggling for over a decade and has an Instagram full of juggling videos. On her site, Taylor Tries, she writes:

Ever since I was a wee tot, I loved trying stuff. You name it, I’ve probably either tried it, or it’s on my bucket list.

“You’re so good at everything!” That’s something I hear a lot. People see me doing a lot of stuff, but they usually only see it once I’ve already figured it out. They don’t see the ridiculous process it took to get there!

That’s where “Taylor Tries” comes in. It follows my adventures in trying it all. Watch me try stuff I’ve never tried before. See the fails, the wins, the bruises, the laughs. Hopefully you’ll be reminded that we all start off being terrible at something in the beginning. The point is, you have to keep trying.

How to juggle 3 balls, a beginner tutorial by Taylor Tries