Rare footage of an endangered Texas ocelot and her kittens

Ocelots are wild spotted cats that can be found from southern Texas and Arizona to northern Argentina. Despite occupying a vast range of habitats across so many countries, ocelot families aren’t often seen in the open; they are well-known for being covert, from sticking to areas with dense vegetation to being more active at night.

So it’s no wonder that wildlife filmmaker Ben Masters was thrilled when his camera traps captured images of an ocelot mother and her two kittens. Can you spot them? 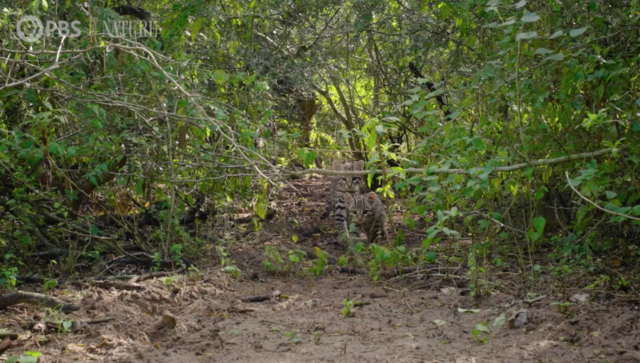 Nature on PBS shares the rare footage of these three endangered Leopardus pardalis albescens from southern Texas in this American Ocelot clip. About the program:

“With fewer than 120 known ocelots remaining in the United States, the stakes are high for their survival. Dive deep into South Texas to meet one of America’s most endangered cats in nature: the American Ocelot.

“American Ocelot chronicles the sad history, precarious present, and optimistic future for one of the country’s most endangered wild cats. Wildlife filmmaker Ben Masters documents these rare and elusive animals in South Texas while meeting with biologists, ranchers, and the cats themselves.” 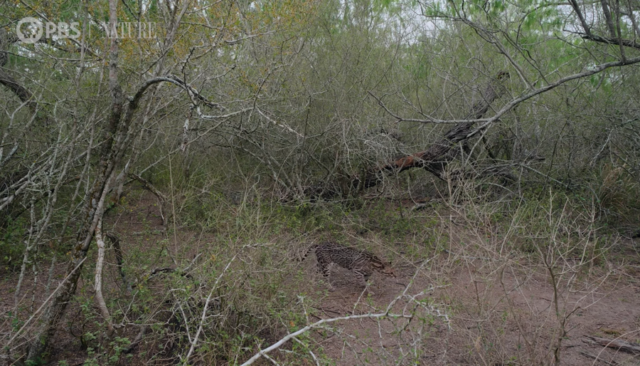 “Through camera trap cinematography, witness a rare glimpse into what is required of a mother ocelot to raise her young successfully. There is hope for a bright future – an ocelot population could be restored in Texas and beyond if ranchers, scientists, and government agencies work together on a solution.” 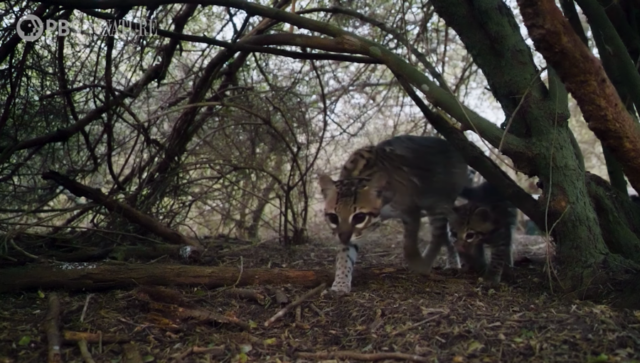 Watch these related videos next:
• Four fox pups in an underground ‘magic tree den’
• Tracking Los Angeles mountain lions with camera traps
• Setting up 150 wildlife camera traps in Michigan
• How many animals use this log to cross the stream?