For the first time, scientists have ground and satellite views of STEVE (short for Strong Thermal Emission Velocity Enhancement), a thin purple ribbon of light. Scientists have now learned, despite its ordinary name, that STEVE may be an extraordinary puzzle piece in painting a better picture of how Earth’s magnetic fields function and interact with charged particles in space.

Aurorasaurus team lead Liz MacDonald, a scientist at NASA’s Goddard Space Flight Center, explains newly-gathered data about STEVE, a mysterious kind of aurora that was discovered in 2015-16 by citizen scientists of the Alberta Aurora Chasers. 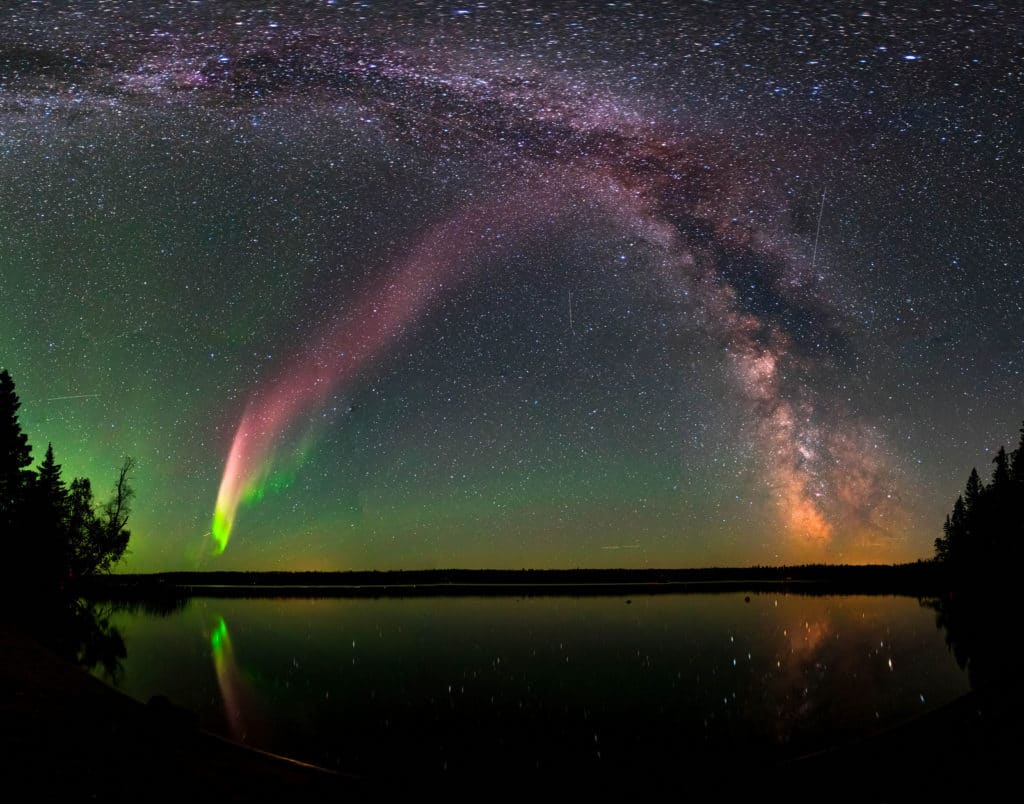 The above image of STEVE, courtesy of Krista Trinder, is a composite of 11 images stitched together. Read more about the phenomenon at NASA.gov.

Next, watch the Aurora Borealis filmed in real time, a lunar eclipse and the auroras over Alaska, an 8K 360º time lapse, and from It’s Okay to Be Smart: The Auroras, Earth’s Art Show.