A blanket octopus unfurls its webbing

Witnessed during a night dive in the Lembeh Strait, a blanket octopus starts out compact and rather cute before unfurling her majestic webbing like butterfly wings. And then she extends the colorful flowing webs out even further. The silent 48 seconds footage was shared by NAD Lembeh Resort.

Rebecca R. Helm at JellyBiologist.com explains that these ‘blankets’ or webs are “long sheets of multi-color changing skin.” It’s like a cape attached to their dorsal and dorsolateral tentacles that, when extended, may help them look larger and more frightening to potential predators. 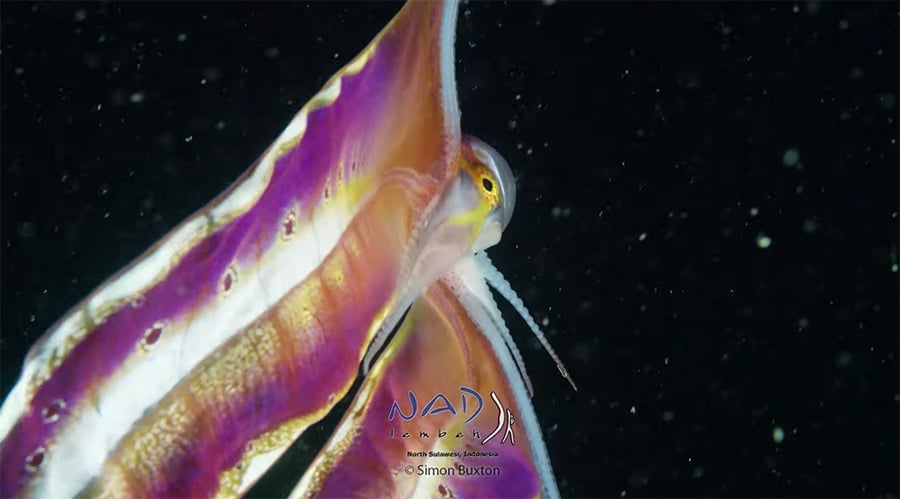 Male and female common blanket octopuses provide one of the most extreme examples of sexual dimorphism — physical differences between females and males — in the animal kingdom, [invertebrate zoology collections manager at the Florida Museum John] Slapcinsky said. While females can grow to more than 6 feet in length, males are about an inch long and resemble larval octopuses.

Here’s another example of female blanket octopuses, a silent close-up near Romblon Island in the Philippines. 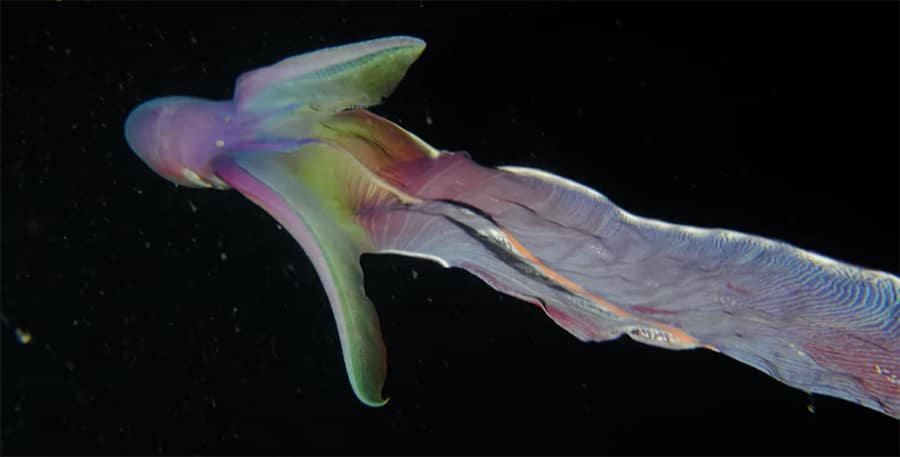 Watch this video next: The female blanket octopus.

Plus, an internet classic: Octopus Camouflage!

The Peacock Spiders of Australia