Citizen scientists have discovered a new form of aurora. Called “The Dunes” for its similarity to sand dunes, the aurora appears as long green ripples that extend horizontally from the more familiar auroral ribbons. This video, filmed by Timo Oksanen Productions on October 7th 2018 in Pöytyä, Finland, captures the atmospheric event.

Noticed in Finland and Sweden by skywatchers in a Facebook group called Revontulikyttääjät (Auroral Stalkers), the phenomenon has now been documented by new research published in the journal AGU Advances. From George Dvorsky in Gizmodo:

This story starts in 2018, when [University of Helsinki computational space physicist Minna Palmroth] was preparing a popular guidebook called Revontulibongarin opas, which is Finnish for “a guide for aurora borealis watchers.” Auroral forms come in various types, and each is associated with a specific set of physical processes that happen along the edge of space. Palmroth’s book project, which arose from her work with Northern Lights enthusiasts on Facebook, described several auroral forms, but her readers noticed that a certain type of aurora seen in the book hadn’t been categorized… 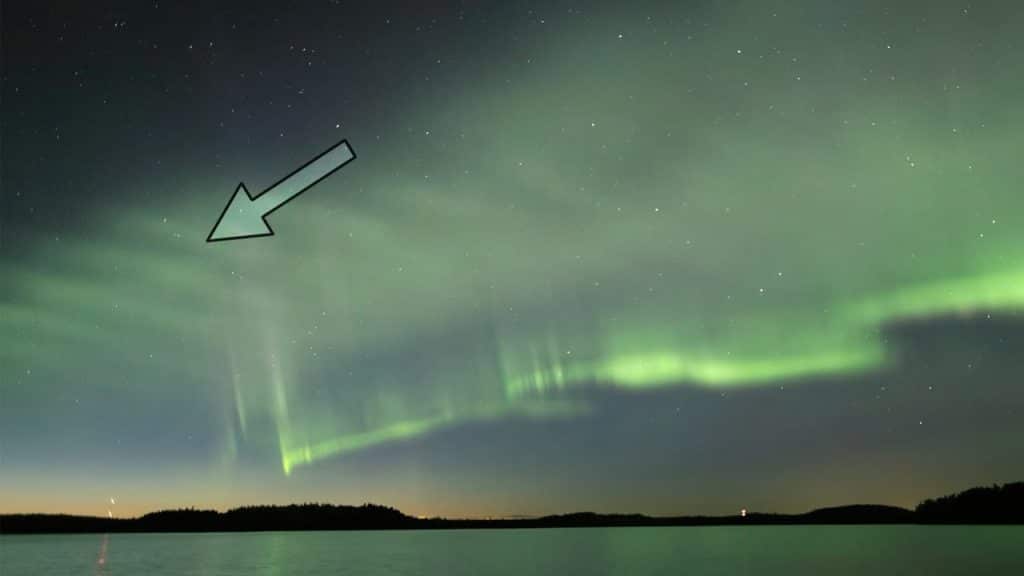 “I looked at the pictures and thought, maybe we need to make a new category, because they didn’t seem like anything I had seen before,” Palmroth told Gizmodo. “Then we started to investigate this together, using the citizen pictures as science data, and since we hadn’t done that sort of thing before, we had to develop new methods.” 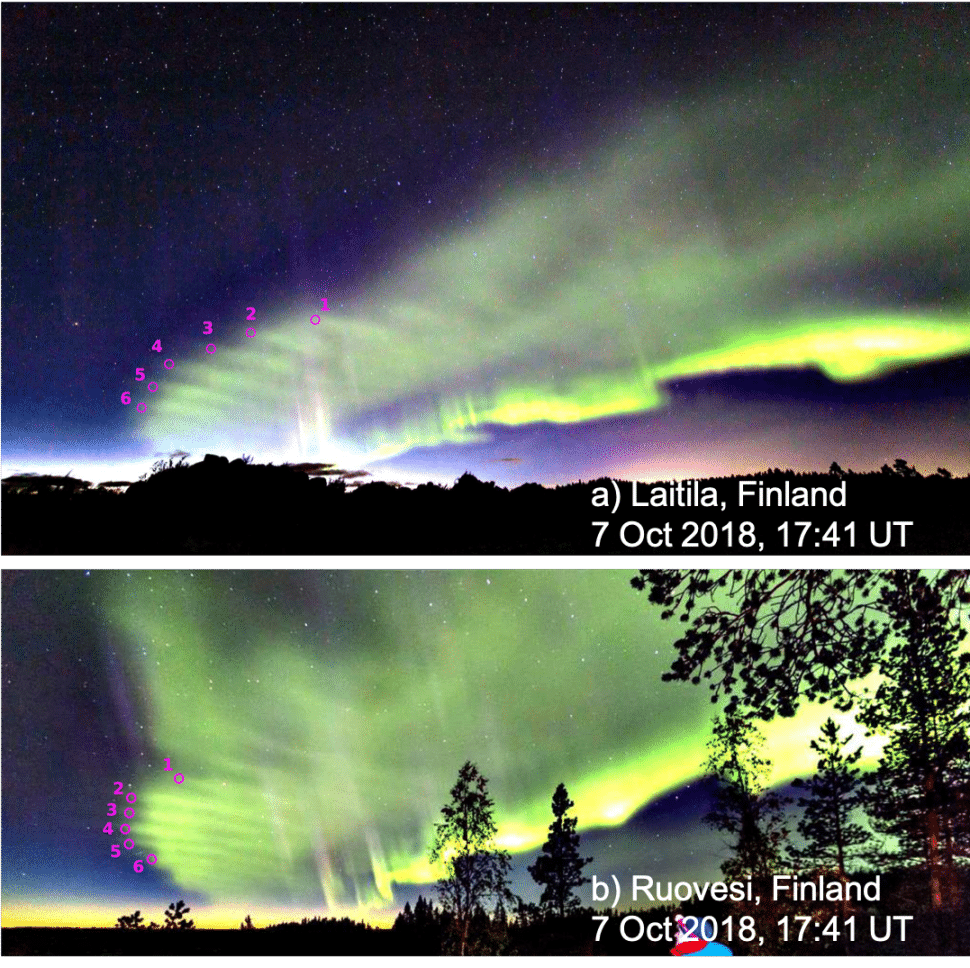 And from Peter Dockrill at Science Alert:

The phenomenon, which has been recorded seven separate times, is suspected to be an example of what’s called a ‘mesospheric bore‘, manifesting when waves of oxygen atoms in the atmosphere are excited by interactions with solar wind, producing the glowing, dune-like effects.

“We associate the dunes to the oscillation of the oxygen density, giving a variability to the auroral emission from the variability of the excitation targets within the atmosphere,” the authors write in their paper.

“While the evidence is not sufficient for us to conclude beyond a doubt that the dunes are not a manifestation of variations in the auroral precipitation, we argue they are more suggestive of them being a result of atmospheric waves.”