How was the Suncor Borealopelta ankylosaur excavated?

An exciting discovery–a brilliantly preserved dinosaur “as it would have been” thanks to a rapid undersea burial–is followed by a fourteen-day excavation… and an accident.

In this video from Suncor Energy, Royal Tyrrell Museum paleontologists and paleo technicians are called to Suncor Millennium Mine in Alberta, Canada to assess and collect the animal’s ancient remains. 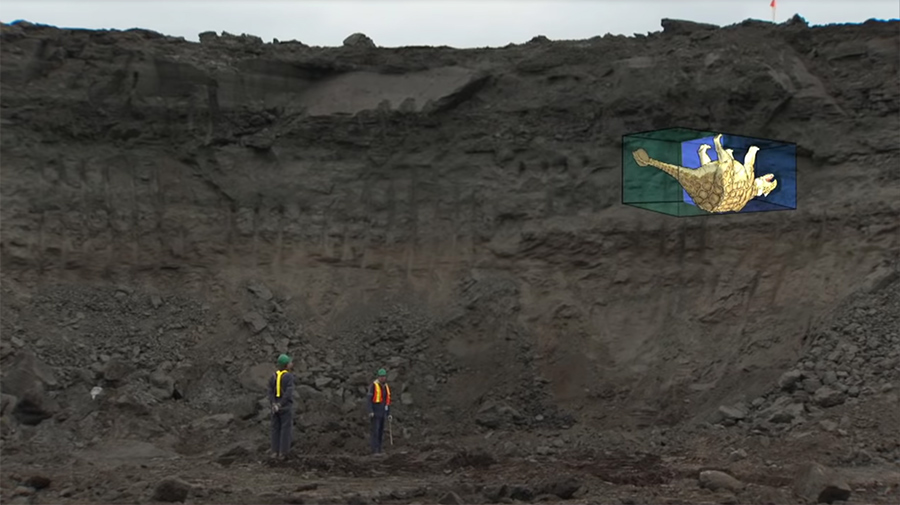 It’s a massive job that took a huge team. And they’re successful, but it isn’t without a major challenge: Near the end of the project, the huge fossil breaks under its own weight, leaving the team to rescue what they can. 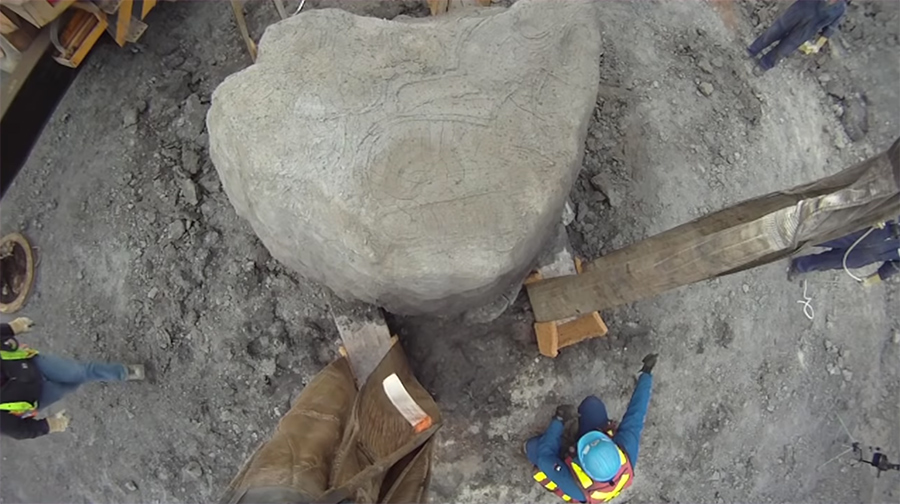 Spoiler: They do. Six years later, the recovered fossil is the best-preserved specimens of nodasaurus, an ankylosaurian dinosaur from the Late Jurassic to the Late Cretaceous period, ever found. It’s called Borealopelta markmitchelli:

It preserved not only the armor (osteoderms) in their life positions, but also remains of their keratin sheaths, overlying skin, and stomach contents from the animal’s last meal. Melanosomes were also found that indicate the animal had a reddish skin tone. 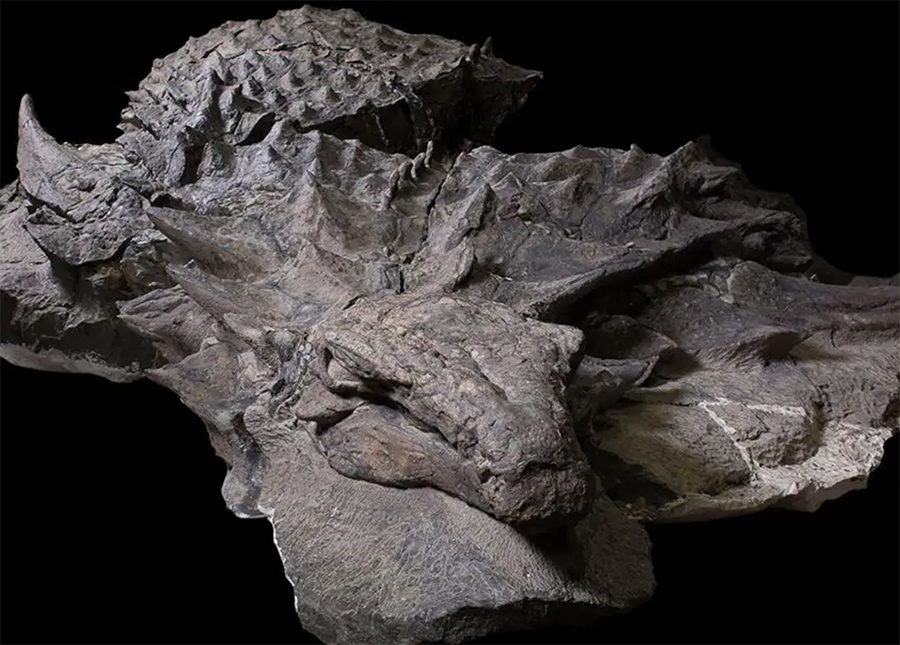 And from Smithsonian Magazine in 2017:

The fossil remains are incredibly lifelike, resembling a sleeping dragon. According National Geographic, which sponsored the five-year, 7,000-hour preparation of the fossil, it’s likely that the 3,000-pound,18-foot-long creature died in or near a river. Then its bloated carcass floated out to sea before sinking back-first into the muck where fossilization began…

The remarkable preservation of its armored plates, as well as some preserved scales, are helping paleontologists finally understand the size and shape of the creature’s keratin defenses.

Donald Henderson, curator of dinosaurs at the Tyrrell Museum, explained in National Geographic: “I’ve been calling this one the Rosetta stone for armor.”

The Erie Steam Shovel Type B in action