Poison dart frogs come in a variety of colors—red, green, yellow, gold, copper, blue, or black—and the brighter their coloring, Sir David Attenborough explains in this BBC clip, the more poison the frog has, the more dangerous it looks to predators, and the stronger it appears to other males… who may want to fight.

Watch as two poison dart frogs challenge each other over their local territory. It’s a bright red wrestling match. 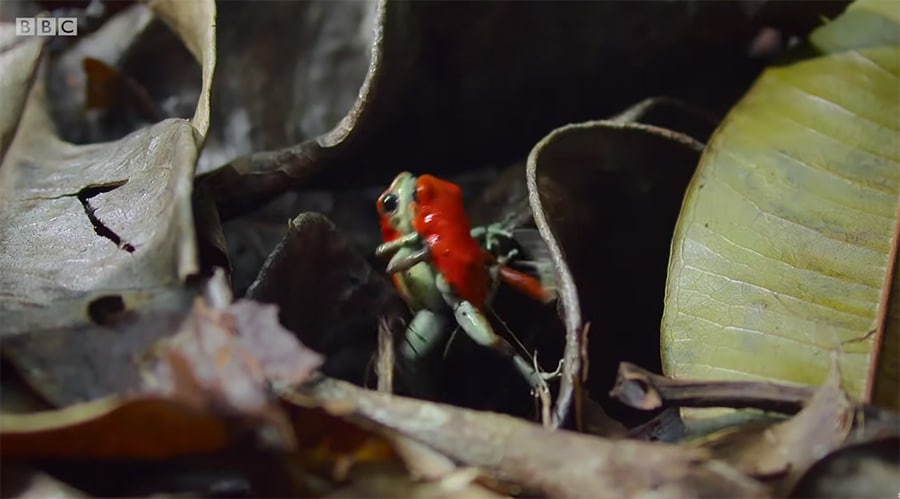 National Geographic has more about these tiny amphibians:

Dendrobatids include some of the most toxic animals on Earth. The two-inch-long golden poison frog has enough poison to kill 10 grown men. Indigenous Emberá people of Colombia have used its powerful poison for centuries to tip their blowgun darts when hunting, hence the genus’ common name.

Scientists are unsure of the source of poison dart frogs’ toxicity, but it is possible they assimilate plant poisons which are carried by their prey, including ants, termites and beetles. Poison dart frogs raised in captivity and isolated from insects in their native habitat never develop poison. 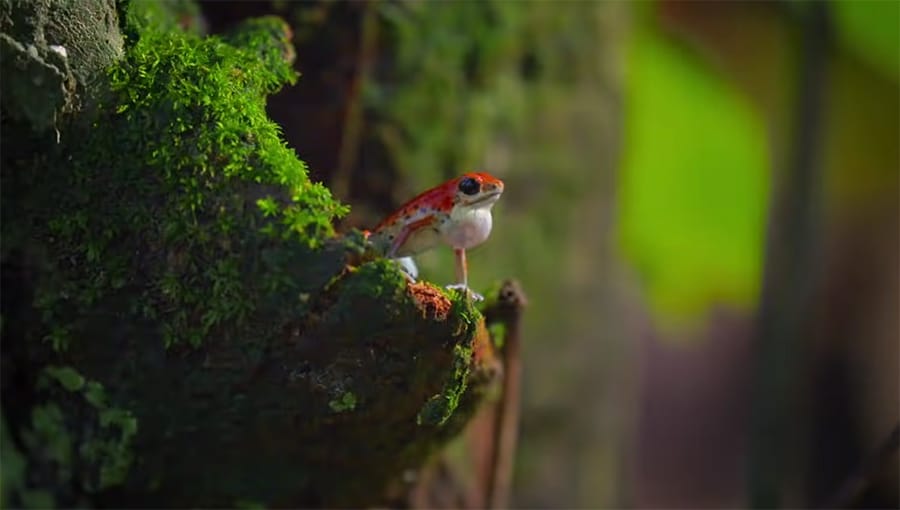 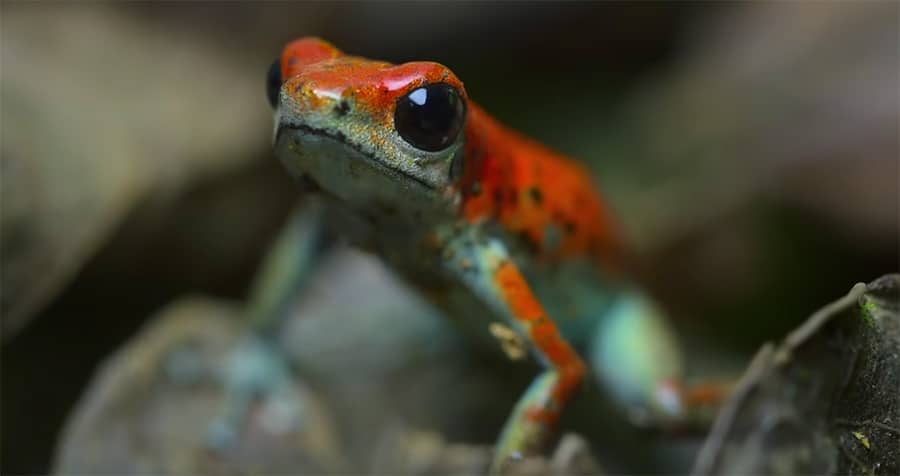 Watch this next: Venoms vs. Poisons.

Plus: Can you solve the frog riddle?

Sounds of Survival: The quest to record an exquisite spike-thumb frog mating call