‘The Hill We Climb’ by Amanda Gorman

She made it look effortless, but there was work behind the words. Via NPR, she struggled at first. “It was really daunting to begin the poem because you don’t even really know the entry point in which to step into the murk.”

Gorman started by doing the same thing she always does — doing her research. She steeped herself in the literature of past inaugural poets. She looked to orators from throughout history who have spoken about not just a divided America but also a united America. She read Abraham Lincoln, Frederick Douglass, even Winston Churchill.

“Day by day, Gorman chipped away at the poem. She was about halfway through,” when on January 6th, 2021, the insurrection at the U.S. Capitol focused her message. “I was like, ‘Well, this is something we need to talk about.'”

A fortnight later, she stood on the same spot to deliver a message of recovery and perseverance. 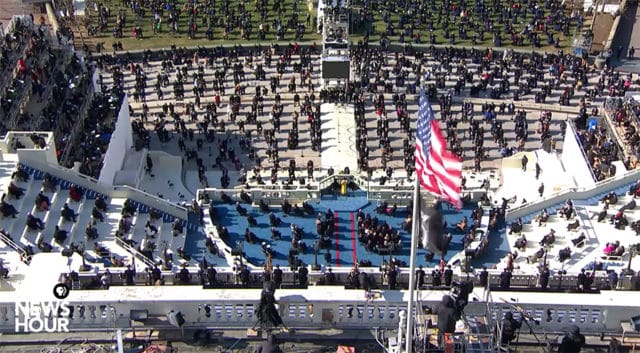 It’s no wonder that, in the shadow of that dark event, Gorman found the fuel to write. She professes her passion for poetry in her 2019 TED-Ed Student Talk:

The decision to create, the artistic choice to have a voice, the choice to be heard is the most political act of all. And by “political” I mean poetry is political in at least three ways:

Secondly, who gets to have their stories told, I’m talking, who is legally allowed to read, who has the resources to be able to write, who are we reading in our classrooms, says a lot about the political and educational systems, that all these stories and storytellers exist in.

Lastly, poetry is political because it’s preoccupied with people. If you look at history, notice that tyrants often go after the poets and the creatives first. They burn books, they try to get rid of poetry and the language arts, because they’re terrified of them.

Poets have this phenomenal potential to connect the beliefs of the private individual with the cause of change of the public, the population, the polity, the political movement. 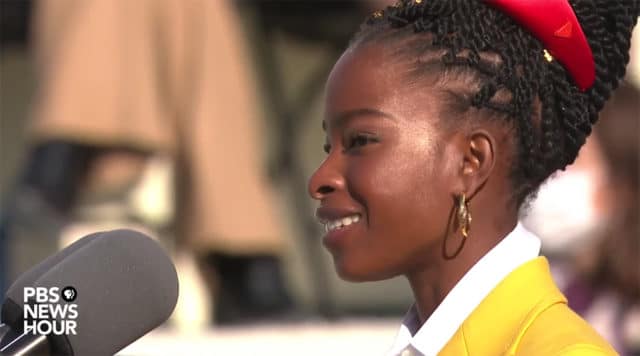 Read the full transcript of Gorman’s The Hill We Climb. Also: Did you catch the two Hamilton references?

Then watch this related video on TKSST: How Martin Luther King, Jr. Improvised ‘I Have A Dream’.

The Door – A poem by Miroslav Holub

Preschool Poets: Animated shorts based on poems by 4 & 5-year -olds