“Over a billion lightyears ago, in the darkness of outer space, a collision of black holes sent out a fleet of invisible waves that were headed right toward planet Earth. The waves were so powerful they could ripple spacetime but most people on Earth didn’t believe the waves were real.”

Astrophysicists Dr. Wanda Díaz Merced and Dr. Stavros Katsenayvos, as well as scientists at MIT, Caltech, and around the globe, believed in Albert Einstein’s theory about ripples in spacetime. Could they be detected on Earth?

This Radiolab animation introduces The Interferometer, a giant gravitational wave catcher with two laser-filled, mile-long arms. “It’s a journey that takes us through space and time and doubt.” And when it was finally built… bloop! 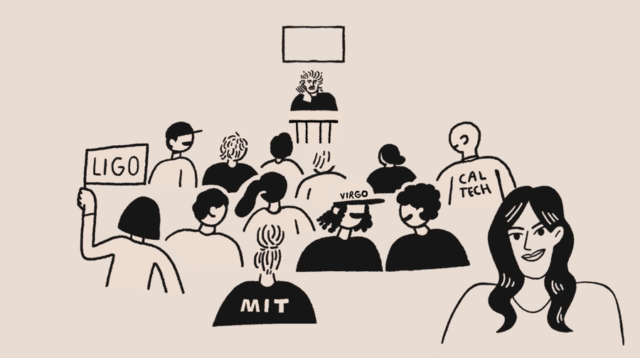 Take that journey with Dr. Wanda Díaz Merced and the corresponding Terrestrials podcast episode below.

The featured song was written and performed by Alan Goffinski, with illustrations and animation by Stephanie Obyrne. Lulu Miller hosts. The Terrestrials podcast is included in the Radiolab for Kids audio collection. 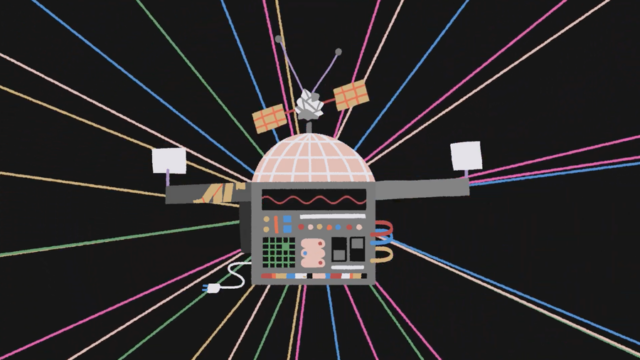 PODCAST ALERT: Terrestrials: The Unimaginable. “Astrophysicist Dr. Wanda Díaz Merced tells the story of what happened when [gravitational waves] hit Earth in 2015 and how scientists came to learn to use senses beyond eyesight to detect the waves. We also learn from Dr. Stavros Katsanevas about the building of a giant gravitational wave catcher called ‘The Interferometer.’ This episode also explores how to persist in the face of doubt as we learn Wanda’s tale of going blind and learning how to listen to the stars.”

Watch these videos next on TKSST:
• LIGO & The First Observation of Gravitational Waves
• Gravitational Waves Explained Using Stick Figures
• A physical demonstration of gravitational waves
• The Eclipse That Made Einstein Famous
• General relativity & why GPS wouldn’t work if we didn’t know about it

Bonus: The Blind Astronomer of Nova Scotia and more videos about sounds.

The moment scientists see the first photo of a black hole

The Eclipse That Made Einstein Famous