ShareTweet
Watch more with these video collections:
animationchangecloudscottondeathemotionsfabricfamilygrandparentsgriefhandmadekiteslovemade for kidsseasonstextileswindwool

A wordless animated short for children, The Kite shares the story of a little boy who visits his grandfather in the countryside. Together, they fly a kite, charmed by how it rides the wind. 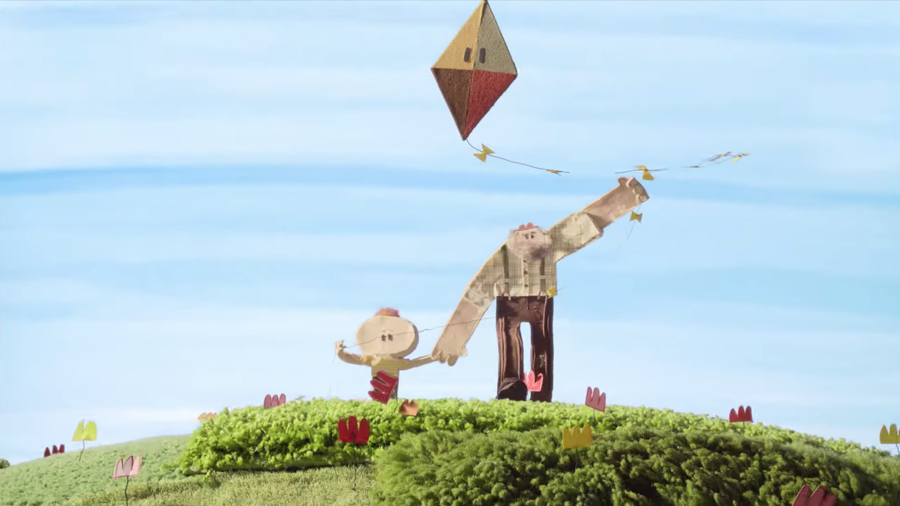 During each of the boy’s four visits, he experiences the sometimes buoyant, sometimes harsh winds of the different seasons, representations of joy, loss, grief, and renewal. The film’s director Martin Smatana explains:

“When I started to develop a story for children about death, many asked me if I had gone mad. Then, I was reading a lot books and articles about how to speak about such complex issues with children; how to answer their questions truthfully without any understating. At the same time, I wanted to approach the matter employing metaphors and symbols… It was important for me to have joy and hope in a story about death. I decided to talk about this topic without using a spoken word, just by gestures and body language.”

The singular look of the film is tied closely to the story, as well. Each season has its own color palette, and the characters and backgrounds are handmade with second-hand clothes, wool, felt, cotton, furry carpets, and paper that all react with the wind.

Under these textiles, the boy and his grandfather were provided structure with wire armatures and thin aluminum sheets, respectively. 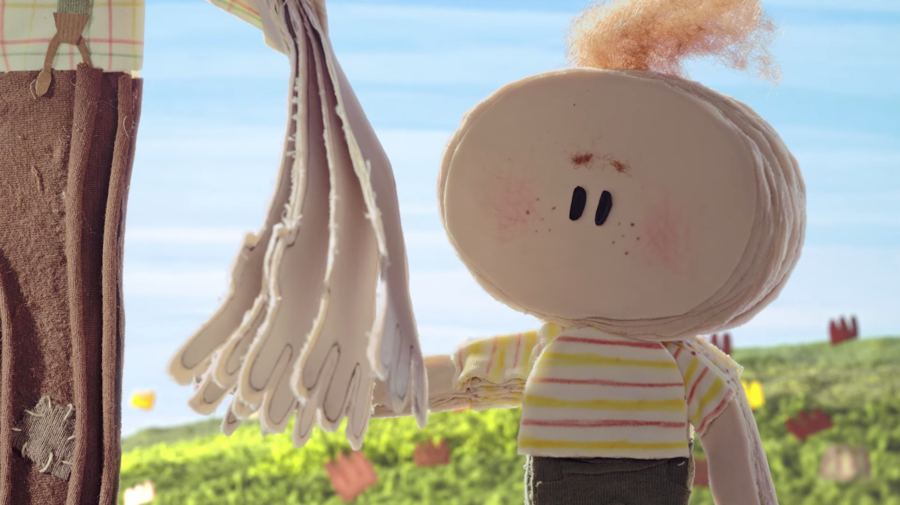 “They are both made out of layers, which symbolize their age. The boy has many of these layers. He is perspective because he has all his life before him. But grandfather, on the other hand, has already lost most of his layers and he has only few left. As he gets older, he also gets thinner, and at the end of his life, he is as thin as a sheet of paper. One day, the wind just softly blows him away and takes him up to the sky…” 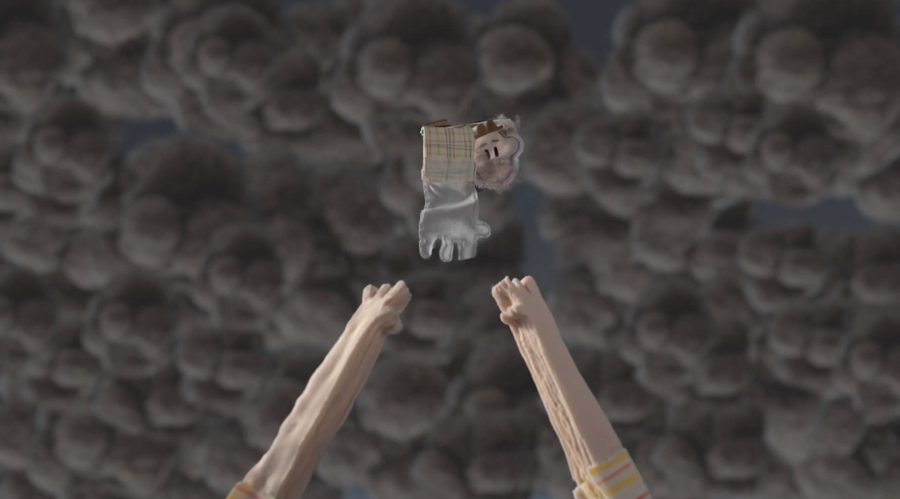 “I decided to talk about such a topic because when I was in this age I used to ask adults a lot of existential questions like where do people go after they die they are not around anymore and later on I realized that basically there is no one in the entire world who can give me the exact answer right because nobody knows it so the only thing we can do is to imagine what it might look like and I imagined it as this big space full of soft fluffy clouds you can jump in them swim and dive in them so in the end it’s not so bad.” 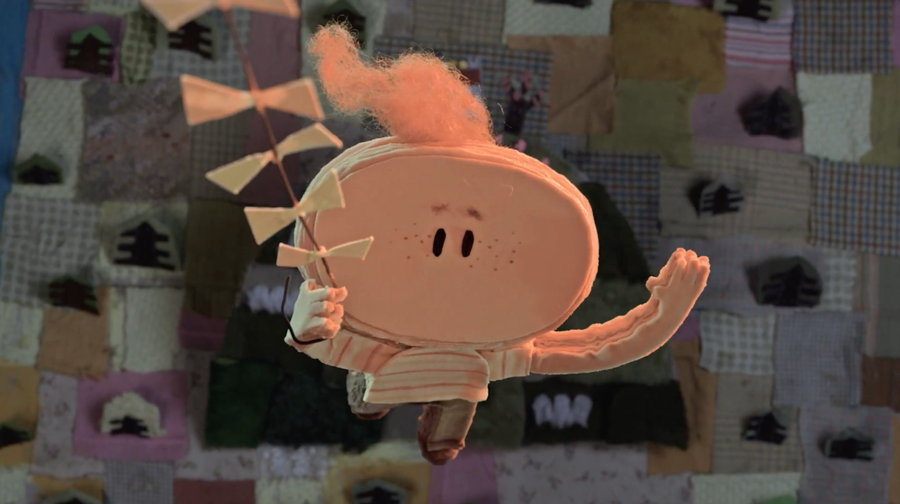 Go behind-the-scenes with the makers of The Kite during Pre-production, Scenography (below), Shooting, and Post-production. 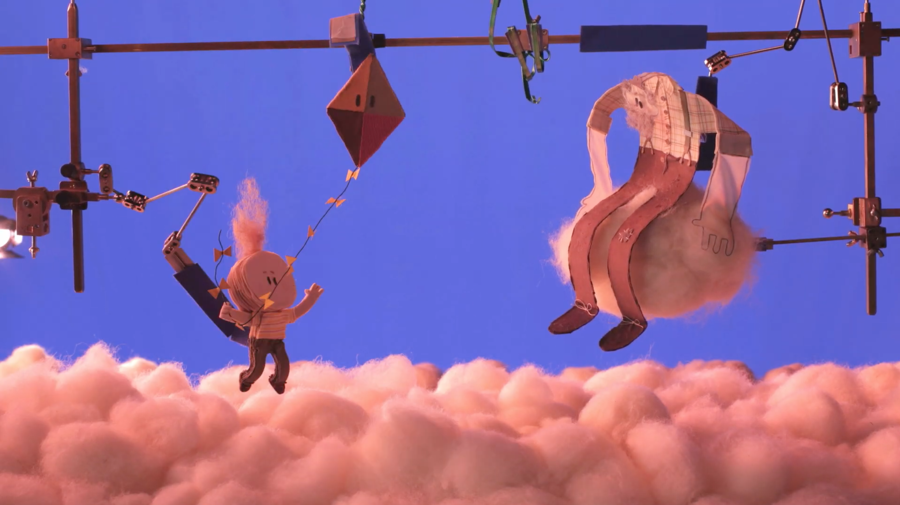 TKSST shares quite a few videos about death and grief, including these related selections:
• Way of Giants (Caminho dos Gigantes), a wordless animation about the circle of life
• Duck, Death and the Tulip
• One Small Step, an Oscar-nominated animated short
• The Cloudy Dog Talks About…
• Dia de los Muertos, an animated journey to the land of the dead
• Whale Fall (After Life of a Whale)

Duck, Death and the Tulip

Dia de los Muertos, an animated journey to the land of the dead