In 1989, in the midst of a raging storm off the Brittany coast, photographer Jean Guichard circled above the French lighthouse of la Jument (Le Phare de La Jument) in a helicopter, camera in hand to capture the tempest. Hearing the helicopter, keeper Theodore Malgorne came out to investigate but retreated quickly as a huge wave crashed into the lighthouse. This dramatic moment was captured by Guichard in a series of photographs.

In this clip from the BBC’s Coast series, Neil Oliver brings the two together to tell the story of that moment. 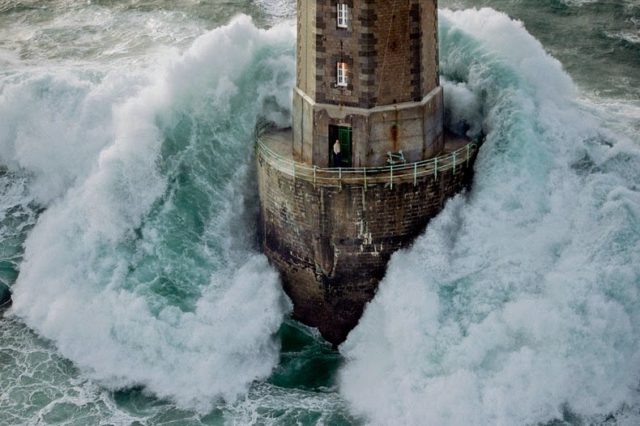 For more on the raw power of the ocean along France’s Brittany coast, watch this incredible footage of the region’s lighthouses during a 2007 storm:

Watch these two videos next:
• They Are The Last: Life as a lighthouse keeper
• Changing shifts at le Phare de Kéréon

The Infinite Now, a series of oceanscape cinemagraphs

The Ground Beneath Me: A photo every day for one year

The Beauty of Space Photography

Storytelling from the mountainside: Jimmy Chin on assignment