Sesame Street‘s two classic sketches The Lost Wheel and “Hey, let’s make a road!” are shown together in this MonsterpieceTheatre upload celebrating director Joost Van Rees. The Lost Wheel, shared in both English and Spanish, was reportedly first broadcast in the series third season. 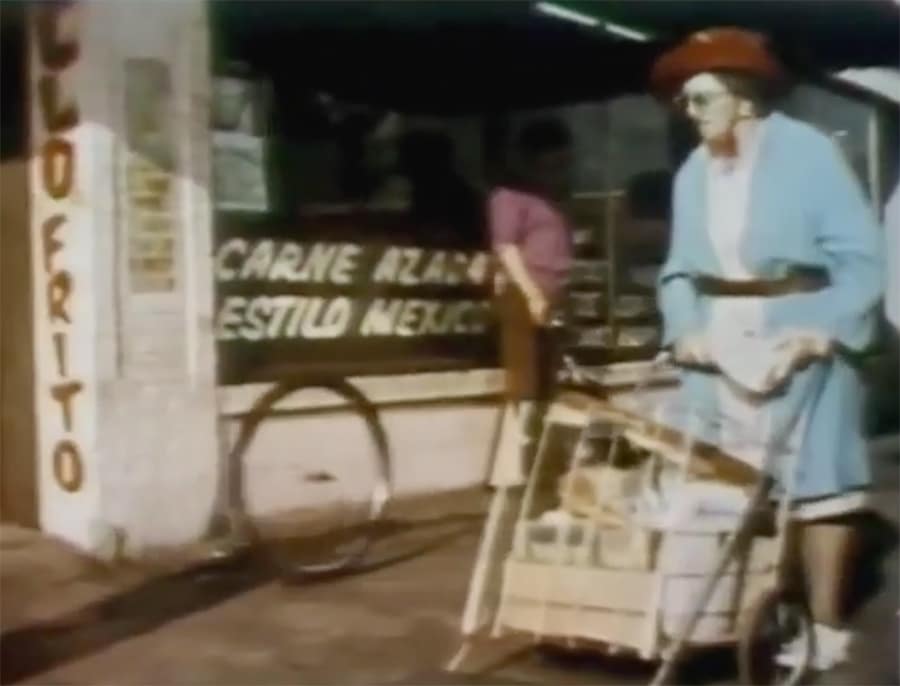 The beach construction video was in episode 295, which also first aired in season three on December 10, 1971. In it, kids building structures at the beach are paired with similar work by a construction crew using large vehicles. 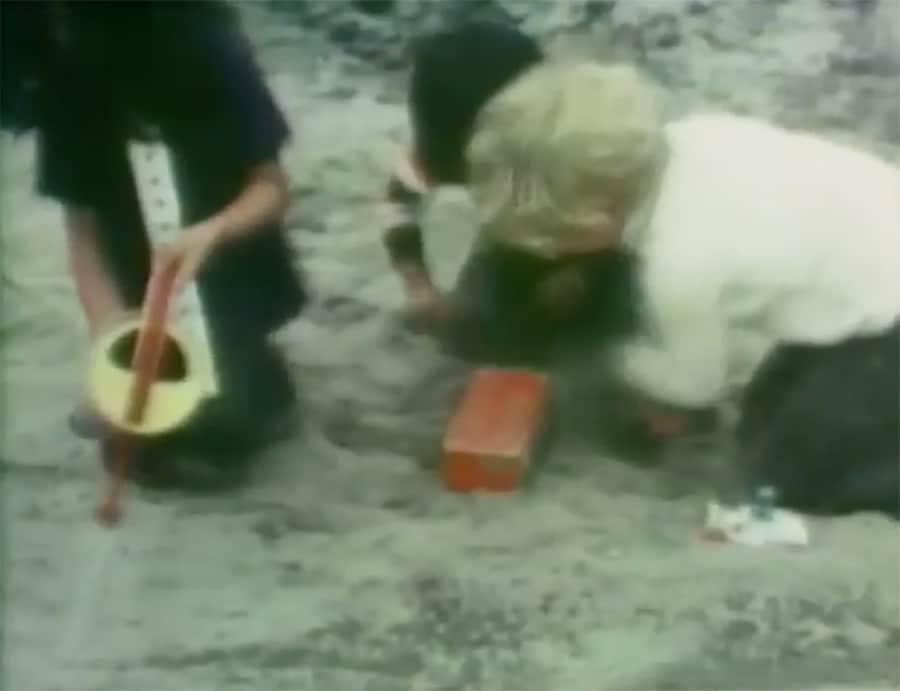 Before closing comments on the video, YouTuber Monsterpiece Theater highlighted this user comment:

I PLAYED CONGAS ON THIS FILM AND THE LOST WHEEL! WOW! These two films were shot by Joost Van Rees, music by Bobby Richman Rhodes piano, Michael Dodson congas, bassist DeBeau, and Paul Jorgensen African drum about 35 yrs ago! Recorded in Avila Beach where Joost lived and us musicians were from San Francisco and bay area…thanx for posting it REALLY WARMS MY HEART….thought they were lost forever. 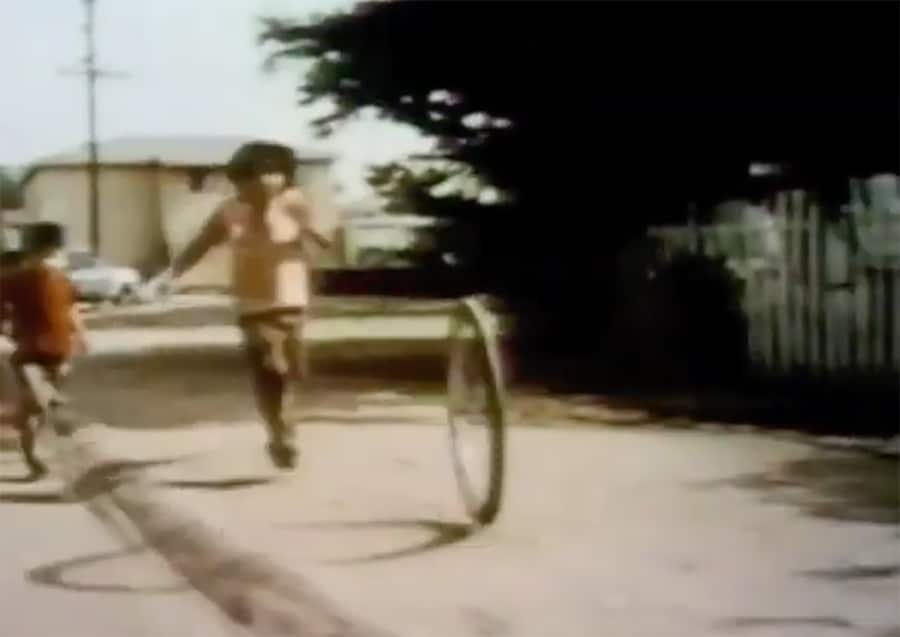 Tires on a ski jump, a competition clip from Japanese television