Anyone who is interested in learning how to play chess, who’s just getting started, or who already loves to play: Watch The Magic of Chess. This charming short film by Jenny Schweitzer Bell, presented by The US Chess Federation, was filmed at the 2019 Elementary Chess Championships at the Nashville Opryland resort. 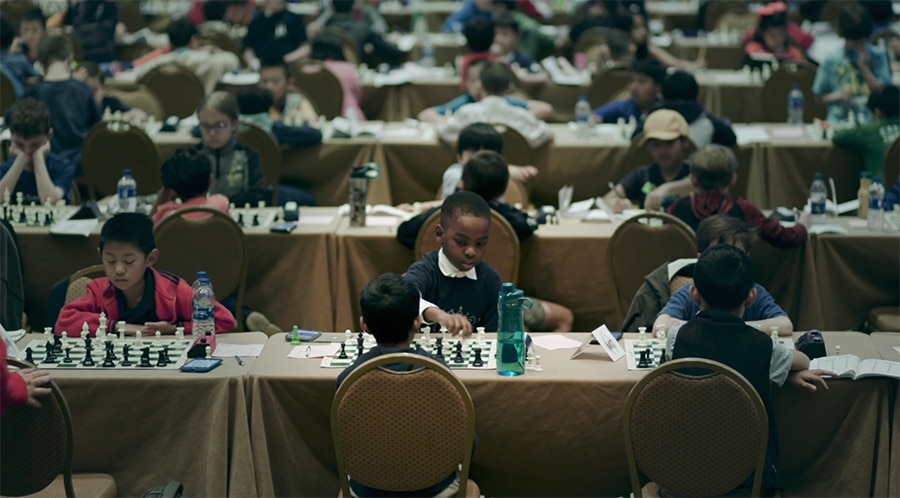 The short film is filled with excellent advice, “uninhibited, philosophical insights” by kids who seem to love playing chess:

“It’s not always about trophies. It’s about having fun. If you have fun, you’ll learn more.”

“It teaches you how to make a plan, and making mistakes or blunders. All you have to do is try again as fast as you can.”

May 2021 update: The last quote is by Tanitoluwa Adewumi, who can be seen around the film’s four-minute mark and centered in the photo above. Via Nicholas Kristof in The New York Times:

“This month, as a fifth grader, Tani cruised through an in-person tournament in Connecticut open to advanced players of all ages and won every game. He emerged with a chess rating of 2223, making him a national master.

At 10 years 7 months and 28 days, Tani became the 28th-youngest person ever to become a chess master in the United States, according to John Hartmann of U.S. Chess. Tani had one of the fastest rises, for he began playing chess only at the relatively late age of 7…

Maybe we can be inspired by the wisdom of America’s newest chess master. I asked Tani how he feels when he loses.

‘When you lose, you have made a mistake, and that can help you learn,’ he told me. ‘I never lose. I learn.'” 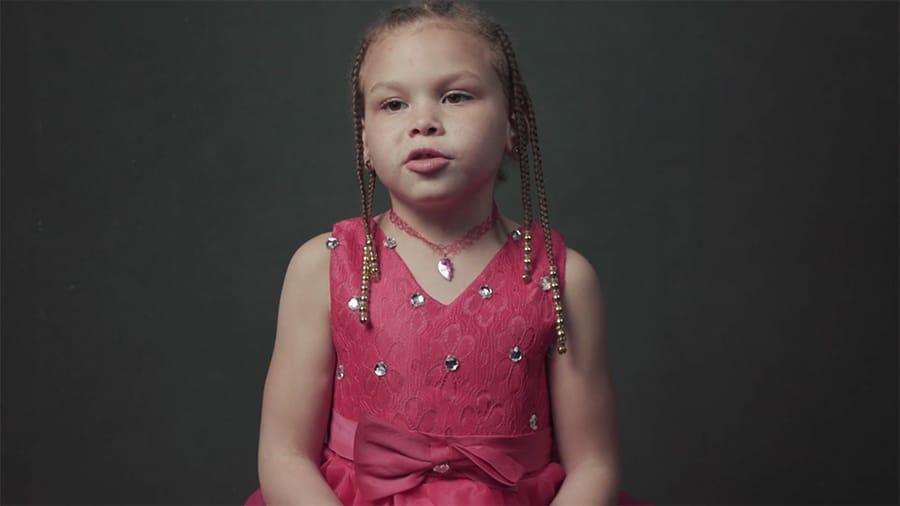 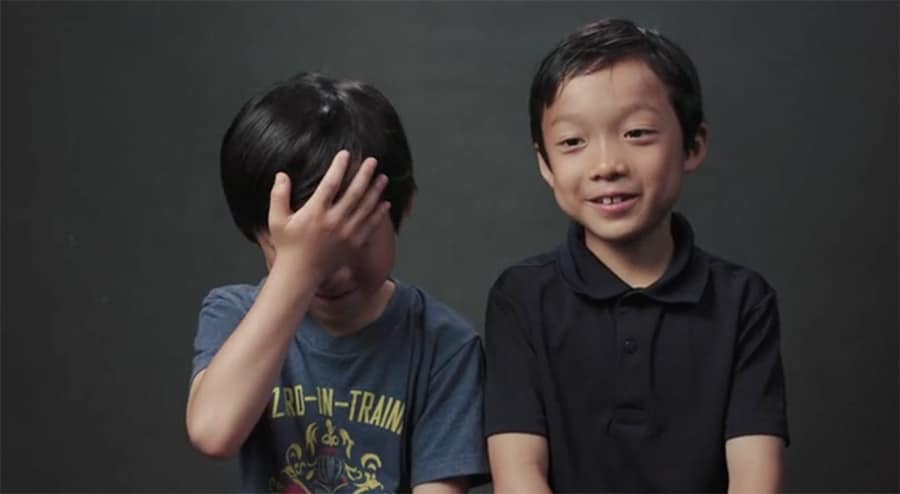 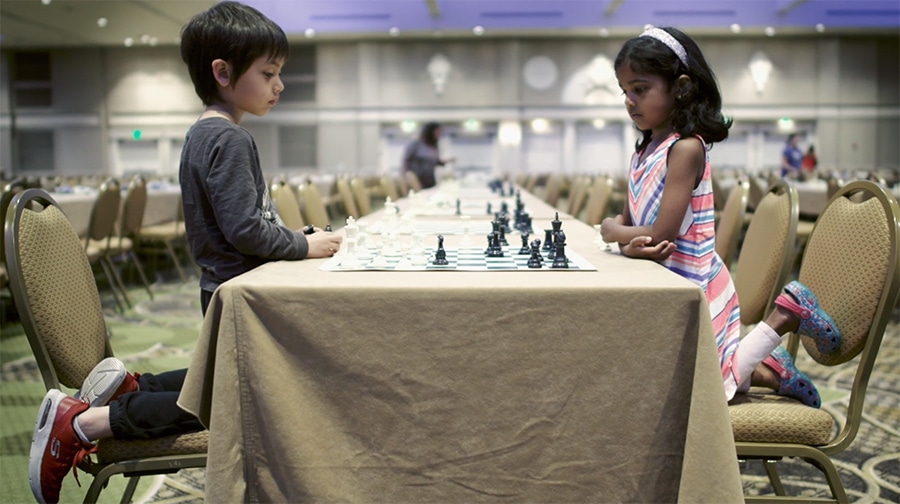 Watch this next: A brief history of chess.

Who will get to the top of these slimy stairs first?

The Genius of Play – Vital benefits of playtime in 9 animations