Why did this megapod of orcas, possibly the largest gathering of killer whales ever caught on film, come together just off the Norwegian island of Skjervøya? In this Discovery UK clip, oceanographer Daniel Conley explains how scientists figured out if the whales were from the same community:

“If you hear the chattering of one orca or dolphin, you can tell approximately what pod it came from… We think that there are several different dialects within this group, so we know that this is not one big pod. This is actually a conglomeration of several different pods. Normally we don’t see them socializing between different pods. It’s not something that’s very common.”

So what’s going on? Conley and marine biologist Dr. Andrew Nosal discuss the possibilities based on the video’s clues: The time of year it was filmed, the birds flying above the swarm, and the Norweigian fishing boats in the background. 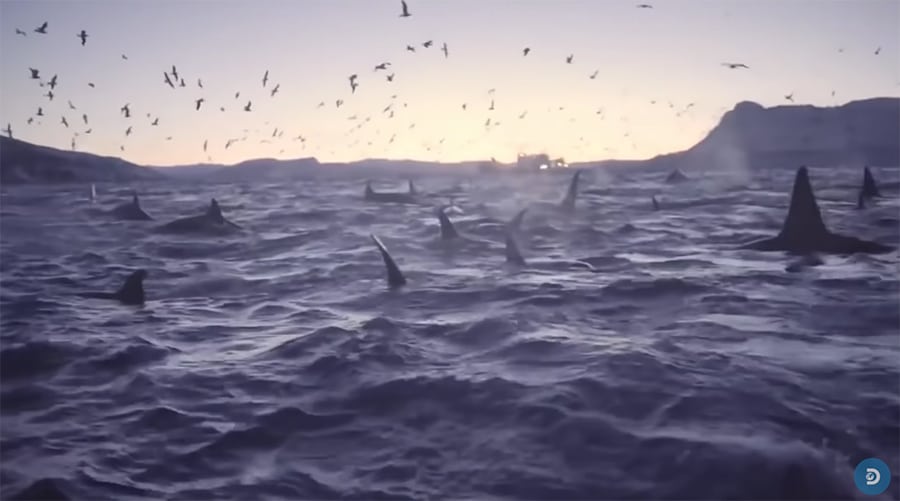 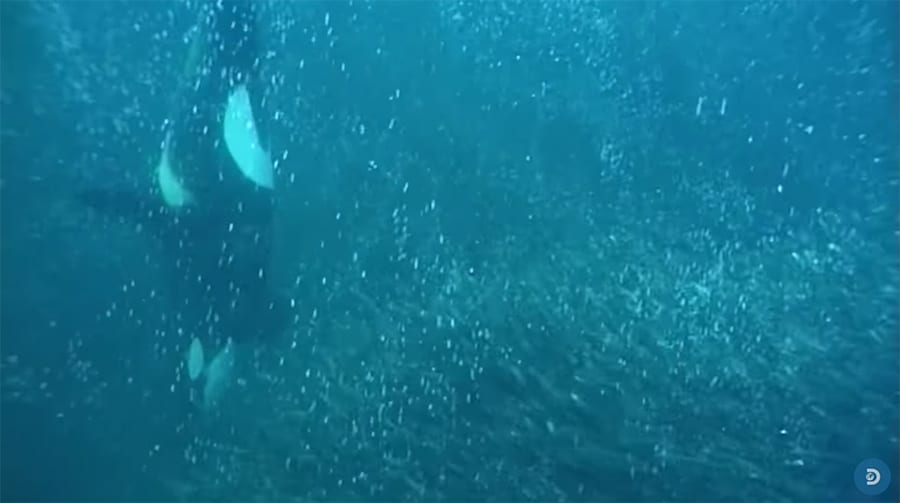 Tarpon and sharks feast on millions of grey mullet

Secrets of Schooling: Investigating the collective behavior of fish