The science of oobleck

Whether you call it a non-Newtonian fluid or oobleck, cornstarch and water is a classic mix that can provide hours of entertainment (and clean-up) for kids and adults alike. Move slowly with it and it behaves like a liquid. Move fast and it’s more of a solid.

This phenomenon is well-known but the science behind oobleck—the how, why, and when of its forms—wasn’t completely explained or predictable. Until now.

For instance, because cornstarch particles are so small, they can be influenced by temperature, and by electric charges that build up between particles, causing them to slightly repel against each other.

“As long as you squish slowly, the grains will repel, keeping a layer of fluid between them, and just slide past each other, like a fluid,” [Ken Kamrin, associate professor of mechanical engineering at MIT] says. “But if you do anything too fast, you’ll overcome that little repulsion, the particles will touch, there will be friction, and it’ll act as a solid.” 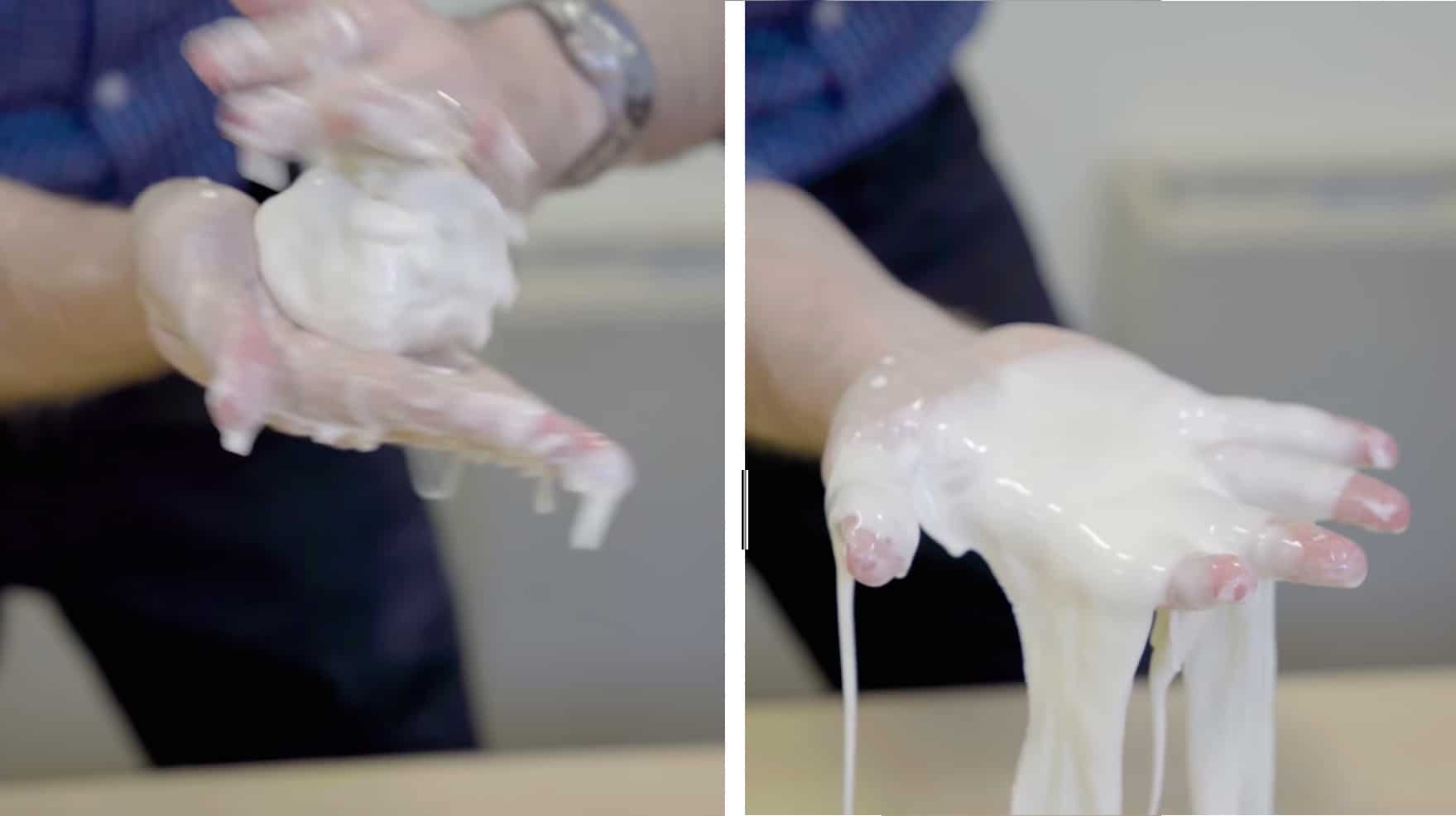 This repulsion happening at the small scale brings out a key difference between large and ultrafine grain mixtures at the lab scale: The viscosity, or consistency of wet sand at a given packing density remains the same, whether you stir it gently or slam a fist into it. In contrast, oobleck has a low, liquid-like viscosity when slowly stirred. But if its surface is punched, a rapidly growing zone of the slurry adjacent to the contact point becomes more viscous, causing oobleck’s surface to bounce back and resist the impact, like a solid trampoline.

They found that stress was the main factor in determining whether a material was more or less viscous. For instance, the faster and more forcefully oobleck is disturbed, the “clumpier” it is — that is, the more the underlying particles make frictional, as opposed to lubricated, contact. If it is slowly and gently deformed, oobleck is less viscous, with particles that are more evenly distributed and that repel against each other, like a liquid. 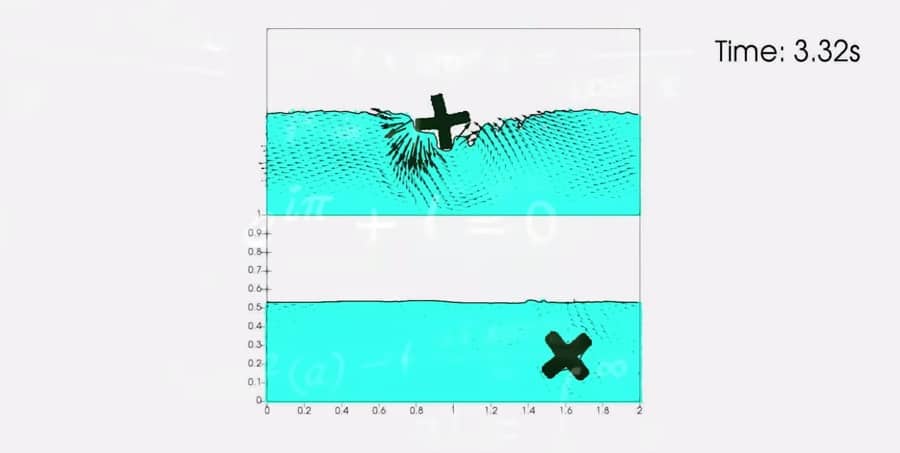 Watch more videos about oobleck on TKSST, including how to make oobleck glow, oobleck in super slow motion, and running across a pool of oobleck.

Bonus: Why is ketchup so hard to pour?

Why is ketchup so hard to pour?

What is dust made of?