Balls, pendulums, apples and magnets all played their part in the story of modern physics, but then things got weird. And when Albert Einstein combined time and space, things got even weirder – step forward quantum uncertainty, black holes and the Big Bang.

This short animation, The Story of Physics, is one in a series of simplified historical summaries from the BBC2’s Science Club series hosted by Dara O Briain. Learn how 300 years of physics was mostly about observing and measuring, until x-rays, radioactivity, and other new discoveries stopped fitting neatly into initial observations.

And then “a Swiss patent clerk started a full-on storm.” That, of course, was 26-year-old Albert Einstein, who, along with other scientists, changed the story of physics and pushed our understanding of how the universe works. 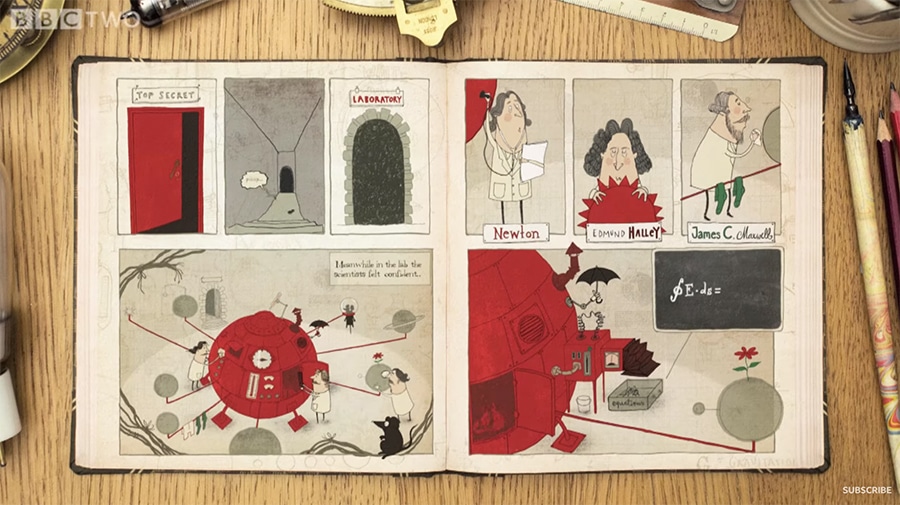 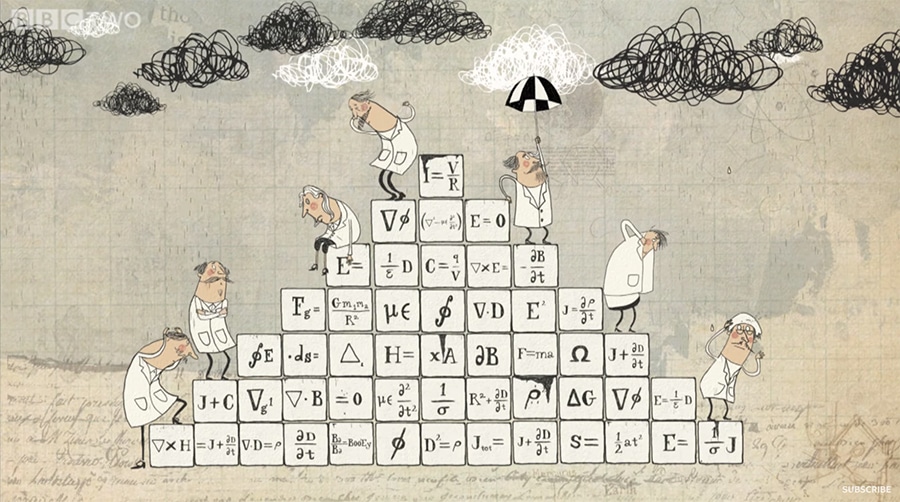 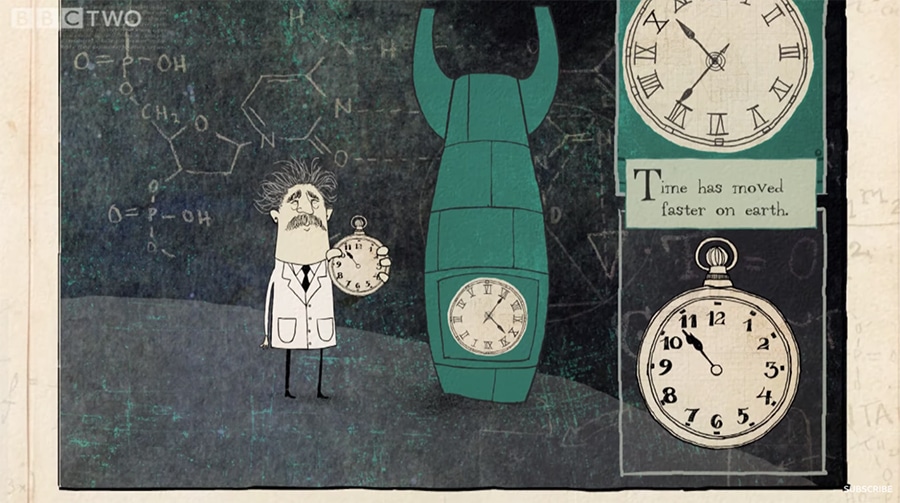 Watch this next: E=mc² explained in two minutes by Dr. Maggie Aderin-Pocock.

Plus: The Eclipse That Made Einstein Famous and General relativity & why GPS wouldn’t work if we didn’t know about it.

The Man Who Put the Pee in Phosphorus