Perhaps you know the well-used gif of a ballet frog jumping for joy in front of a pastoral cottage? That gif is from a film production of Tales of Beatrix Potter, specifically telling The Tale of Mr. Jeremy Fisher, a 1906 children’s book that was written and illustrated by Beatrix Potter.

In 1971, Tales of Beatrix Potter was adapted for this film version with dancers from The Royal Ballet. Mr. Jeremy Fisher was played by ballet dancer Michael Coleman.

The entire story with illustrations can be found for free on Project Gutenberg. A summary via Wikipedia:

“Jeremy Fisher is a frog that lives in a damp little house amongst the buttercups at the edge of a pond. His larder and back passage are ‘slippy-sloppy’ with water, but he likes getting his feet wet; no one ever scolds and he never catches cold. One day, Jeremy finds it raining and decides to go fishing. Should he catch more than five minnows, he would invite his friends to dinner. He puts on a mackintosh and shiny galoshes, takes his rod and basket, and sets off with “enormous hops” to the place where he keeps his lily-pad boat. He poles to a place he knows is good for minnows.”

“Once there, the frog sits cross-legged on his lily-pad and arranges his tackle. He has ‘the dearest little red float’. His rod is a stalk of grass and his line a horsehair. An hour passes without a nibble.” 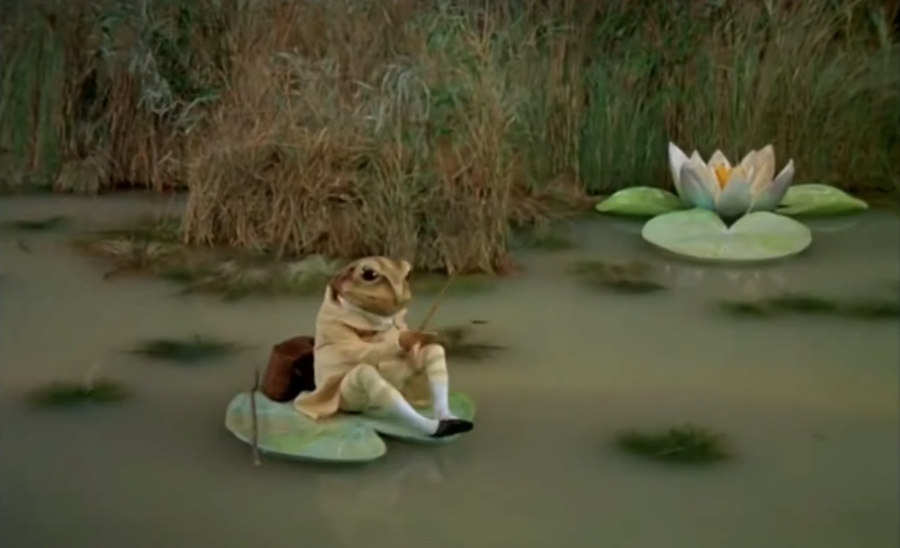 “He takes a break and lunches on a butterfly sandwich. A water beetle tweaks his toe, causing him to withdraw his legs, and rats rustling about in the rushes force him to seek a safer location. He drops his line into the water and immediately has a bite. It is not a minnow but little Jack Sharp, a stickleback. Jeremy pricks his fingers on Jack’s spines and Jack escapes. A shoal of little fishes come to the surface to laugh at Jeremy.

“Jeremy sucks his sore fingers. A large trout rises from the water and seizes him with a snap (Mr. Jeremy screams, ‘OW-OW-OW!!!’). The trout dives to the bottom, but finds the mackintosh disgusting and spits Jeremy out, swallowing only his galoshes. Jeremy bounces ‘up to the surface of the water, like a cork and the bubbles out of a soda water bottle’, and swims to the pond’s edge. He scrambles up the bank and hops home through the meadow, having lost his fishing equipment but quite sure he will never go fishing again.” 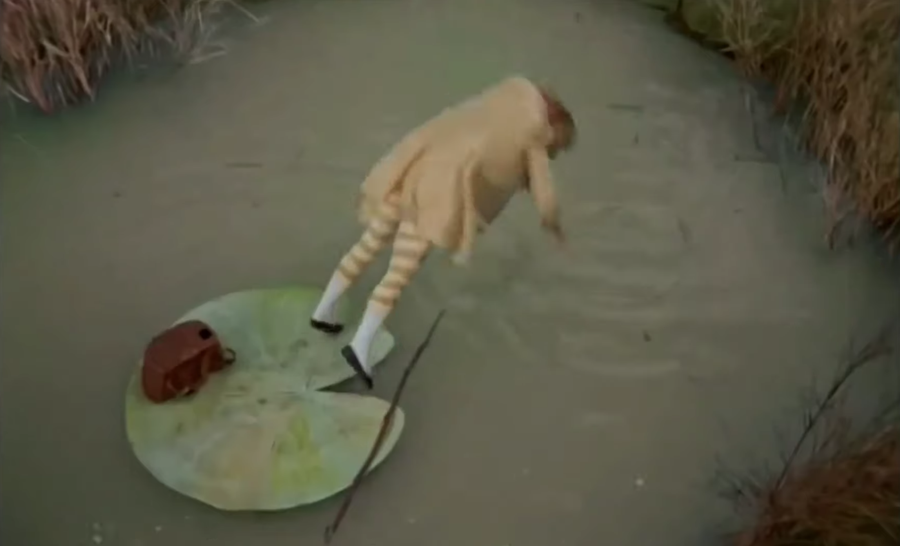 “In the last few pages, Jeremy has put sticking plaster on his fingers and welcomes his friends, Sir Isaac Newton, a newt; and Alderman Ptolemy Tortoise, a tortoise that eats salad. Isaac wears a black and gold waistcoat and Ptolemy brings a salad in a string bag. Jeremy has prepared roasted grasshopper with ladybird sauce. The narrator describes the dish as a ‘frog treat’, but thinks ‘it must have been nasty!'”

The full film can be found on YouTube, Amazon, or via The Royal Ballet shop, along with the 2007 stage version. 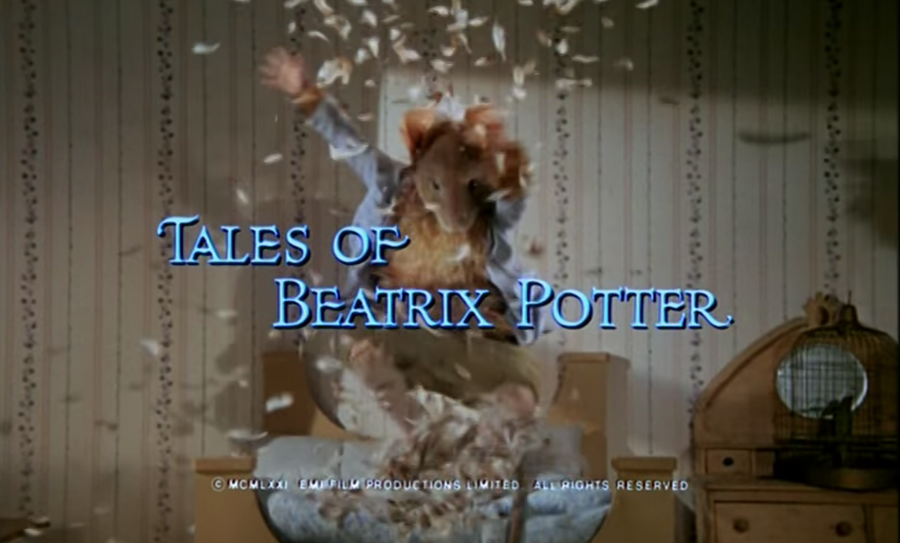 Then watch these classic dance performances next:
• Mad Hatter’s Tea Party, a performance by The Royal Ballet
• The giant tap dancing noses of Shostakovich’s ‘The Nose’
• The Boston Ballet’s dancing Nutcracker Bear

The Tart Adage from Alice’s Adventures in Wonderland