Undiscovered until 1974, these life-size terracotta warriors have stood in their protective ranks for over 2,200 years. They are an archaeological relic from 248 BC, a creation of China’s first emperor Qin Shi Huang (259-210 BCE), who ascended the throne at age 13.

The existence of the estimated 6,000 to 8,000 soldier statues was first discovered by local farmers who were digging a well. Since then, the Qinshihuang Mausoleum has become a treasured archaeological find, a UNESCO World Heritage site, and a Guinness World Record-setting display. 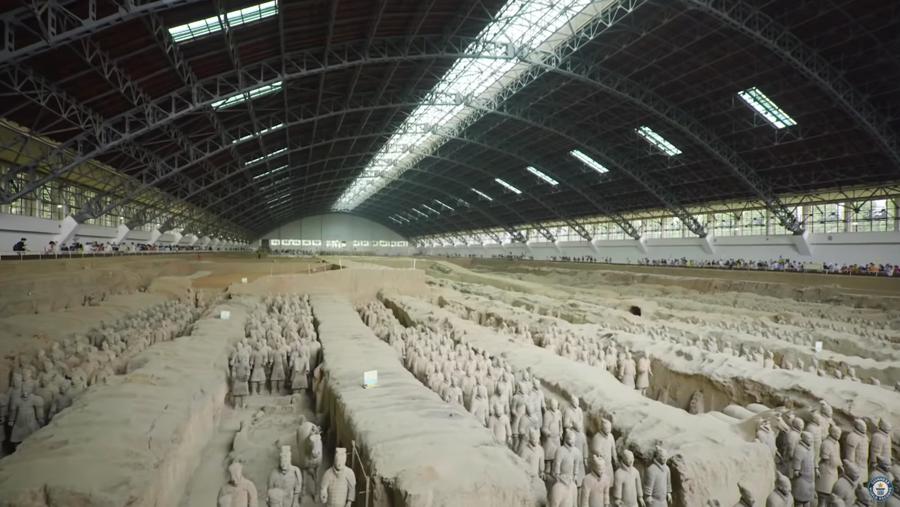 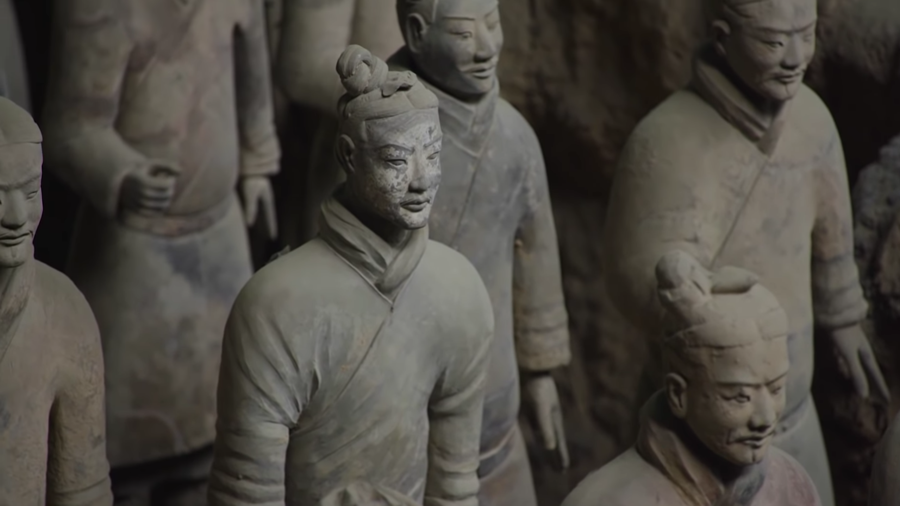 This Guinness video shares more about the astonishing army in the Shaanxi province. From the video:

“Painstaking research of the site by archaeologists revealed that the figures were made more than 2,200 years ago by Qin craftsmen that had already mastered terracotta casting and related assembly techniques. The life-size warriors were mainly cast by hand, supplemented by molding techniques. This advanced process allowed for the production of thousands of figures that each look different, bearing vivid faces and body features. The nuances of each face imbue each figure with an individual aura, hinting at their inner worlds and feelings. The army of warriors is an expression of ancient realism on an epic scale.” 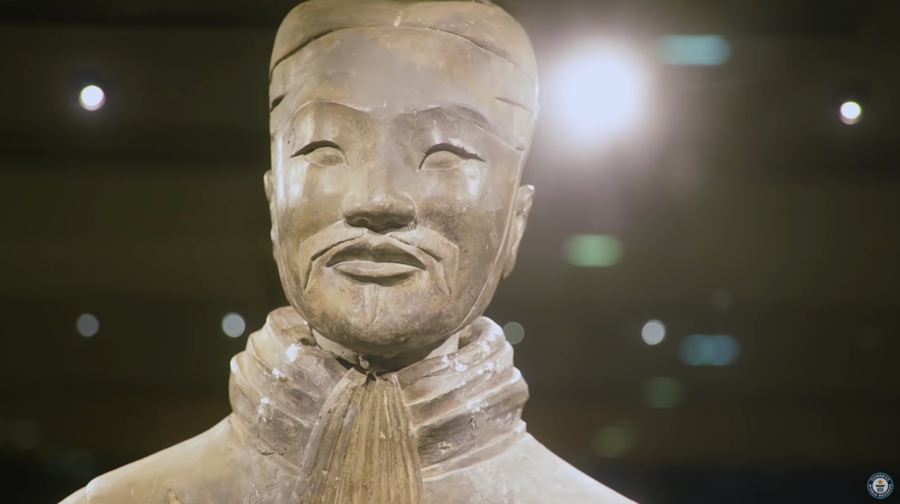 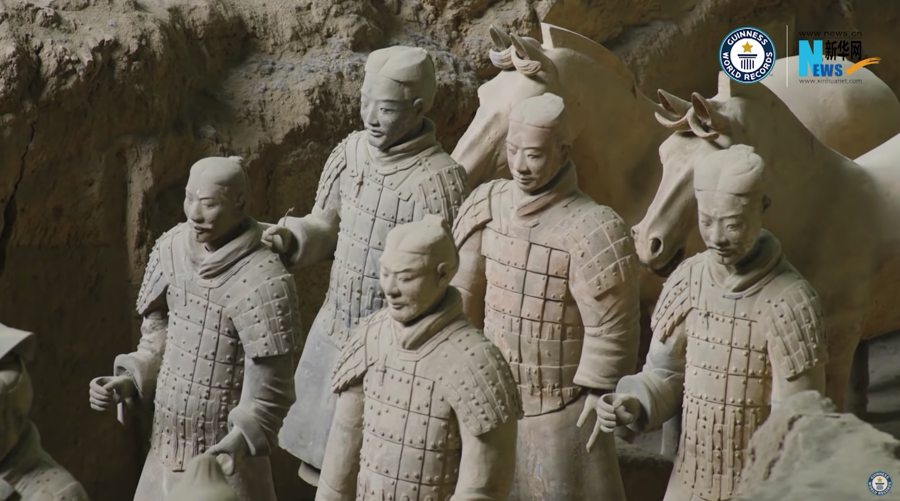 Plus, some context from Artnet:

“Researchers believe it took 700,000 laborers as much as 30 to 40 years to complete the army and its tombs, and that there are still likely more vaults and warriors to be discovered. And yet, it may not even be Qin Shi Huang’s most ambitious contribution to his country: the first Emperor was also responsible for the creation of the Great Wall of China.” 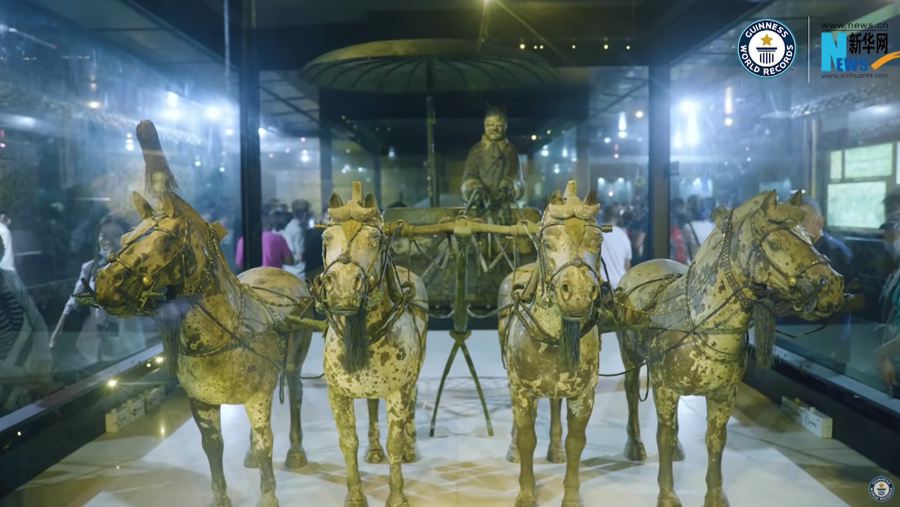 Related statue and archaeology videos on TKSST include:
• Installing massive statues with engineering and care at the Met
• The 40,000-year-old Lion Man of the Hohlenstein-Stadel
• Egypt’s Aten, the 3,400 y.o. ‘Lost Golden City’ of Luxor
• King Tut and what we’ve learned from his tomb
• What will The British Museum do with the stolen artifacts in their halls?

The Archaeology of Crossrail and the history of London