At Lake Titicaca, the largest lake in South America and the highest large lake in the world, there’s less oxygen available in the air and water. This is where the Titicaca water frog (Telmatobius culeus) lives. It has adapted to the high altitude with the help of baggy skin folds that absorb the oxygen it needs. 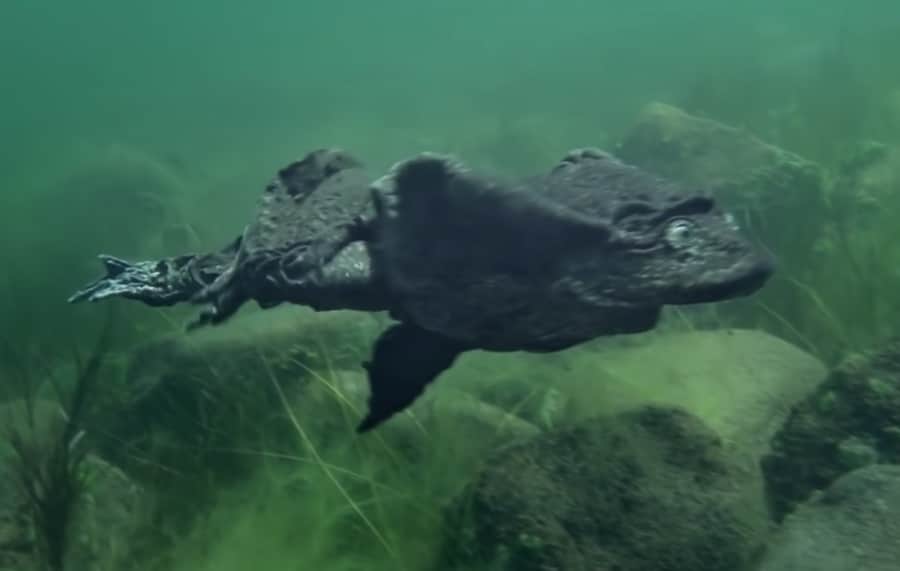 This clip from The Wild Andes: Extreme Survival provides an up-close look at this critically endangered aquatic frog. From Earth Touch News:

Over the past 15 years, amidst pollution, habitat loss and hunting, the species has seen an astonishing population decline of around 80%, including a number of devastating mass deaths that have claimed the lives of thousands of frogs. In response, nearby researchers began attempting to breed the frogs in captivity.

Both Lima, Peru’s Huachipa Zoo in 2010 and the Denver Zoo in 2017 have successful yielded tadpoles from laid eggs:

Next: Sounds of Survival: The quest to record an exquisite spike-thumb frog mating call and cell division in a frog egg, a microscopic time-lapse video.

Who carved these mysterious giant drawings in the Peruvian desert?

The rise and fall of the Inca empire