The Typewriter, performed with an orchestra

The first 1.5 minutes of this performance of La máquina de escribir (The Typewriter) in 2011 is all a humorously-pantomimed set up. And when the music starts, percussionist Alfredo Anaya brings even more delight. The orchestra, a humanitarian association of Spain-based musicians called Voces para la Paz (Voices for Peace), was led at the Auditorio Nacional de Música de Madrid by conductor Miguel Roa, who plays his part well, too. 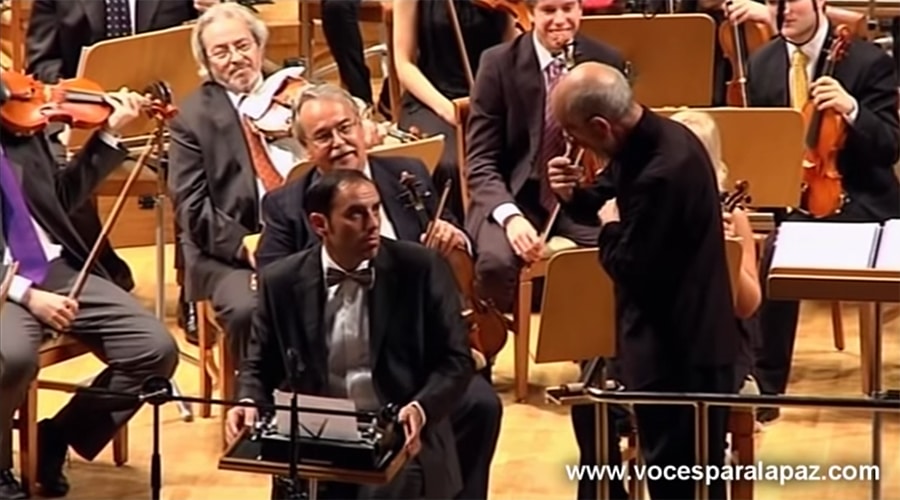 “The Typewriter” is a short composition of light music by American composer Leroy Anderson, which features an actual typewriter as a percussion instrument.

Anderson completed “The Typewriter” on October 9, 1950 in Woodbury, Connecticut. “The Typewriter” received its first performance on September 8, 1953 during a recording Anderson and the Boston Pops Orchestra made in New York City for Decca Records. Anderson composed the melody for symphony and pops orchestras; William Zinn and Floyd Werle arranged it for string orchestras and wind bands respectively. 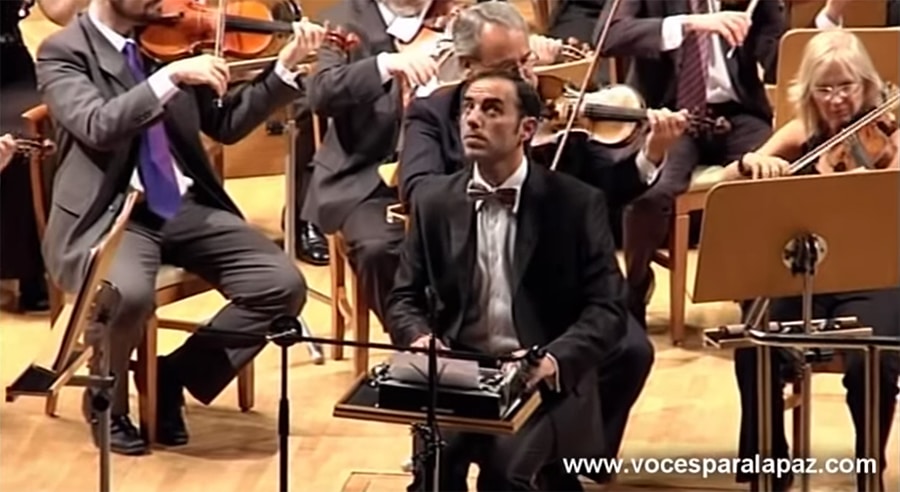 Of course, we know The Typewriter thanks to the Jerry Lewis performance in the 1963 film Who’s Minding the Store? Be sure to watch that next.