In the lush forests of modern-day Central African Republic, sometime between 1800 and 1500 BC, craftsmen are believed to have discovered iron. New evidence indicates that ironworking began in the heart of Africa.

This clip about the untold history of ironworking in central Africa is from Africa’s Great Civilizations, hosted by Henry Louis Gates, Jr. The six-hour series touches on two hundred thousand years of history. Some background from The Metropolitan Museum of Art:

Iron smelting and forging technologies may have existed in West Africa among the Nok culture of Nigeria as early as the sixth century B.C. In the period from 1400 to 1600, iron technology appears to have been one of a series of fundamental social assets that facilitated the growth of significant centralized kingdoms in the western Sudan and along the Guinea coast of West Africa. The fabrication of iron tools and weapons allowed for the kind of extensive systematized agriculture, efficient hunting, and successful warfare necessary to sustain large urban centers…

The highly specialized skills of ironworkers were so prized that such artisans were often itinerant and moved where they were needed, or even traveled with armies into battle. This traffic expanded the social contact that occurred between Nigeria’s major kingdoms and therefore fostered the rapid exchange of knowledge and spiritual beliefs.

Read more about The Age of Iron in West Africa, the Nok culture of Iron Age Nigeria, and the Nok Terracottas. 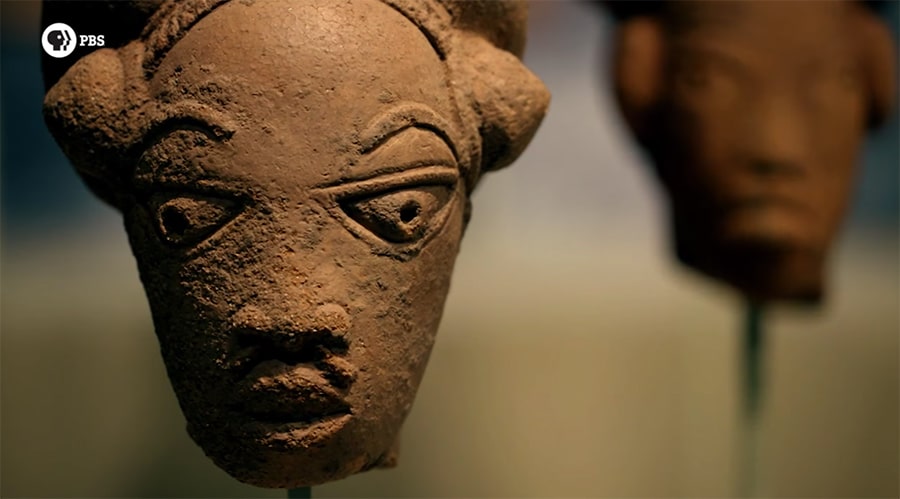 Watch more videos from Africa’s Great Civilizations at PBS.org, or watch the entire series for free on Amazon Prime.

Then explore more archaeology, more metalsmithing, and more history videos on this site.