The view from the top of Sutro Tower

Completed in the summer of 1973, Sutro Tower is one of San Francisco’s iconic landmarks. The city’s residents regularly look to it, both on clear days and when a blanket of fog glides across its base, but they don’t usually get to see what the city looks like from the 298-meter (977-foot) high tower itself.

In this KQED News video from 2015, reporter Jessica Plazcek takes a once-in-a-lifetime trip in the tower’s slow and small cage elevator to see the view from the top. 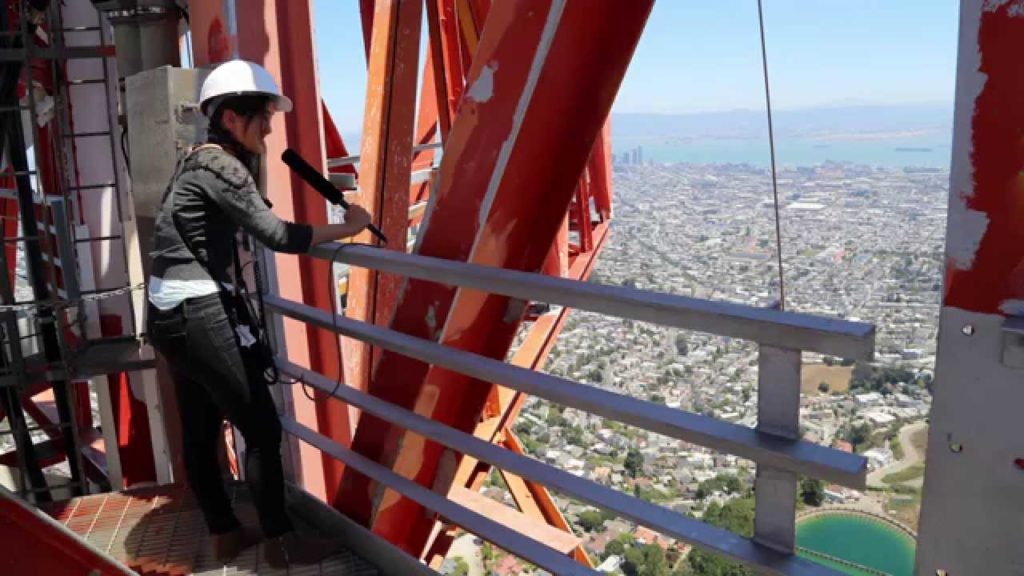 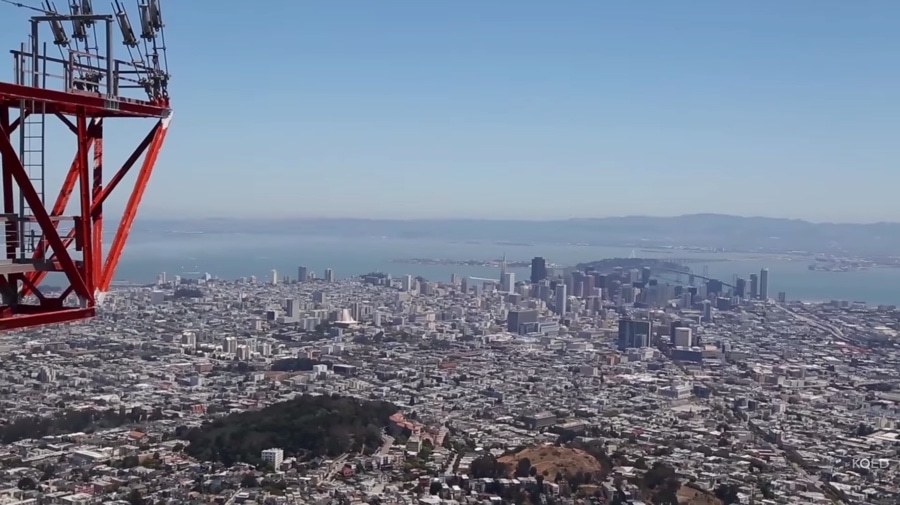 The Sutro Tower™ is named for the hill at its base, Mount Sutro, which is named for Adolph Sutro, a Prussia-born Gold Rush engineer and real estate investor who was elected mayor of San Francisco in 1894. His grandson, Adolph G. Sutro, built a mansion on the hill in the 1930s and sold it in 1948 to American Broadcasting Company, for use as the transmitter site for its new television station, KGO-TV…

In the mid-1960s, Bay Area television stations were receiving complaints of poor reception in many parts of the area. They conceived a project to build a taller tower and a larger transmission building to accommodate most of the stations in the Bay Area… After years of hearings and litigation, construction of the $4 million Sutro Tower project began in 1971. 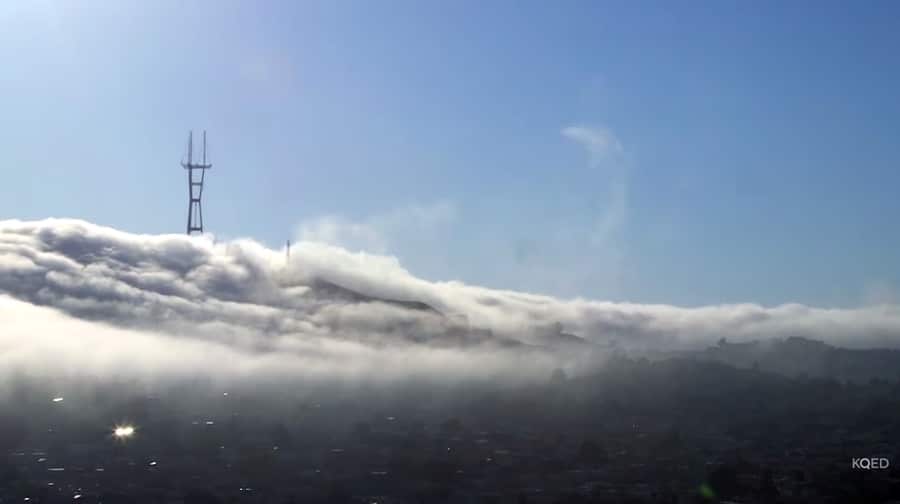 Related videos: The Unseen Sea, a time lapse of clouds and fog around San Francisco, The Solitary Life of Cranes, and changing a light bulb at the top of a 1500 foot TV tower.

The Solitary Life of Cranes, a trailer

Preserving the Forest of the Sea

Measuring the Berlin TV Tower with a ruler

Inside the Elizabeth Tower and Big Ben’s Restoration

Inside the Compost Cycle: Turning waste to nutrient-rich soil