Researchers from MIT and TU Munich have debuted an insect-like, miniature, self-assembling origami robot at ICRA 2015. The tiny bot is 1.7cm by 1.7cm and is made of a neodymium magnet, PVC, and polystyrene or paper. When placed on a heating element, the PVC contracts, folding the bot at its pre-defined creases.

Professor Daniela Rus and Shuhei Miyashita introduce the technology in the MIT video above. 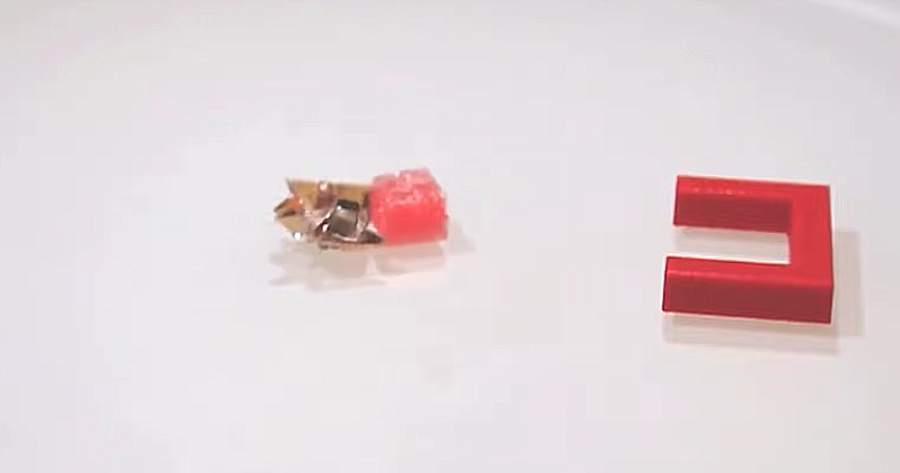 It moves thanks to a magnetic field that turns on and off quickly, making the robot oscillate in a forward direction to walk. From IEEE Spectrum:

“…from a flat sheet with a magnet on it, their robot folds itself up in just a few seconds, is immediately ready to zip around on land or water driven by magnetic fields, and then when you’ve run out of things to do with it, drive it into a tank of acetone and it’ll dissolve. This is the first time that a robot has been able to demonstrate a complete life cycle like this…” 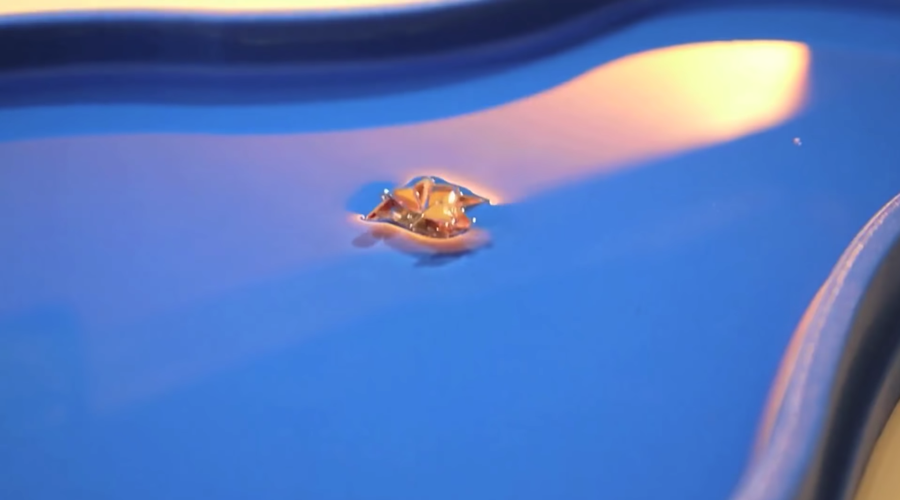 Imagine having a fleet of tiny bots that can perform tasks and then can disappear almost without a trace. Read more (and see diagrams) of the mini origami robot at ieee.org.

Stanford’s MicroTug robot can pull 2,000x its weight on glass