The film documents their different feeding and burrowing behaviors over the course of 11 weeks in 2019, and catches sight of a small worm cocoon (egg casing). He writes:

The footage of an adult worm [A. caliginosa] carefully “tucking in” its freshly laid egg cocoon to ensure it is in good contact with the soil (and thereby preventing it from drying out) is the most exciting part of the whole movie. And, of course, after two months the cocoon hatches and there are baby earthworms! 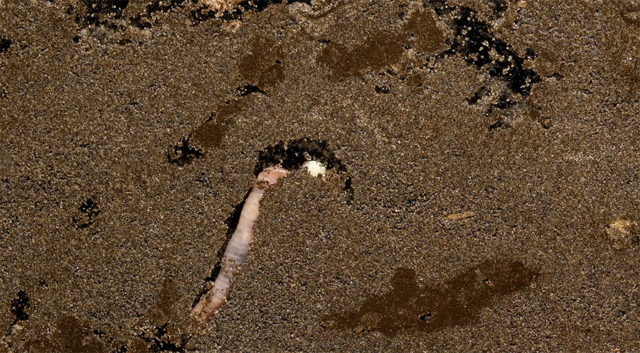 Filmed on behalf of Soil in Action, as well as for use in classrooms and for educational lectures, the time-lapse captures A. caliginosa‘s preference for eating soil organic matter (vs leaves). L. rubellus feeds on leaf litter and the fungi growing on it. L. terrestris appears to drag its food down into permanent burrows. Notes throughout the film translate each scene. 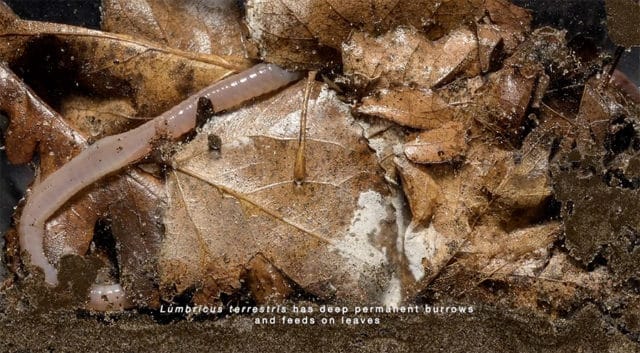 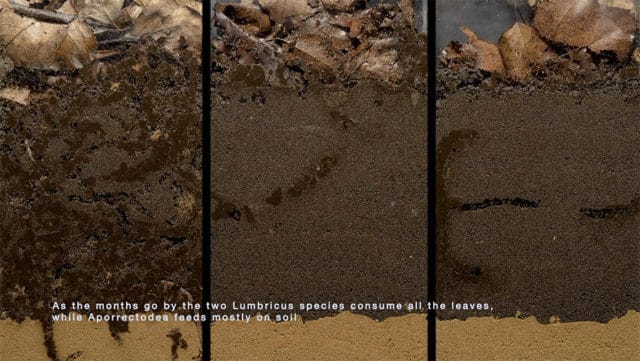 Earthworms are key species for maintaining soil health and, in turn, helping us grow healthy food. Related learning: Life cycle of an earthworm and The Living Soil: Earthworms.

Watch these soil and worm videos next:
• Soil Life in Action: Bioturbation with and without soil fauna
• Vermicomposting: How worms can reduce our waste
• Vermicomposting with red wigglers, a time lapse
• The Secret History of Dirt, a smart soil explainer for all ages