What funerary treasures were found hidden within The Tomb of Tutankhamun, the most famous of the possible 63 tombs in the Valley of the Kings? This National Geographic clip from The Lost Treasures of Egypt goes behind the scenes at Cairo’s Grand Egyptian Museum, the $1-billion museum and research facility. GEM, also called the Giza Museum, is the new home of Egypt’s ancient artifacts, including the complete 5,000-piece Tutankhamun collection.

When Howard Carter’s team opened the tomb in November 1922, they discovered a wealth of treasures and gifts the king would need in the afterlife, six disassembled golden chariots, his throne, and provisions of food and wine. Concealed behind a false wall was a stone sarcophagus protecting a gold plated coffin. Inside it, two more coffins, the innermost made of solid gold and covered in gemstones. And inside that, the mummy of Tutankhamen, wearing a magnificent death mask, the most famous find in all of Egypt.

GEM conservator Ahmed Abdrabou and his research team are studying how artisans built Tutankhamun’s golden coffin with wood, gold leaf, and a mystery layer that has been a secret for 3,300 years. 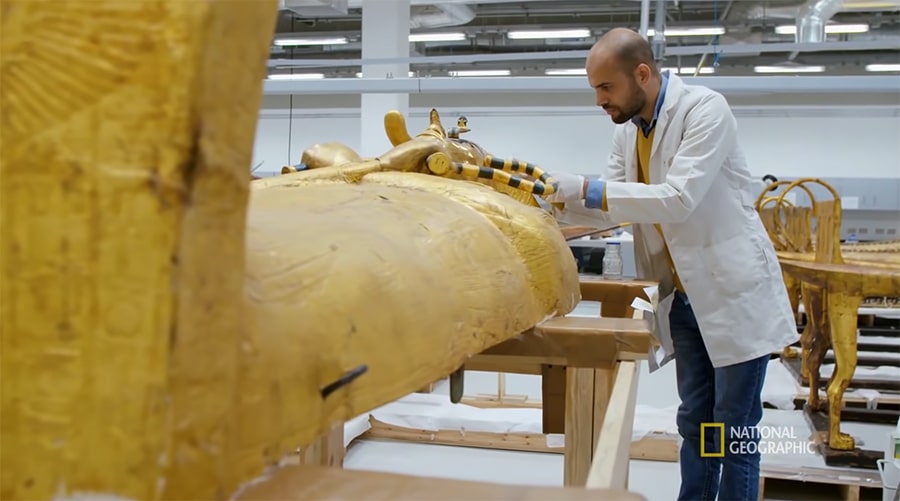 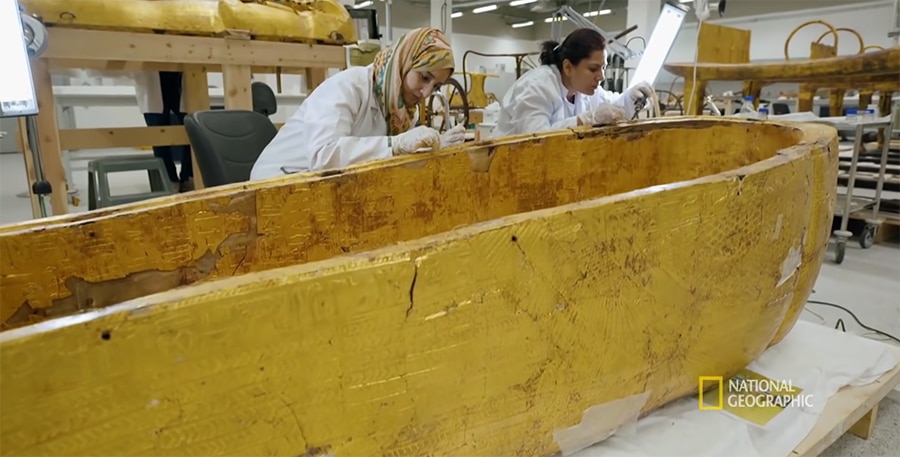 Related reading: Tutankhamun’s first tour and its influence on popular culture and 10 things you didnt know about Tutankhamun.

Then watch this video: Ancient Egyptian Tombs Were Crammed Full of Snacks.

Plus: Unmasking the Secrets That Ancient Mummies Hold and The Great Pyramid of Giza was bright white and highly polished.

The Archaeology of Crossrail and the history of London