A tortoise beetle taking off in slow motion

Andreas Kay documented the diversity of life in Ecuador as an independent scientist. The German-born physicist, biologist and photographer developed a special setup for taking macro videos and photos of insects. These tortoise beetle videos, including this one of it taking off in slow motion, are excellent examples of how much detail he was able to capture.

Tortoise beetles, Cassidinae own their name to the carapace under which they can find shelter like a tortoise, with the difference that their carapace can open for flight. This species with the scientific name Stolas coalita is from the Amazon rainforest of Ecuador.

Watch it walk more on a spherical treadmill:

Then see more Stolas coalita photos on his Flickr account, which includes over 30,000 photos, his contribution to “raising awareness for these threatened treasures of Ecuador.” He explains:

Ecuador is one of 17 megadiverse countries, it actually has the highest biodiversity per square kilometer of any nation, with over 1660 species of birds, some 4000 species of butterflies and thousands of colorful moths, more than 500 amphibians, as well as a unique flora with e.g. over 4300 species of orchids. 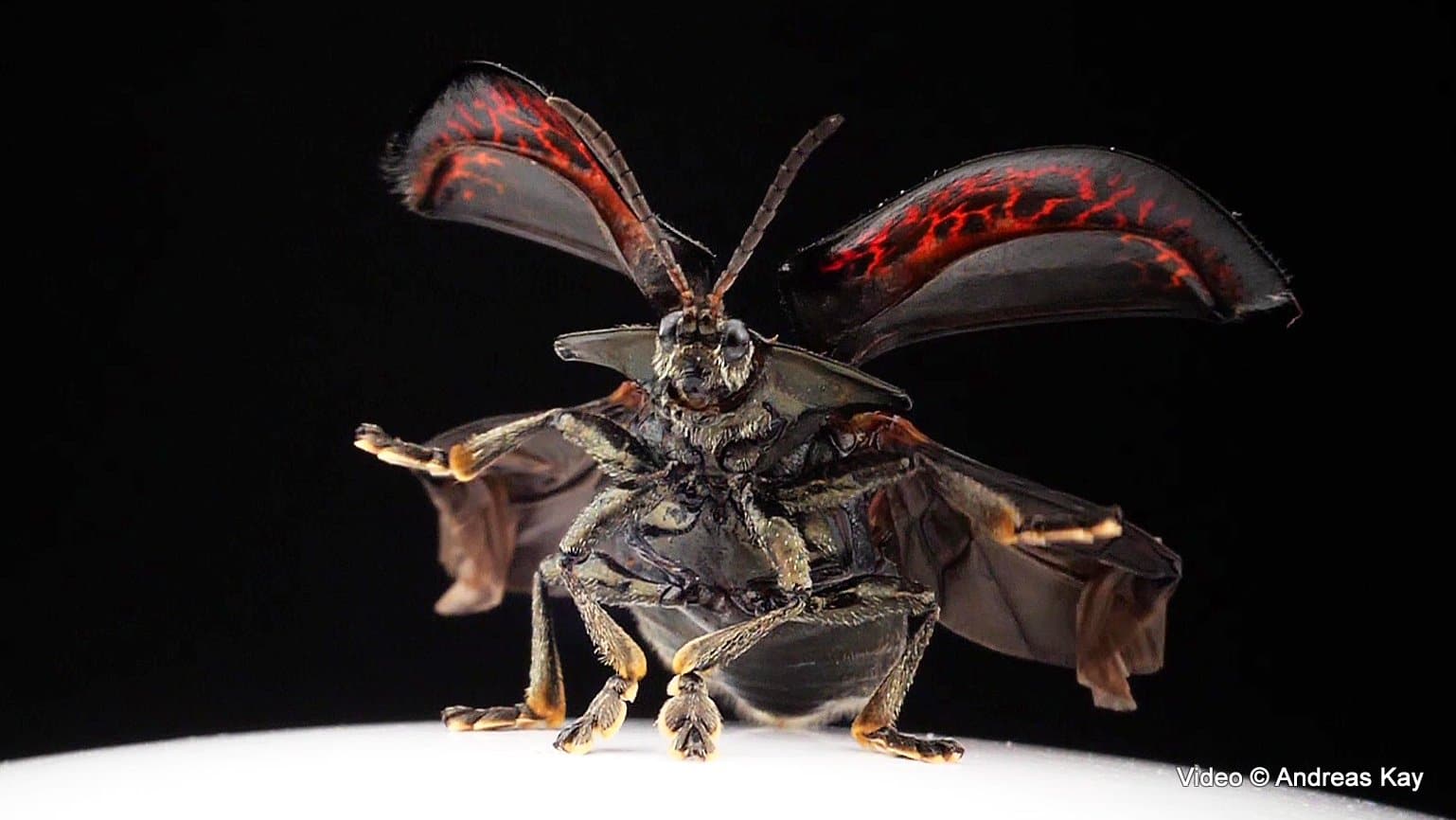 See more videos of beetles on TKSST, including jewel bugs and beetles take off in slow motion and slow-motion ladybugs look like they can’t fly before they do.

Plus, watch more videos from Ecuador.

The large and surprising creatures of InsecthausTV