This is not an animation. This is real NASA footage of the Perseverance rover‘s descent and landing on Mars, specifically in Jezero Crater, on Feb. 18, 2021. “This video of Perseverance’s descent,” explains Thomas Zurbuchen, NASA associate administrator for science, “is the closest you can get to landing on Mars without putting on a pressure suit.”

The EDL (entry, descent, and landing phase) video footage was filmed by four of Perseverance’s 25 cameras as it made its way down to the Martian surface. It starts with the Straighten Up and Fly Right maneuver, a name referencing Nat King Cole’s 1943 song. From NASA:

The world’s most intimate view of a Mars landing begins about 230 seconds after the spacecraft entered the Red Planet’s upper atmosphere at 12,500 mph (20,100 kph). 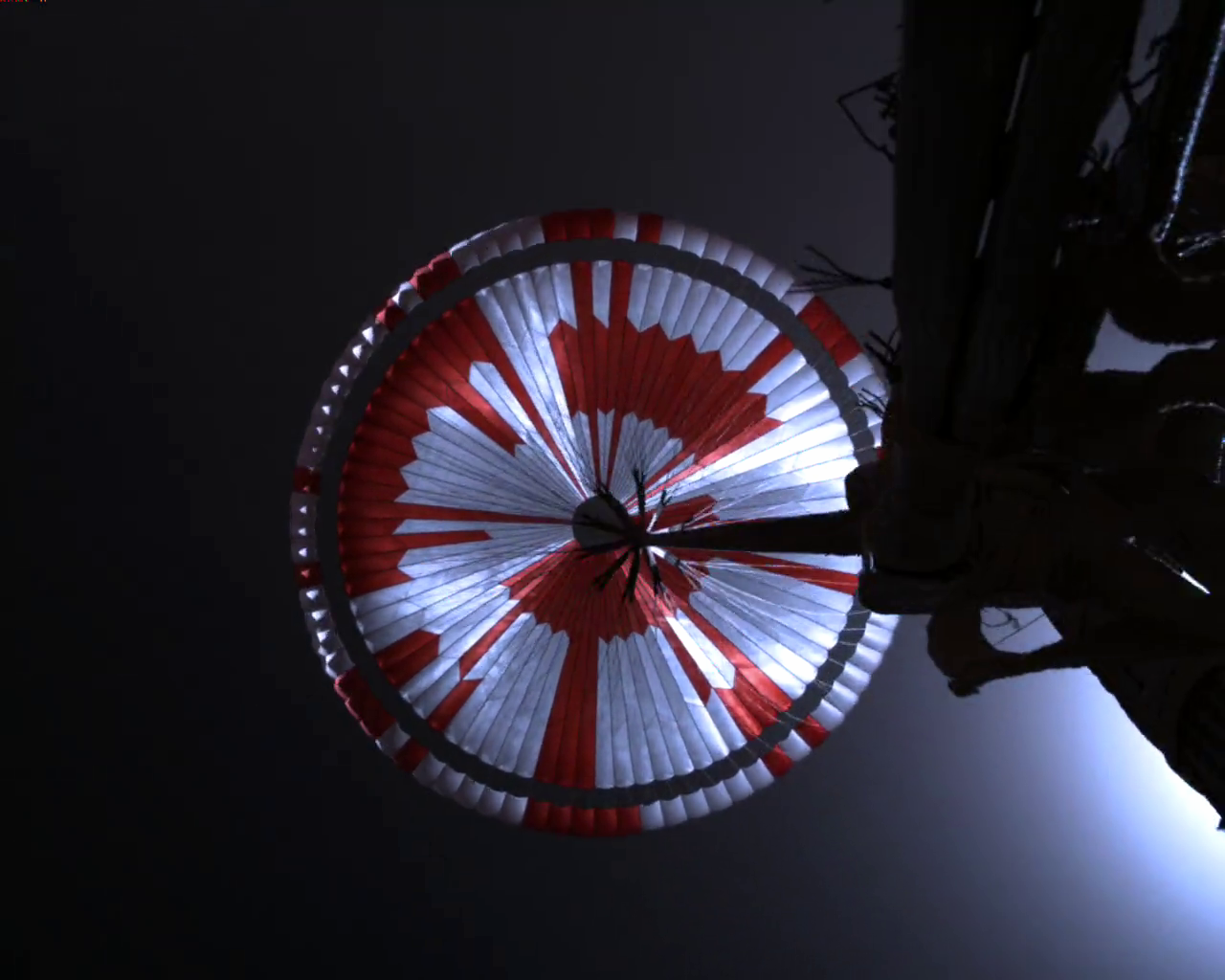 Update: NASA JPL’s motto and their California coordinates were encoded on the Perseverance Rover’s parachute using a pattern representing letters as binary computer code. Check out this pdf by UK-based PhD researcher Tanya Fish to help decode their secret message.

The video opens in black, with the camera lens still covered within the parachute compartment. Within less than a second, the spacecraft’s parachute deploys and transforms from a compressed 18-by-26 inch (46-by-66 centimeter) cylinder of nylon, Technora, and Kevlar into a fully inflated 70.5-foot-wide (21.5-meter-wide) canopy – the largest ever sent to Mars. The tens of thousands of pounds of force that the parachute generates in such a short period stresses both the parachute and the vehicle.

The video continues with the heat shield release and the swinging descent by parachute as the rover gets its first clear images of the planet’s surface, not only by these human-pleasing camera views but by sensors designed to help it land successfully.

The Martian landscape quickly pitches as the descent stage – the rover’s free-flying “jetpack,” which decelerates using rocket engines and then lowers the rover on cables to the surface – breaks free, its eight thrusters engaging to put distance between it and the now-discarded back shell and the parachute.

Then, 80 seconds and 7,000 feet (2,130 meters) later, the cameras capture the descent stage performing the sky crane maneuver over the landing site – the plume of its rocket engines kicking up dust and small rocks that have likely been in place for billions of years.

At that point in the video, we can see three synchronous views of the landing before touchdown is confirmed.

Follow this with 7 Minutes to Mars: NASA’s Perseverance Rover Attempts Most Dangerous Landing Yet, a pre-landing video with animated demonstrations and interviews that describe the design of the mission’s arrival. 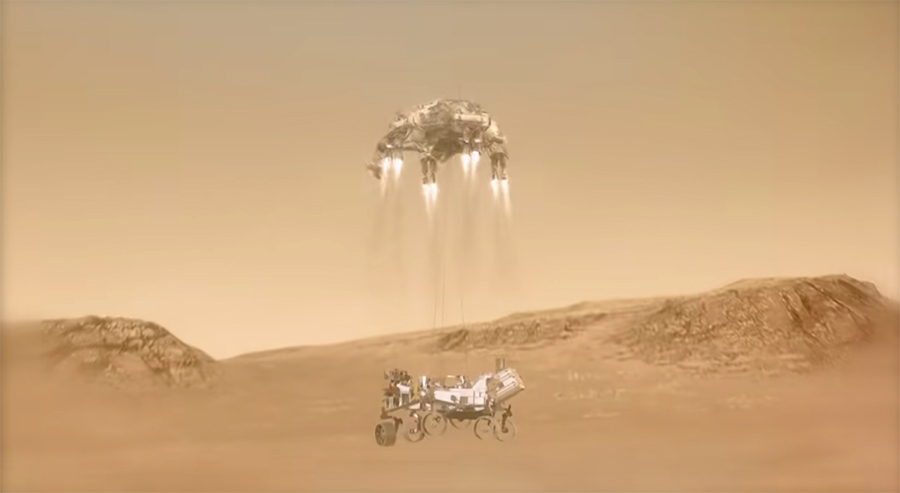