On rare nights with clear visibility over powerful distant thunderstorms, you might be able to see and capture red sprites. Sprites are large scale electrical discharges occurring high above thunderstorms in the upper atmosphere. They are massive events, sometimes 50 kilometers tall by 50 kilometers wide. 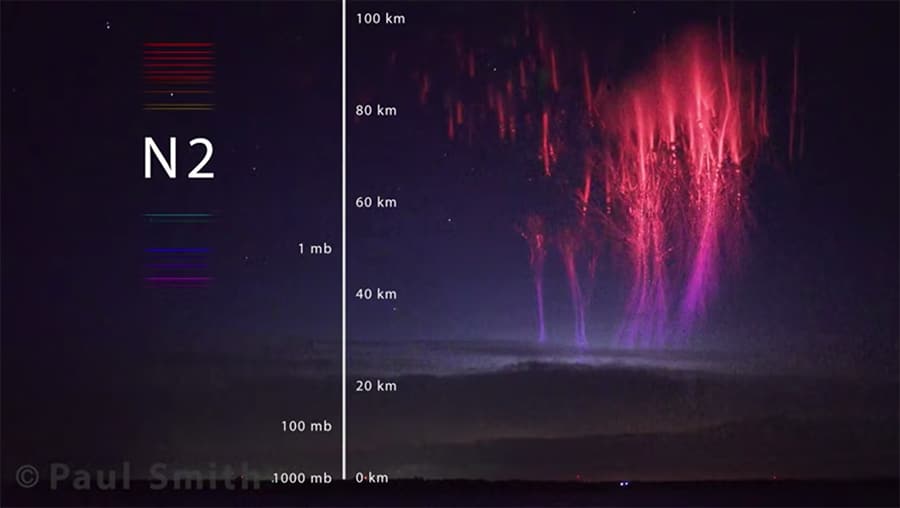 Other TLE’s include halos, Elves, trolls, secondary jets, Blue starters, Blue jets and the magnificent gigantic jets. But what exactly are these transient luminous events, and how do they form?

Pecos Hank explains the chemistry and the physics of these glowing phenomena while reviewing the footage. Schyma and Smith also share what they’re now calling GhOSTs: “Green emissions from excited Oxygen from Sprite Tops.”

But are the green “mini-auroras” really made from oxygen? From MassiveSci in October 2020:

Atomic oxygen isn’t the only thing in our atmosphere that will glow green. Even nitrogen can, although scientists expect the relative strength of this emission to be low. [NASA Goddard scientist Burcu] Kosar says they still need to analyze the spectrum to be sure of the source. She is working on understanding this and hopes to publish her results soon. 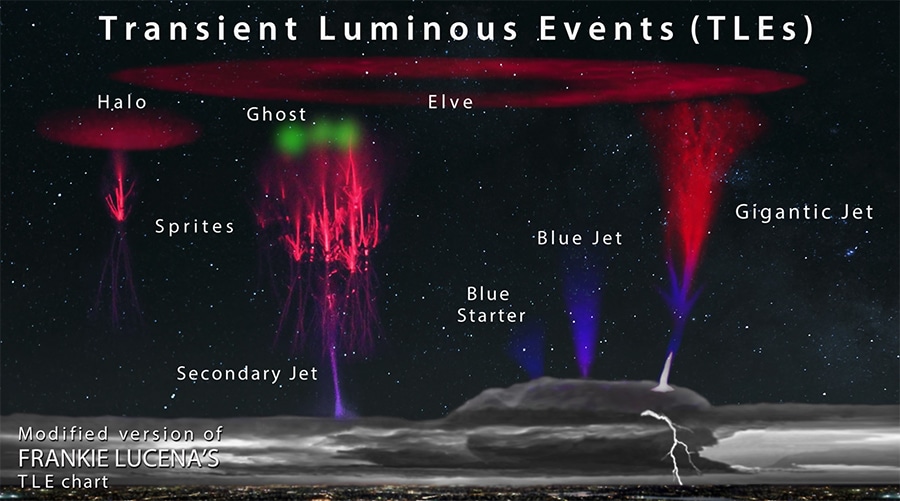 Enjoy more lightning, storms, and auroral phenomena:
• The Dunes Aurora, a newly-documented phenomenon
• The Aurora Named STEVE
• Airglow and the secrets behind Earth’s colorful ionosphere
• How the Aurora Borealis is created
• Lightning captured at 7,207 images per second
• Two years of storm chasing in 3.5 minutes

Plus: Where does Space begin?

The science of static electricity