Chimbu is a six-month-old male Goodfellow’s tree kangaroo joey at Healesville Sanctuary, located just outside of Melbourne, Australia. In the Zoos Victoria video above, he’s exploring beyond his mother Mani’s pouch for the very first time. 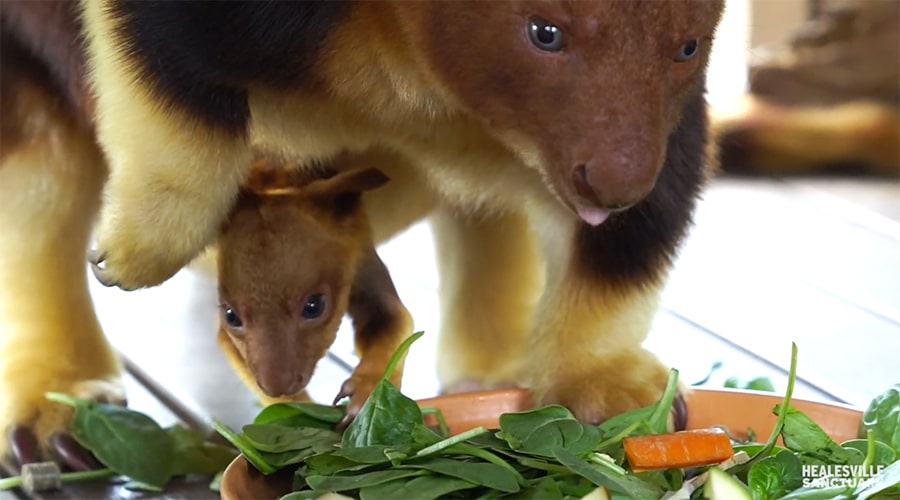 “Chimbu is named after an area in Papua New Guinea where his wild cousins live.” From Wikipedia:

The species is native to the rainforests of New Guinea, and the border of central Irian Jaya in Indonesia…

Like other tree-kangaroos, Goodfellow’s tree-kangaroo is quite different in appearance from terrestrial kangaroos. Unlike its land-dwelling cousins, its legs are not disproportionately large compared to its forelimbs which are strong and end in hooked claws for grasping tree limbs, and it has a long tail for balance. All of these features help it with a predominantly arboreal existence.

Young Kofi, in the 2018 video below, was the first tree-kangaroo joey born at the sanctuary. Filmed at eight months old, he’s active and a bit mischevious. Enjoy: 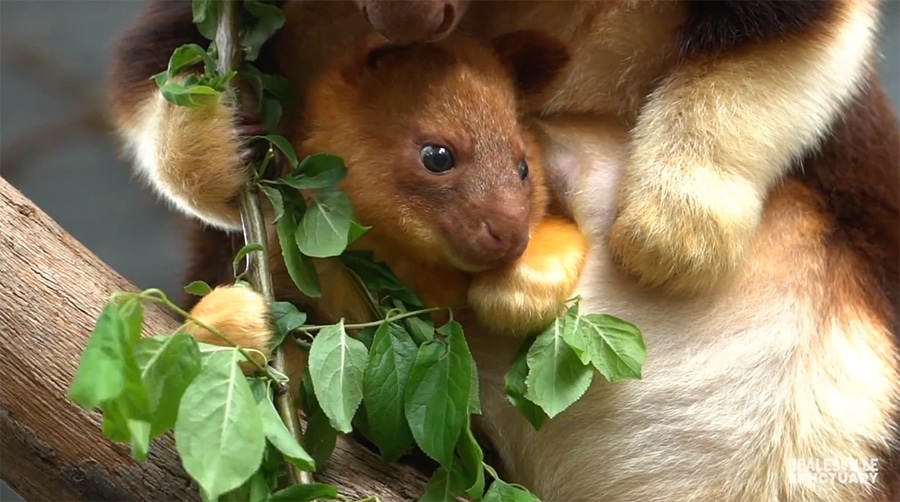 Also: A tiny newborn kangaroo climbs into its mother’s pouch.

Want to see a quokka eat a leaf?

Up close with Gem the common wombat