In August of 2013, two rare Sumatran tiger cubs were born to tiger mom Kaitlyn at Australia Zoo in Queensland. First named Spot and Stripe, the twins were featured in the three-part 2014 BBC series Tigers About the House, in which British tiger expert Giles Clark hand-rears the cubs in his home.

One-third of Sumatran cubs don’t survive in captivity, so Clark, then the Head of Australia Zoo’s tiger department, took them home for around-the-clock care.

Sumatran tigers, also known as Sunda tigers, are also critically endangered due to unrelenting loss of habitat and poaching in their native home on Indonesia’s Sunda Islands.

The clip above, shared by BBC Earth Kids, features the tigers’ safe arrival and the excitement of Clark and the zoo team during their birth. 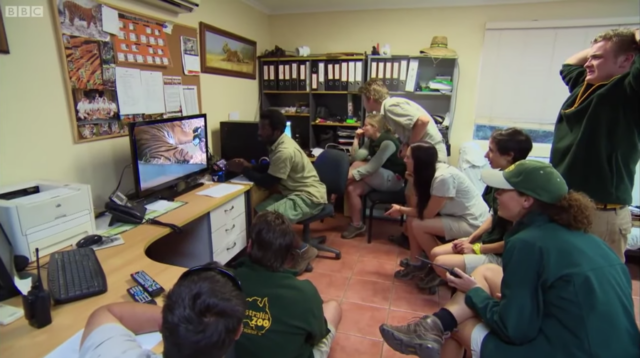 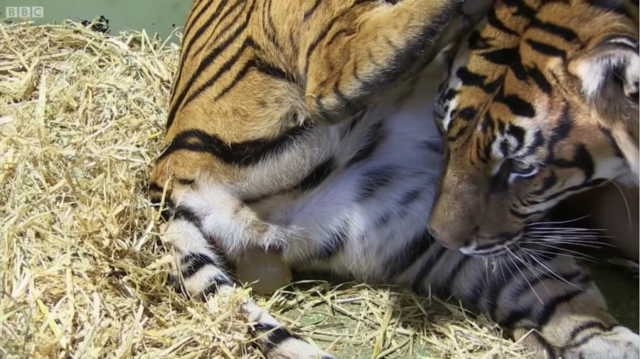 Spot and Stripe are now grown tigers named Hunter and Clarence. Hunter lost his eyesight from a congenital eye condition and continues to thrive under care at Australia Zoo. Clarence has since become a father to cubs at Taronga Zoo Sydney. A few facts shared in 2019:

“The Sumatran Tiger is critically endangered, with as few as 350 remaining in the jungles of Sumatra, Indonesia. Threats to the Sumatran Tiger include land clearing for unsustainable palm-oil plantations, and the illegal wildlife trade.” 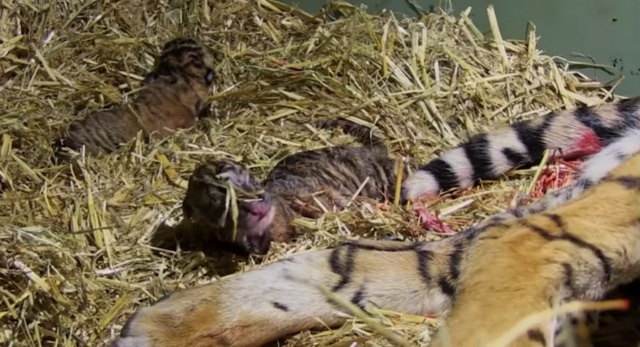 Watch another Tigers About the House clip: Twin tiger cubs meet an adult tiger for the first time.

Plus: The three different ways mammals give birth.

The spectacular birth of baby slugs

The 12 animals of the lunar calendar