Visit Emancipation Hall, the Crypt, the Rotunda, and National Statuary Hall in the video tour of the U.S. Capitol, above. This Architect of the Capitol video was released in April 2020 as a virtual field trip for all ages. 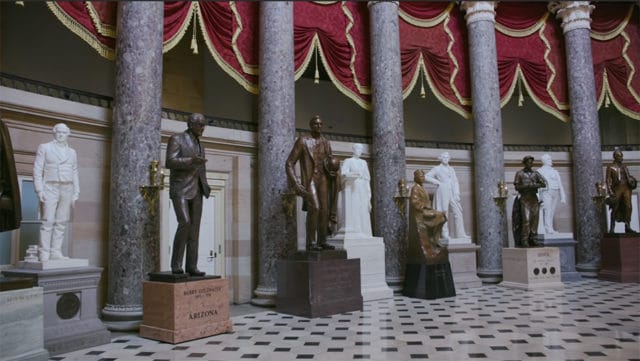 The Architect of the Capitol (AOC) is rooted in a tradition of unique craftsmanship and ingenuity. Tracing its beginnings to the laying of the U.S. Capitol cornerstone in 1793, the AOC is responsible for the operations and care of more than 18.4 million square feet of facilities, 570 acres of grounds and thousands of works of art. The Capitol campus is home to 30,000 daily occupants and hosts more than 3 million visitors annually. 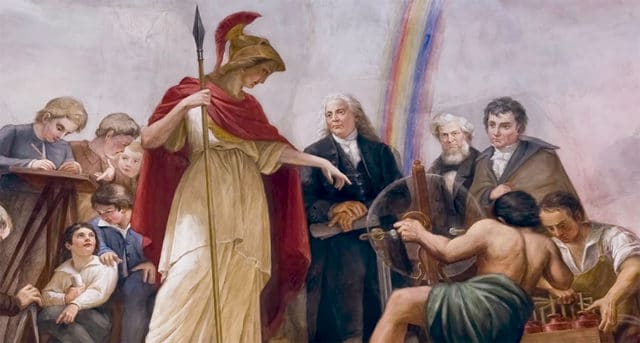 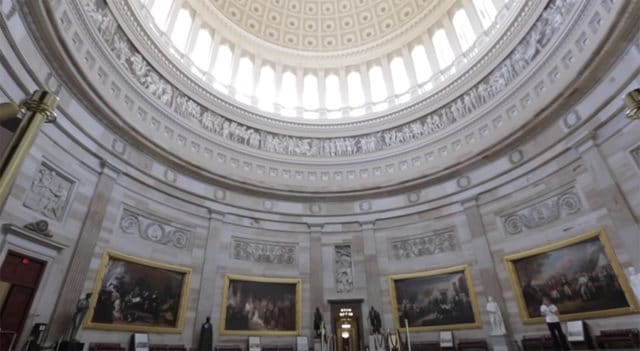 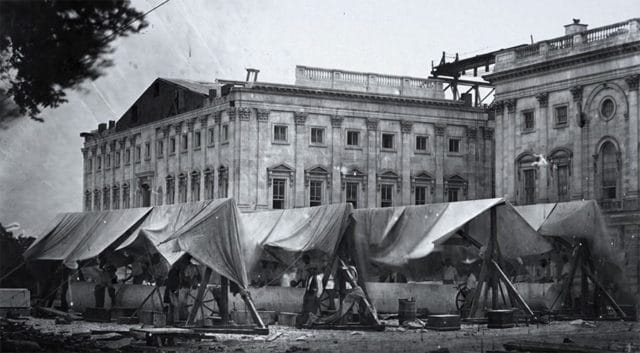 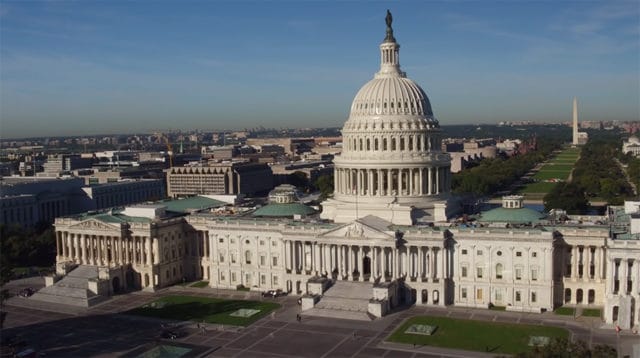 Related reading: U.S. Capitol Clean-up. “Hear from a few employees about the incredible effort they and their teams put forward in the aftermath of the Capitol breach on January 6, 2021.”

TEACHING RESOURCE:
• Resources for Distance Learning and Virtual Visits
• The Capitol Campus Art Collection
• Three ways to teach the insurrection at the U.S. Capitol, a lesson plan from PBS NewsHour

Plus, watch more architecture, civics, and history videos:
• A Tour of the White House’s West Wing in Sign Language
• Marian Anderson’s ‘defiant performance’ at the Lincoln Memorial
• Notable Women, an AR app that adds 100 historic American women to U.S. currency
• Château de Versailles, before and after the Revolution
• The amazing secret architecture of Oxford University Museum of Natural History