As the Roman Empire flourished, Scandinavians had small settlements and no central government. Yet by the 11th century, they had spread far from Scandinavia, gaining control of trade routes throughout Europe, conquering kingdoms as far as Africa, and building outposts in North America. What was the secret to their success?

Learn about the history of Viking ships, specifically the Viking longship from the 9th through the 13th centuries, with this TED-Ed lesson by Jan Bill. Directed by TOTEM Studio. 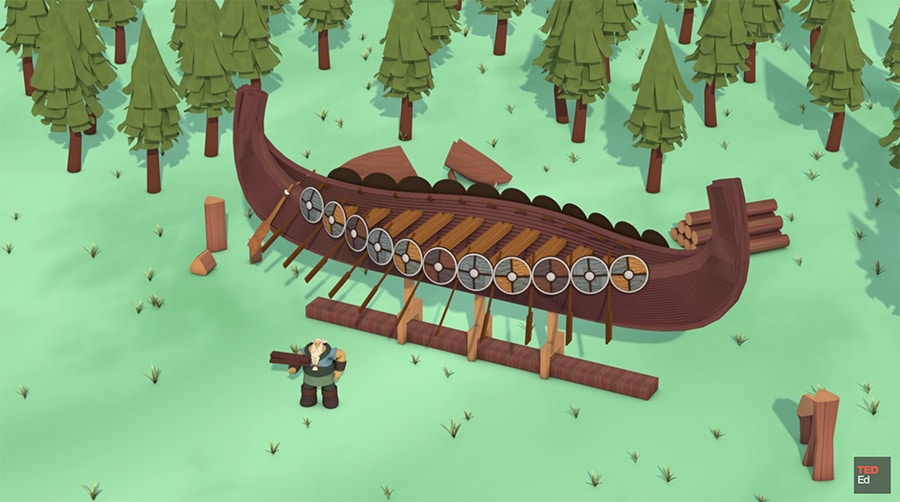 The longships were characterized as a graceful, long, wide and light, with a shallow-draft hull designed for speed. The ship’s shallow draft allowed navigation in waters only one meter deep and permitted arbitrary beach landings, while its light weight enabled it to be carried over portages or used bottom-up for shelter in camps. Longships were also double-ended, the symmetrical bow and stern allowing the ship to reverse direction quickly without a turn around; this trait proved particularly useful at northern latitudes, where icebergs and sea ice posed hazards to navigation. Longships were fitted with oars along almost the entire length of the boat itself. Later versions had a rectangular sail on a single mast, which was used to replace or augment the effort of the rowers, particularly during long journeys. 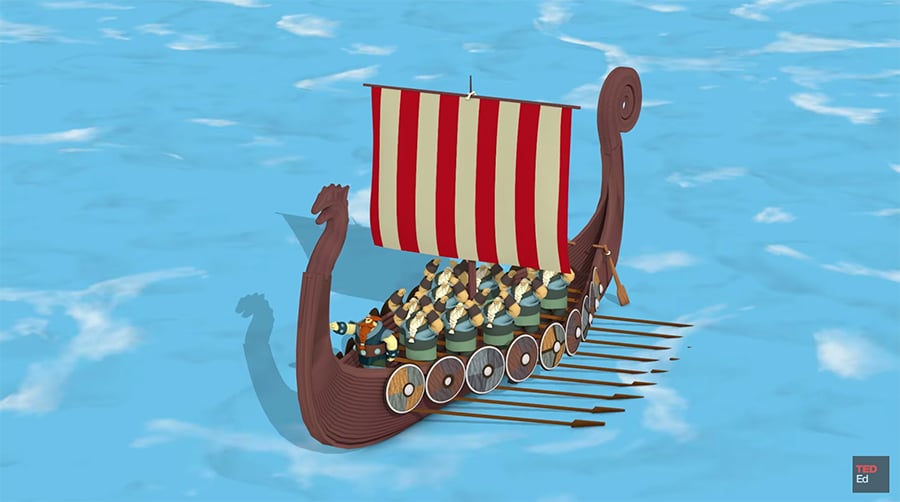 The average speed of Viking ships varied from ship to ship, but lay in the range of 5–10 knots (9.3–18.5 km/h) and the maximum speed of a longship under favourable conditions was around 15 knots (28 km/h).

The Viking longships were the type of naval power in their time and were highly valued possessions. Archaeological finds show that the Viking ships were by no means a standard type vessel. It demonstrated true individual designs with its designers’ footprints and often had regional characteristics. For example, the choice of material was mostly dictated by the regional forests, which is pine from Norway and Sweden, and oak from Denmark. Moreover, each and every one of these Viking longships had particular features adjusted to the natural conditions they were exposed to. 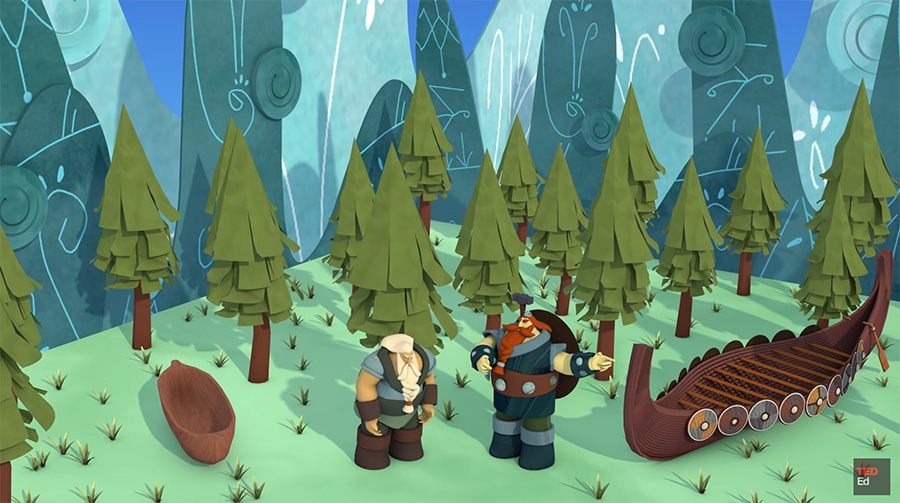 Watch these excellent videos about boats next:
• A 3,500 ton combat ship get launched sideways.
• Shaped on all Six Sides, a short film about wooden boat carpentry
• Slingshots of the Oceanic

Plus, watch more history videos from TED-Ed, including:
• How did Polynesian wayfinders navigate the Pacific Ocean?
• The rise and fall of the Inca empire
• How was the International Space Station built?

Time lapse at the Port of Long Beach: The Art of Stevedore

Slingshots of the Oceanic: The genius of ancient Pacific mariners