Comparing different versions of familiar stories can be a great example of how many ways there are to see the world. The video above is a fascinating example: Winnie-the-Pooh or Vinni-Pukh (Винни-Пух, 1969) by Russian animator Fyodor Khitruk. From Open Culture:

Created between 1969 and 1972, Khitruk’s three films star a bear named “Vinni-Pukh” who looks nothing like the Winnie the Pooh that Westerners grew up with. (You can see the original illustrations of Pooh by E.H. Shepard here.) But viewers will certainly recognize the storyline and spirit of the original Pooh in the Soviet adaptations. For decades, these films have enchanted East European viewers, both young and old. And they still occasionally appear on Russian TV. 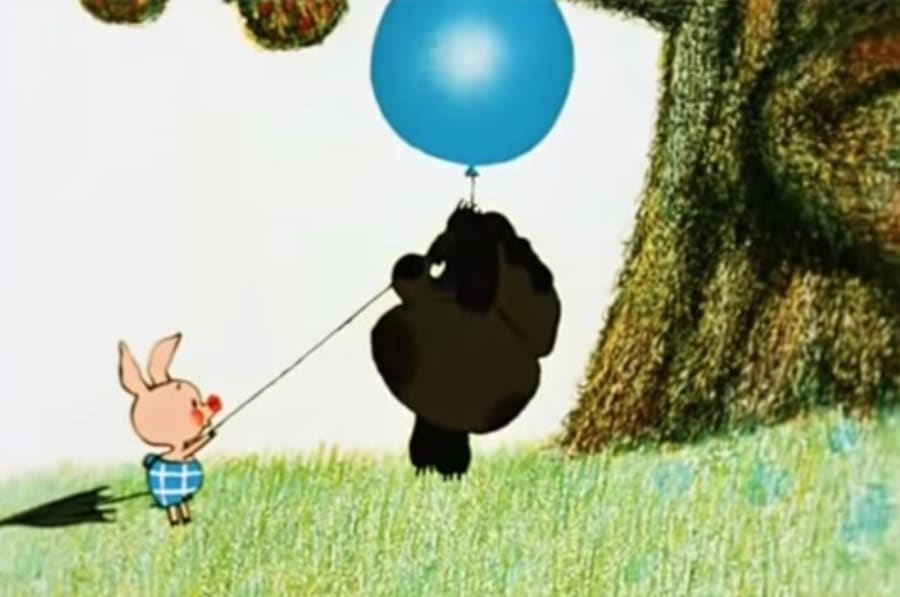 It’s also fun to watch videos in another language. How much is communicated via context, patterns, intonations, and gestures? (You can also click the CC button at the bottom of the video for English subtitles.)

Watch this next: Hedgehog in the Fog (Ёжик в тумане).

The figurative sculptures of a 12-year-old found objects artist

The Cloudy Dog Talks About…