Imagine hunting around the landscape of Montana for a small fossil or two and discovering a nearly complete T. rex skeleton. This is what happened for Kathy Wankel and her family on a hike in 1988. Wankel recalls, “I said, ‘I think I found a megafind!’ I don’t a human had ever seen those bones before.”

And now the bones will be seen by millions. The Wankel T. rex is the centerpiece of Washington D.C.’s Smithsonian National Museum of Natural History‘s newly renovated fossil hall.

This Washington Post video chronicles its journey from the earth to the Museum of the Rockies to D.C. to Trenton, Ontario and back to D.C. for the Smithsonian. 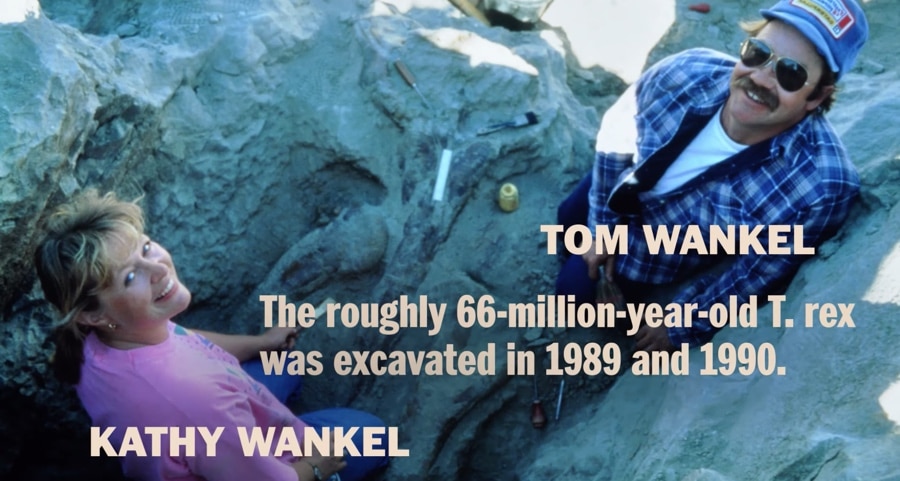 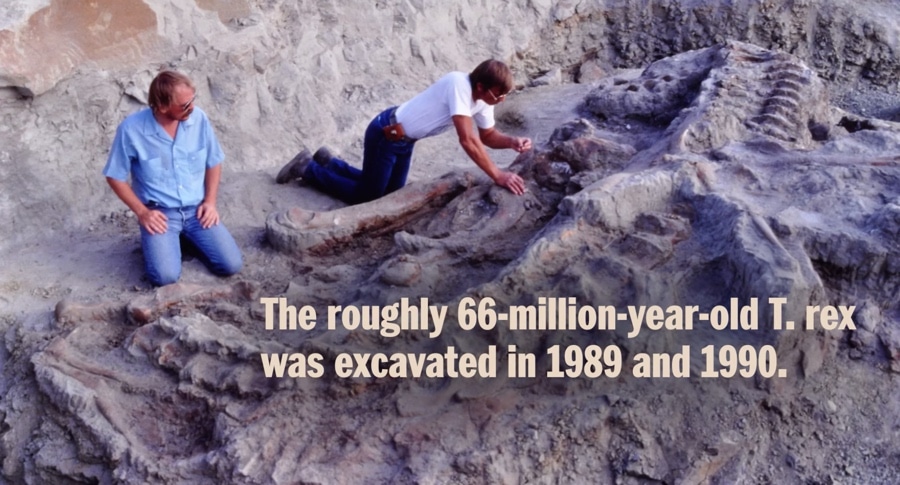 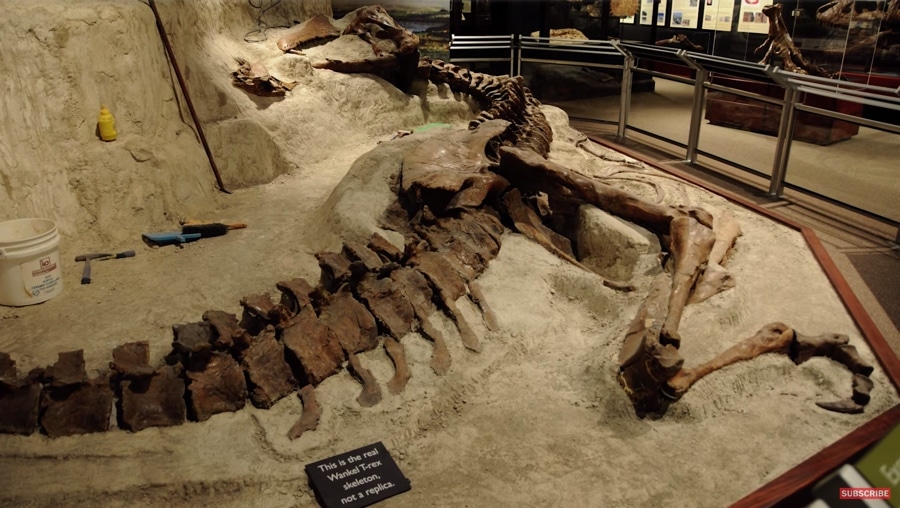 But how had the Wankel T. rex—also called ‘the Nation’s T. rex’ and MOR555—been preserved mostly-intact for 66 million years? From The Washington Post:

A long time ago, in a part of this state that is now arid desert but was then humid swampland, an egg hatched. It was the beginning of an epoch-spanning life story that continues still, beginning a new chapter this week in the nation’s capital.

The egg is long gone. The skin and muscle of the animal that climbed out of it — 38 feet long and six tons once it grew — are history (or prehistory). But when it died on the banks of a creek after 18 good years at the top of the food chain, its bones settled into the enveloping mud. The current teased away the flesh, pushed its skull a few feet downstream, shifted a shoulder blade.

But more sediment filtered down, locking the skeleton in a geologic hug that would go unbroken — through 66 million winters, the collision of continents, the rise of mammals — until just before 9 a.m. on Labor Day in 1988, when Kathy Wankel caught a glimpse of that shoulder blade. 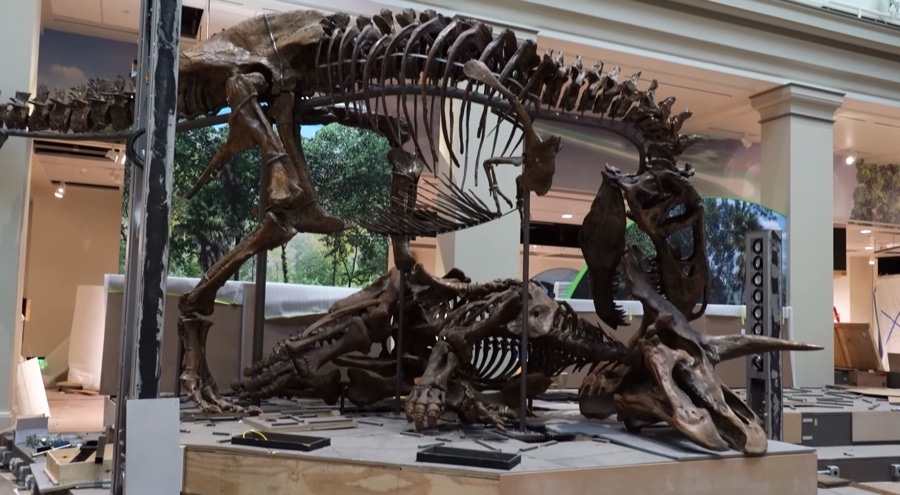 Watch more Tyrannosaurus rex videos on TKSST, including How Do You Dismantle a Dino? (Very Carefully), rebuilding a real T. Rex with scientific research & new tech, and what did a baby T.rex look like?