“The Pool Players. Seven at the Golden Shovel…” This was the scene that inspired Pulitzer Prize-winning poet Gwendolyn Brooks (1917 – 2000) to write her landmark 1959 poem, “We Real Cool“.

This paper-cut puppetry video, commissioned by the Poetry Foundation and created by Manual Cinema in association with Crescendo Literary, animates a May 3, 1983 recording of Gwendolyn Brooks speaking during an Academy of American Poets reading series held at the Guggenheim Museum in New York City.

The video’s story is by Eve Ewing and Nate Marshall with music by Jamila Woods and Ayanna Woods. From LitCharts:

The poem describes a group of teenagers hanging out outside of a pool hall. It imagines these teenagers as rebels who proudly defy convention and authority—and who will likely pay for their behavior with their lives. The poem isn’t overly pessimistic, however, and also suggests that such youthful rebellion may not be entirely in vain. It’s possible to read the poem as a warning against self-destructive behavior, and also as a celebration of people who risk their lives to challenge authority. 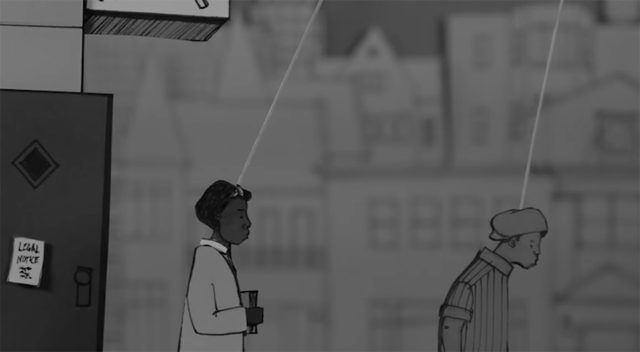 More about Gwendolyn Brooks from the Poetry Foundation:

“She was a much-honored poet, even in her lifetime, with the distinction of being the first Black author to win the Pulitzer Prize. She also was poetry consultant to the Library of Congress—the first Black woman to hold that position—and poet laureate of the State of Illinois. 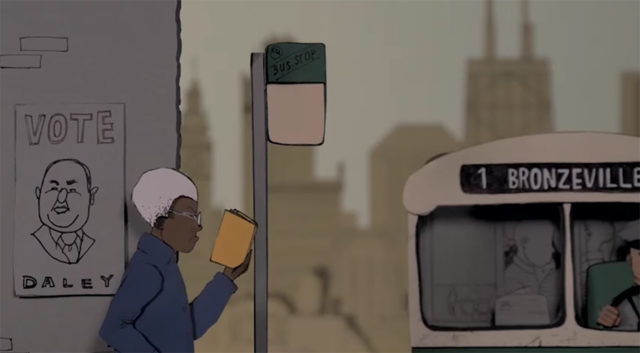 Many of Brooks’s works display a political consciousness, especially those from the 1960s and later, with several of her poems reflecting the civil rights activism of that period. Her body of work gave her, according to critic George E. Kent, “a unique position in American letters. Not only has she combined a strong commitment to racial identity and equality with a mastery of poetic techniques, but she has also managed to bridge the gap between the academic poets of her generation in the 1940s and the young Black militant writers of the 1960s.” 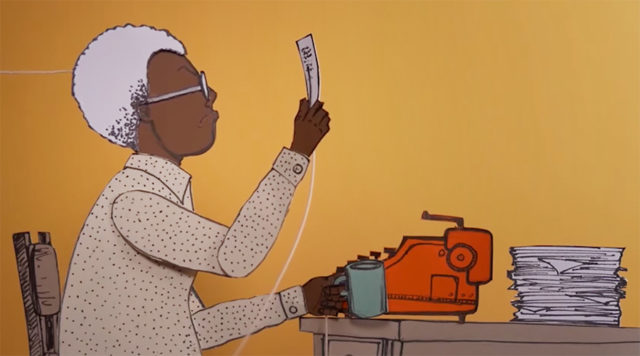 A companion to the 2017 live staged production of No Blue Memories: The Life of Gwendolyn Brooks, the poem was reprinted with the consent of Brooks Permissions.

Watch these poetry videos next on TKSST:
• “Talking Gets Us There” with Amanda Gorman and PBS Kids
• The Peace of Wild Things by Wendell Berry, animated
• Juneteenth, the 155th anniversary Google Doodle narrated by LeVar Burton