During a total lunar eclipse, the Earth’s shadow falls upon on a full moon. The sun’s light is blocked, turning the moon red. This is called a Blood Moon. From science.NASA.gov:

You might expect Earth seen in this way to be utterly dark, but it’s not. The rim of the planet looks to be on fire! As you scan your eye around Earth’s circumference, you’re seeing every sunrise and every sunset in the world, all of them, all at once. This incredible light beams into the heart of Earth’s shadow, filling it with a coppery glow and transforming the Moon into a great red orb when viewed from Earth.

The Blood Moon Lunar Eclipse above was filmed as a time lapse on April 14-15, 2014 by YouTuber Maxwell Palau. The April 4th, 2015 lunar eclipse will last just 4 minutes and 43 seconds for North American west coast and Pacific observers, and will be the shortest lunar eclipse of the century. 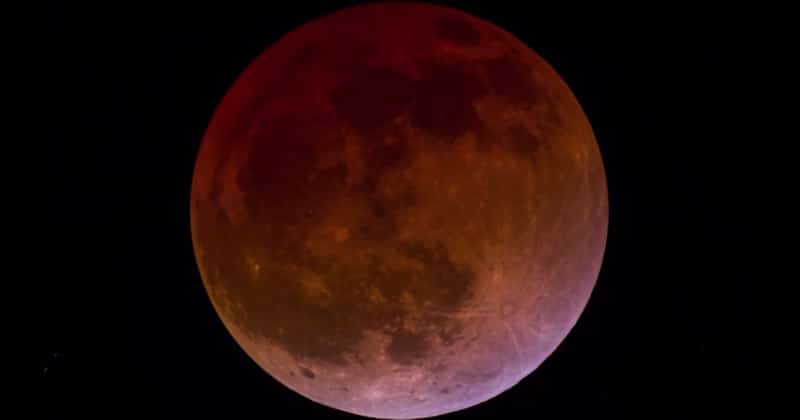 Update: Via NASA and from the Griffith Observatory in Los Angeles, here’s real time video of the Shortest Lunar Eclipse of the Century.

Watch this next: How do solar & lunar eclipses work?

Three proofs that Earth is round with NASA’s Michelle Thaller

The moon sets behind Teide Volcano in real-time